My poor doggie has PTSD from the 4th of July fireworks. 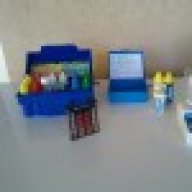 Last night we went out to see a fireworks show and of course, we left our dog Shelley inside the house. She seemed in okay spirits when we got home, but before we went to bed she must have been let outside accidentally. For several hours after we got home people on our block were letting off the type of fireworks you see at a show - the kind the fly into the sky and go *BOOM*!

This morning she was nowhere to be seen. A farmer about 6 miles away called my wife to report he'd seen her. Once my wife arrived, she was gone again, but the farmer's son managed to track her down with on their gator by following her tracks. She had minor lacerations on her head and belly and was so frightened that she laid down and played dead when my wife went to pick her up. She's been hiding in the house in a back room ever since she got home.

Hopefully the cuts were just the result of her jumping through barbed wire fences and not her getting hit by a car or attacked. We thought she might have been attacked by coyotes but my wife's friend who is a vet assistant said that would likely not happen on the 4th since the coyotes would be scared to death of the fireworks themselves and be hiding the entire night.

Anyway, remember to lock your pets inside during the 4th of July!!!!

Headed home from work now to tend to my Shelley.

I have a 3 1/2 year old boxer who is petrified of fireworks and loud noises in general. When I do dishes, she goes to find a place and hides until I'm done. The worst part for her is when I put them away. This last week has been horrible for her because of all the fire works so I know what you guys are going through with your baby.
D

My 5 yr. old Beagle/Bullie cross was never bothered by fireworks or thunder until her big brother passed away on March 28th. Her big brother was a 12 yr. old Bullmastiff mix that I adopted from a rescue when he was 4. Yesterday afternoon, while I was enjoying the pool with a friend and a cocktail, she kinda walked/jumped into my arms when the neighbors a couple doors down let off some boomers. She does not like to be in the pool so I was quite surprised. I just held her and walked around the flat shallow end for awhile. So far my 4 yr old Basset doesn't seem bothered by it. The only thing that gets him going is his sister or the microwave beeper--Dinner's Ready!

Toadlife--give your Shelley a hug from me. Hope she comes around soon. I did have one dog that was so bothered by it that I had to drug her so she didn't stroke out.
C

That very thing happened to us years ago with our lab/blue heeler. She was in a fenced in yard, but during the night she escaped because she was so scared. She wound up at the local pet shelter....she had been missing for 2 weeks. We put an ad in the local newspaper and someone called us to let us know they thought she was a stray and had the animal control guy pick her up! I was praying for her, and so my husband went and brought her back! Long story....every year at New Year's and Fourth of July she was in the house! She is no longer with us but that brought back alot of memories. I hope your baby will feel better! 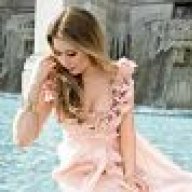 Unfortunately it looks like she may have been run over/hit by a car. The lacerations on her face look like road rash and her eye is swollen as if she was struck. I'm going to take her to the vet tomorrow. Can't really afford anything except for the office visit and maybe some antibiotics, so I can only hope she isn't hurt too bad. 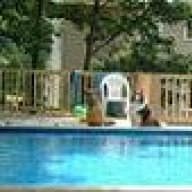 Ouch, good luck with that. Funny how some dogs are spooked badly but other dogs couldn't care less. My minnie collie doesn't care about fireworks or thunder, he may bark if one is close but that's it. My beagle/shepherd mix shakes until they are done. She tries to find a small place to hide that is close to one of my family. We went away for a few hours on the 4th and put her in her cage. She actually bent some of the cage wires breaking the welds to try and get away.

Good news. X-Rays showed no obvious internal organ trauma. The vet said it looked like she had some muscle tears on her side below her ribs. She got some pain killers and antibiotics and seems to be slowly getting better. She even went with me for a couple of car rides today - her favorite thing in the world to do.
D

That is indeed good news! Hope she has a quick recovery.
S

Wishing Shelley a speedy recovery! My two are terrified of thunder and fireworks. They start shaking and panicking and looking for a place to hide. I end up drugging them to keep them from hurting themselves.

Good to hear toadlife! I hope Shelley has a speedy recovery! Our 2 1/2 year old Shorkie (shi-zu/yorkie mix) is terrified of thunderstorms. We live in Alabama and last year on April 27th was right in the path of many tornadoes and decided to leave about 20 minutes before a later confirmed EF5 was headed right for us. We went through large hail, gust winds, very loud thunder/lightning and I guess my driving didn't do to much good trying to get out of the path as fast as possible. Now every time it thunders just a little bit he comes and gets right next to us and starts to whimper. Luckily for us it went one mile south.

Shelley is pretty much back to normal now. Her scabs are still there but she's her same old excited self when i come home from work now. i have noticed one lingering change though. She used to ignore or growl at our cat whenever he came near me (shes the jealous type) but now she seems much more accepting of the cat and even sleeps next to him sometimes. 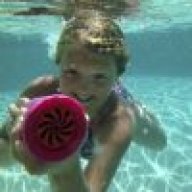 Poor Shelley! I'm glad she is better and I'm so happy the farmer found her! That's great that she is tolerating the cat now.

I'm glad to read that Shelley has recovered. Do you think that the cat knew(sensed) that Shelley was not well and stayed closer to her trying to bond with her? If so, Shelley may have realized that.
P

Glad all turned out well for you and her!
M

I do volunteer work for a animal rescue group and we dread 4th of July, because we always have so many lost dogs in our care that got scared of the fireworks, panic and ran. Always put indoors, make sure windows are closed (quite a few jump through the screens) and if anything turn on the radio or TV for noise. 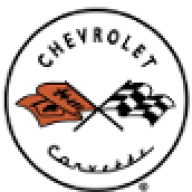 My cat used to be the same way with everything from fireworks to the vacuum cleaner. But now she's deaf. That's kinda sad too, now she won't respond when you call her name.

How I Spent My Summer (aka: Where the Heck Has Dirk Been?!?)

Thinking about using muriatic acid to etch glasses.. has anyone done this?