Jump to latest Follow Reply
You are using an out of date browser. It may not display this or other websites correctly.
You should upgrade or use an alternative browser.
H

So I stumbled across this at my local pool store. While attempting to purchase some liquid chlorine he tried to "sell" me this feeder system. I was only familiar with dosing pumps but this seems simpler and would eliminate from having to add liquid every day to my pool while still chlorinating with liquid chlorine.

Does TFP have any opinions on usage of this for chlorinating with liquid chlorine. This would seem to fall into the TFP method but then would not require as much daily maintenance. Thoughts? Drawbacks? 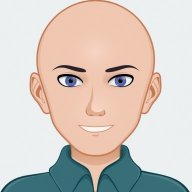 Search this site for
"HASA"
and
"Stenner pump"
You will find a lot of useful threads.

Lots of us have them for liquid Chlorine or Muratic acid.

I used my stenner for a year. Worked great! Converted to SWCG and kept it as a backup in case my Salt cell went belly up.

I see HASA has reimagined their liquidator. Lot's of problems with that one. Not sure on the 'new' one.

PoolStored said:
Search this site for
"HASA"
and
"Stenner pump"
You will find a lot of useful threads.

Lots of us have them for liquid Chlorine or Muratic acid.

I used my stenner for a year. Worked great! Converted to SWCG and kept it as a backup in case my Salt cell went belly up.
Click to expand...

Smart move hanging on to the Stenner! I keep a backup pool pump motor as well.
D

mknauss said:
I see HASA has reimagined their liquidator. Lot's of problems with that one. Not sure on the 'new' one.

mknauss said:
I've been using the older HASA feeder which I paid a pool company equipment guy to install and he did it just as HASA instructed but after two years with it I find there are a few issues mainly with chlorine dosing control(s). One is how to dial in percisely how much chlorine will go into the pool during the length of time the pump is running. The only means in the new tank for monitoring flow is a windmill type of thing and how fast it twirls in the view window (the old one had a gadget hooked to the hose that had a ball which gets clogged and it stops working so most people just remove it). The pump has to run at a min of 2800 rpm to move any chlorine into the pool and if you change your pump speed/time it changes the dosing too and the only other control they give you is a ball value adjustment which is lousy for controling flow adjustments (it's more "on or off" type control like in washing machine hookups) you have to invest in a 30.00 needle nose value yourself. The floaters are just plain plastic and get calcium coated from high PH in the tank, lid to the tank is held on by plastic ties which break after exposure to the heat and one big wind it's off and away, I put a brick on top. At least once during the off season you will have to empty the tank and clean it out of salt that has fallen out of solution (which is a great feature to limit the salt going into the pool), clean floats with descaler and maybe replace the hoses which are not the best chemical hoses either (you can buy better ones). It might work with a lot of effort and patience! The old version feeder system the flow direction makes no sense to me either, water comes from filter (thru line to pool ) where a hose is tapped into it which allows water flow into the chlorine tank, as the water level gets higher which mixes with the chlorine the two floats (in/out) then despenses it from the tank through the out hose that is connected to the pump. This is the crazy part because it repeats the same circulation process through the filter, back into the tank process again, while some of the now chlorinate water makes it's way into the pool. It's seems the chlorinated water is primarily in the pumping/filter system because it's hard to get my chlorine to test with enough chlorine in the pool, but then if I have a lot of chlorine in the tank and the valve is fully open I can wind up with a crazy amount of chlorine in the pool and the tank emptied. Frustrating to stay the least. I will be looking at the Rola-chem 543702 Peristaltic Pump Chlorine Feeder 32 GPD (preferably with a timer), which is about the same price as the new HASA feeder minus a tank, but if you have the HASA tank already you can use that for now. You have to have more precise dosing of chlorine that you can count on, because I couldn't go on vacation and count of the HASA unit as it stands now.
Click to expand...

D
Can you have inline feeder with tabs working along with liquid chlorine feeder?