I live in an area without a pool store. I've been looking for a more concentrated bleach than the 6% at Walmart so I called around & found a pool supply store about 40 mins away who said the percentage of sodium hypochlorite is 20-22% - is that even possible (I've never heard such a high percentage). I asked him a couple of times just to make sure we were understanding each other & he assures me it's correct. With gas prices the way they are right now I don't want to make a wasted trip. He quoted me $12.98 for a 4 gallon case which is way cheaper than anything else I've found. Am I right to be skeptical or did I stumble upon a liquid chlorine gold mine!?

I've not heard of a percentage that high and my guess is, like most things like that, it's too good to be true. I pay 15.00 for 5 gallons of 12.5% so yours is obviously a deal if the percentage is correct.

Possible, yes. Likely, no. The highest concentration I have seen is 15%. Keep in mind that the self life falls very quickly at higher concentrations. For example 15% at room temperature will turn into 12.5% in about two weeks. 22% would need to be refrigerated or used in the first few days, or it wouldn't be worth it.
C

[EDIT] Whoops, I wrote this the same time as Jason. [END-EDIT]

It is possible, but the shelf life of concentrated chlorine declines rapidly with higher concentration -- roughly by the square of the concentration. The table at the end of this link shows how the half-life (the time it takes to lose half of its concentration) of 20% chlorine even at 75F is 70 days. The fastest loss occurs during the earlier part of that time period. A loss of 10% of the concentration, going from 20% to 18%, happens after just 10 days and that's assuming 75F temperature.

Probably the best thing to do is to get some of this chlorine and try it in your pool assuming the 20% concentration is correct (so use half the dose of what would be done with 10%). Measure your FC level in the pool before you make the addition and around 20-30 minutes after you've made the addition, assuming your pump is running and you have decent circulation (you can measure in two spots -- near where you added it and at the other end of the pool). That will tell you the true concentration assuming your pool volume measurement is accurate.

High concentration bleach degrades quickly due to trace metal concentrations that are left it during manufacturing.

If you are going to keep a supply of it around it is best to just stick with the 6% or 5.25% -- it will likely be your cheapest form when you factor in the loss due to just sitting around.
I

Thanks for all the replies. I called the pool store back again & spoke to someone else. I was told that the liquid chlorine would be between 10-12%. That sounds more like it. Don't know what that guy was talking about before.

The cheapest I could find more concentrated bleach for was $3.14 for a gallon of 10%. After doing some math and using the bleach calculator it seems like I'm better off sticking with the 6% at Walmart for $1.29 for 96 ozs. Other than convenience of not having so many bottles, is there any benefit to using the higher concentrated stuff?

Does anyone have any resources for where to find liquid chlorine through somewhere else than a pool store. I've called feed stores, industrial cleaning supply stores and hardware stores.

Thanks, haven't thought of that. There are places in town to rent them. It's worth a call.
~Susie
C

The $3.14 per gallon for 10% chlorinating liquid is equivalent to $1.45 for 96 ounces of 6% bleach so not that much more than the $1.29 at Walmart. If your pool store will reuse the bottles by having you take the old ones back and you take a previously refilled one, then that saves on plastic recycling. That's why I do with my pool store and don't mind even if it's a little more expensive, but that's a personal choice.

Other than carrying less weight, there's not much advantage to using the higher concentration chlorine.

I saw this one too late, but it seems you discovered the truth. You won't find 20-22% anywhere near Houston. Bleach is highly regional. The highest made around here is 15% and it is only available sporadically and has a very short shelf life as others have stated.

$3.00+ per gallon is very high but that's for a packaged product, so it costs a bit more than bulk.

If you're willing to drive to Houston, PM me and I'll get you taken care of cheap. 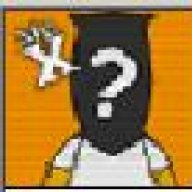 aquaman....you have something for us houstonians?

and OP, if you want, my brother is always coming and going from SHSU to Houston to teach, I can always load up his jeep with some 12% pool store bleach if you want...
You must log in or register to reply here.
Share:
Facebook Reddit Pinterest Tumblr WhatsApp Email Link