Learning to manage our first pool myself 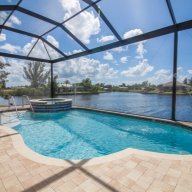 Hi,
When we moved to SWFL 5 years ago we had a new home built including a pool/spa combination. The pool is free form, heated salt water and probably about 13,000 gallons +/-. As we'd never had a 'real' pool before I chose to hire a pool service company to care for it initially choosing the same company that took care of the builders model home pool. After watching the revolving door of their personnel until we wound up with a guy that had the personality of a dispeptic porcupine I fired them and hired another company. This was a single man operation that I kept around for maybe 1.5 yrs. As I work from home for the most part I was usually at home when the service guys would show up and always took the opportunity to go out and talk with them when I could. I'll skip the details but the more I watched them and learned the more convinced I became that they really weren't doing all the things they should be so when the Covid 19 thing hit this spring and it was clear I wouldn't be traveling for work for a while I fired the second company and decided to take care of the pool myself. The last few months has been an eye opening experience! The pool service companies were not doing nearly what they should have been doing in terms of tracking and managing water chemistry or caring for the equipment. It is a problem that cropped up this week which I need some help with that has brought me to TFP. I will explain further in a separate post. Thanks in advance for all that I'm sure I'll learn here. Tim

I suggest you read ABC's of Pool Water Chemistry.

to the *best* source for pool care out there.... and perhaps beyond.

We love our tiny pool!