Jump to latest Follow Reply
You are using an out of date browser. It may not display this or other websites correctly.
You should upgrade or use an alternative browser.
V

I have an infinity edge pool with a concrete catch basin on all sides.

See attached photo from a 2nd floor balcony with the deck pulled up.

Under normal operation, the infinity edge pump is always running and spilling over.

The automatic pool filter was putting a lot of water in the catch basin daily. Nearly an inch a day which I believe is about 70-100 gallons (estimate based on my Flume meter). I thought I had a leak in the suction lines, of which I have 2 in the catch basin. One for the Edge Pump and one for the Filter. I thought something was wrong with both these lines, but according to the leak detection company, they passed a pressure test. I was not available that day to see what they did or verify they tested correctly.

I then plugged both lines (picture attached) but was still losing water at the same or similar rate. I then did a Bucket test for sanity. Definitely a lot of evaporation in these low 90s heat here in Southern California, but not enough to explain the amount of water loss in the basin. My bucket did not lose an inch of water a day. Nowhere close.

This water loss happens (about an inch over 24 hours, give or take)
The loss is most certainly in the catch basin or it's suction lines, but not the pool or it's return or suction lines. The pool water level does not lose water at the same rate as the catch basin.

So now I believe that the catch basin, made of concrete, was just not sealed correctly and that my excessive water loss is not specifically a leak somewhere but the fact the concrete is not water-proof. I have attached a close-up of the catch basin. I don't know how to tell if it was sealed or how well it was sealed.

This has been a real bit of a nightmare for me. I have spoken to multiple leak detection companies, the pool builder, the "pool guy", other "pool guys" and so on and so forth. I have repeatedly gotten information or advice contradicted by someone else's information or advice. Nobody seems familiar with this type of pool (infinity edge on all sides, catch basin on all sides, catch basin with 2 section lines that go to two different pumps, etc., all).

Hoping TFP can take a look and offer any thoughts on what I can look for to see if the catch basin is sealed correctly, or some other testing method I have not considered.

Thanks for your time. Let me know if I can provide some better details, please. This is my first post as I've never had a pool like this and never had these sorts of problems to deal with.

With the basin full and exposed, go around it dropping some food coloring in. Watch for a flow. It will look like colored smoke and should migrate to a leak. I used to use this, generally available at a grocery store in the laundry section. Also good to make your water bluer. 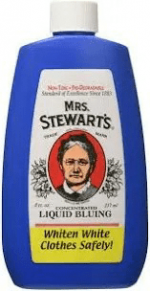 Thanks. I picked up some food coloring today at lunch and will see if can help me get more specific about where the concrete is too porous this evening.
A

Hi. We are having this exact issue. Did you ever find an answer?
You must log in or register to reply here.

T
New pool owner of infinity pool. The basin for the infinity drains. When water levels are accurate, if seems that I am needing to fill and fill.