Just completed a water change and decided to kick the pool store habit. 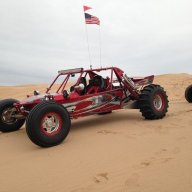 Have owned this house and pool that came with it for almost 3 years. Really a pool newbie when it comes to care, but fired the pool guy two years ago and was using the pool store advise and some products for self care. I have not really been having issues with water clarity or algae other than one bloom that was caused by excessive rain water coupled with lack of chlorine (too much CYA) in the water. 2 winters ago I had the water tested at the pool store ( I was doing home testing with a Pool Master 5 way and test strips), and the CYA levels were 160 according to them. I had no idea what CYA was, but stopped using tablets and started using cal-hypo from In The Swim which their website claims has no CYA.

Being on a shared well that does not allow a pool fill according to the agreement, I am limited to trucked in water, Reverse Osmosis, or a 250 foot hose run to a single bib off city water that a neighbor has. I am on septic and the system does not have the capacity to handle the RO waste. Decided to get multiple pumps and waste the water all over my large lot with no runoff, although there may have been a little. Shot for draining 75% of the pool for fear of horror stories of lifting and figured the CY would be in range. Filled the pool with the neighbors city water and ordered a Taylor K 2006-C. While waiting for shipping, took a sample to the pool store to see where it was at. Leslies now uses some electronic testing method and the results were as follows:

Nothing real surprising there, as the city water here is hard, and I had not added any liquid chlorine when I took the water sample. Fast forward a few days and the test kit is delivered. I had added some liquid chlorine, but other than that nothing. Ran the tests with the results as follows:

Been reading up on this sight and have added acid to drop the PH and been aerating to drop the TA. Added liquid chlorine to get FC to 4.8 at this point. I feel I am really stuck here as I really cant toss 3/4 of my water again to lower the CYA and the chemical and bio means of lowering it seem to be hit or miss at best. I am able to use pool water around the house for various thing other than watering the plants and am replacing it with well water, but I am stuck with high CYA for the foreseeable future. Is it safe to swim in water that has those super high FC levels that the chart recommends for high CYA?

Kat-A-Tonic said:
Is it safe to swim in water that has those super high FC levels that the chart recommends for high CYA?
Click to expand...

It is, but it will not be sustainable to maintain as your pH testing will be effected by the high FC.

Can the chlorine be neutralized for testing PH? I do not think I can hit the neighbor up again, at least not soon.

No. If your FC is 10 ppm, as long as you read the pH test in the first few seconds after adding the reagent, it should be OK.

Up to you. Load up on liquid chlorine. At those levels, you will be using ALOT of it.

Do you have a whole house water softener? You should be considering using soft water for make up water in the pool.

I do have a softener, but the connection to the pool filler is unsoftened. I have been considering connecting it to a softened pipe. My well water is actually softer than the city water here. I tested the well water and the CH is 150. I am sure the pool water was super hard before I drained it, and even after the fill it is 450, although the fill was with city water. Can you explain why chlorine consumption will be high if it is kept at FC of 10? I get that it will take more to get it there, but once there with all the CYA wont it just use the same as it would for sanitation, or does more just burn off because of the high concentration?

FC loss, once you cross a threshold of about 50-60 ppm CYA, is pretty much a percentage. So if you have a CYA of 120, your target range for FC each day will be 16-18 ppm FC, with a never go below level of FC of 10 ppm. In your climate, you will need to be adding most likely 6-8 ppm of FC each day. In your pool volume, that will be about 1 gallon and 1 quart of 10% liquid chlorine every day. Plus or minus.
You must log in or register to reply here.
Thread Status
Hello , This is an inactive thread. Any new postings here are unlikely to be seen or responded to by other members. You will get much more visibility by Starting A New Thread