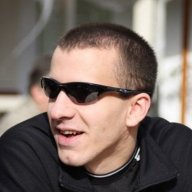 Hey all, tried searching and found a few threads but nothing really solved the issue.

I currently have a 15' Intex above ground pool with a Intex sand-filter (link) and an Intex skimmer (link). Previously to adding the skimmer, I had no issue with flow rate or anything else. However, when I added the skimmer I initially noticed that there was little to no suction resulting in the skimmer essentially being useless.

I installed a wall plug (link) (tried both with and without hole) into the non-skimmer inlet to increase the suction on the skimmer. This solved the issue of the skimmer not working (although still not amazingly strong suction) but resulted in the pump strainer basket getting constant air/only half full with water and resulted in decreased PSI and flow through the outlet back into the pool.

Once I remove the plug from the second inlet, PSI and flow increase again but skimmer once again becomes useless.

Is there any fix that would allow both to function the way they are intended? I saw a video that mentioned it could be an issue with the 1.25" hoses from the inlets restricting flow when the one is blocked, is that a possibility and if so, any recommended setup?

Any suggestions would be appreciated!

Try Leaving the one inlet plugged & put a rock

in the skimmer basket to weigh it down.
P

is the outer bucket of the strainer low enough in the water? the irritating suggestion is ... put in a through-the-wall skimmer.

I'd say its the 1.25 inch hose and connections. When you block one outlet you are basically going from 2 to 1 hoses feeding the 1.5 inch after the junction. The outlets and junction are restricting it further. Then when the other one is not blocked there is plenty of supply, so not much suction on the basket. You just need a single pipe going from the pump to the basket outlet. Better yet, you could change that outlet to 1.5 inch (plenty of kits for that) to get the best result.
C

I have an intex skimmer also and i keep the one suction lone plugged 90% of the time and pull only from the skimmer. I have also hard plumbed my pool to 1.5" pvc pipe as well as put a decent sized rock in skimmer basket to keep it settled in the water properly to get good skimming. It works well for the most part. My little 10 foot round pool doesnt justify an in wall skimmer as the water level would then be too low for my kids enjoyment. I want to get a bigger pool at some point so that will be when i go to an in wall skimmer.
You must log in or register to reply here.
Thread Status
Hello , This is an inactive thread. Any new postings here are unlikely to be seen or responded to by other members. You will get much more visibility by Starting A New Thread

Would you add a second return and/or suction port?

Above Ground Pools May 16, 2022
YippeeSkippy

A
Swimline skimmer on soft side pool.