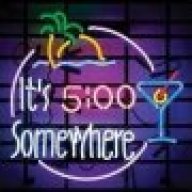 Sorry..this is a little long, guys. As I said in Susie's post last week, our IC-40 also started showing the "Low Salt" red light a couple weeks ago and was reading a salt level of around 2400-something, just when we were ready to start using it for the first time. I've been using AquaChek salt strips, and they read 3590, on two different tests with the IC low salt reading. Our PB called Pentair and they came out I think on Wed, not sure. They obviously calibrated it, because we were back to "Good Salt" with a green light.

The salt level readout on the Intellitouch read 3000, I think (trying to remember exactly). I was under the boneheaded impression at the time that the system can measure and read out a more accurate salt level number like a test, instead of just being calibrated to a *range*, like "4200 - 3000 = Good=Green Light.

I was obviously a little unclear on the concept, but it was working, and I was happy, but still puzzled. Pentair had come out in a timely manner and adjusted it.

DH called the PB again and said it wasn't reading the salt level very accurately, and Friday another Pentair guy came out. Very fast service. We were both home at the time, so we were able to talk to him. Asked if he could calibrate it to read more accurately. He must have been pretty new at this, because he should have explained the "range vs. accurate salt test number" thing. I had to show him how to get to the salt level readout on the Intellitouch panel. Yep, I think he's very new at this. It was showing 3000. Soooo...he took out his digital salt meter, stuck it directly in the pool, and said "Wow...you're at 4500..that's a little high". I did another AquaChek salt test right then, and it read 3590. Asked him if he calibrated his salt meter to some standard. Nope...didn't know he was supposed to or how to do that.

He then calibrated the Intellichlor to "Green Flashing Light" or "high salt". The salt level readout on the panel then showed 4500. Huh. I was puzzled. HE was puzzled. I thanked him and he left.

At that point I begged, pleaded and threated DH, the *Space Shuttle engineer* (I still have to count on my fingers sometimes, but I can make things look pretty

) to read the "Intellichlor Salt Field-Calibrate" article (thanks Spishex and patf11 for the info and encouragement to jump out there and fix it ourselves GEEZ). Just for grins, I took a water sample to Leslie's, and their salt test said 3000. So I knew it wasn't 4500. Sure enough, the Field Calibrate instructions say to "take multiple readings to be absolutely sure" and that the electronic salt tester MUST BE CALIBRATED TO SALT, NOT TDS OR CONDUCTIVITY. It also says "Do not place the electronic tester directly into the pool water, as it will be inaccurate" :grrrr: I think this very nice young man just needs more experience and training, training, training from Pentair. He was as helpful as he knew how to be.

To wrap up my very long story, we calibrated it back to "Good" (3000-4200), and learned a lot. It wasn't hard to do, but for our pool (and one other so far) the directions in Step 5 were wrong. It says to press the "MORE" button to get the Sanitizer Output 100% light to come on. We had to press the "LESS" button for that. It was simple after that. It's working well now and producing chlorine. Thanks again, guys...for helping and listening. 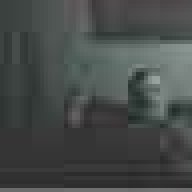 Thanks for the report Pisces. Looks like Pentair doesn't mind field calibrating their swg. They may even expect it to be done by installers at first use. I wonder why they don't talk about it and make the information easier to find.

At any rate, I think that a calibration is coming to my house soon.

I'm glad that everything is working for you now.

Grumpy, yes...I think it may be commonly done by installers, but I don't know. My PB just said that it needed to be calibrated, so that leads me to believe it's a usual thing to do. Hope you get yours straightened out soon.
M

Pisces, you just made my evening. I have had been stumped for a week with my IC-40 low salt light being on and power cell light being off. I followed the recalibrate instructions and low and behold it worked. However, I did press the "more" button for mine to work. The "less" button would not work for me. One other thing, after I calibrated it, the check salt light came on. I am gonna get a salt check tomorrow at pool store and recalibrate it. Thanks also to everyone who has given me input on this mystery.

Miscanthus, glad it helped...several of us have been solving this mystery thanks to the good folks here! I'd really consider getting the AquaChek salt strips. I have those, and just ordered the Taylor salt test to reconfirm things, although that's probably not necessary (I just have fun testing

According to everything I've read here, the pool store readings can be and often are very incorrect. I'm learning to rely on my own testing with my TF-100 kit, and the salt strips. I'm hoping you'll cut those "pool store apron strings" soon...you'll be happier and more accurate!! When you are really sure of the salt levels, and know they're appropriate, then you can calibrate the Intellichlor to "Good". Order the TF-100 test kit from the link in "Duraleigh"s signature or go straight to it here: http://www.tftestkits.net/. He also has the salt strips. It's awesome.

Thanks for the information about the visit from Pentair! This forum has been great in giving me the confidence to take control of the pool myself.
susie

Susie...Pentair calibrated it right the first time, and I just had to finally catch on to what they were calibrating to. I didn't really need to call them out the second time. If it weren't for this forum I'd still be clueless about the whole process. Not just the Intellichlor, the whole pool! It's a great place! Glad we both got our SWG's back to making chlorine!