Yesterday, I sent the video I took to Pentair. The warranty rep I spoke with said it was viewed during a production team meeting today. The rep told me members of the team said the problem I was seeing with the red light during the American Mode light show is a "known issue."

Without me asking, the rep told me they will ship out a new light by the end of the week.

It certainly was nice to be able to give Pentair video proof of the light's performance, instead of having to explain the issue in a phone conversation.

I'll post if the issue is resolved with the replacement light. 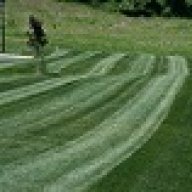 That's really good to hear and consistent with my experience with my EasyTouch board replacement. These lights are not cheap, so they need to stand behind the product. Let us know how the replacement goes!
D

Just curious if the replacement bulb resolved the issue.
S