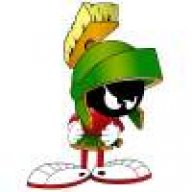 I've been reading several threads on the IntelliBrite 5G LED Color Pool Light (Pentair LED Pool Lights - Further Reading) This post was last updated on May 1, 2021. Mine light was installed sometime around 2014-2015 and is no longer working.

I contemplated using the Florida SunSeeker Replacement Board but saw this YouTube "Build the Best LED Pool/Spa Light...". The video shows how the unit dissipates heat and uses the surrounding air rather than the metal housing of the light fixture which is in contact with the pool water. Transfering the heat from the PCB to the air and finally the metal housing isn't as efficient as using the housing to dissipate the heat. This concerns me because my board show plenty of discoloration likely due to overheating of the board.

I have a Easytouch 8 that controls the light colors and want to maintain that ability so I called SunSeeker and was told that the the "Color Selection" feature of my remote control wouldn't work with their replacement board. I've yet to find anyone that can explain how the Eashtouch signals the light to change color, so I called Pentair but they weren't able to educate me on this. Considering the fact that the Sunseeker only has a 1 year warranty and the heat sink doesn't look to be designed, I'm going to stick with the Pentair unit for now.

I told Pentair that the voltage output from the Easytouch relays was 120 VAC which is inline with the type of light I have. I disconnected the board and like the 1st post above mentions, broke of the J1 and J4 pins. At this point I wasn't bothered as I could solder the patch mentioned in the 1st post. When I measured the voltage at the light, it was around 14.5 VAC, which tells me that there is a transformer in the light housing (this is potted behind the PCB so it's not visible), which was confirmed in my conversation with Pentair. While measuring the voltage I changed the color using the remote control as well as turning the light on and off, but saw no change in voltage. I'm not sure but I suspect that a signal is superimposed on the 120 VAC power to the light but would need a scope to verify it and that's at my office. I'm not too sure how the controller would do this, considering there doesn't appear to be any continuity between the easytouch and the wiring to the light. The wiring to the light is connected to one of the transformers that has multiple voltage voltage taps but for the most part it's isolated by the relay driven by one of the AUX outputs.

The 1st post showed a copper plate cut to fit on the back side of the Pentair PCB from another thread which suggested also using thermal past to improve the heat sink performance. Unfortunately the thread doesn't specify the thickness of the copper plate that was used, so i'm going with a 0.04 thickness which is between 20 and 18 AWG.

I'm still interested in understanding how the color is changed for this light however...Does anyone have an idea?

To my knowledge, the ET just cycles power to the relay the light power is wired through. Each power cycle jumps to the next light color or show.
You must log in or register to reply here.
Thread Status
Hello , This is an inactive thread. Any new postings here are unlikely to be seen or responded to by other members. You will get much more visibility by Starting A New Thread

Everything Else May 3, 2022
fruitopius
F
W
Color light replacement