I haven't installed a pool yet, SWCG is on the table

I know five people with SWCGs. Only one guy has complained about his pool not being maintenance free, and so far, we believe his issues are because of some impurity in his well water, which is what he used to fill his pool. One of the five guys converted his manual pool to a SWCG, and claims his maintenance time has been greatly reduced, and his water quality has gotten better.

Are we delusional? I don't know if any of them are testing their water, or if they are just going by "feel" is it possible that there are impurities in their water, and they just don't know it? Would this be possible without eventually throwing off their PH balance?

Three of these pools have been in service over 5 years. The conversion was done 18 months ago, and the guy having trouble installed his pool last year, but didn't start having trouble until last September. He still hasn't got his pool right for this year.

You'll see in my sig, I haven't installed a pool yet. I'm in the process now. SWCG is on the table, but I don't want to go that route, if the only thing it saves me is from putting a few tabs in a dispenser.

One builder told me a conventional system, with large filter, and an UltraPure Ozonator would be as good if not better than a SWCG system.

What do you think?

Less work and better water quality are very common comments after getting a SWG. It is possible to have water as nice without a SWG, but it is way easier with a SWG.

Of course, SWGs are not magical. You still need to pay attention to the pool regularly or you will have problems.

I do not recommend ozone. The typical comment from the owners of ozone systems is to realize that their ozone system broke some time ago and they never noticed any difference. Also, ozone is not an alternative that should be compared to a SWG. You have to have chlorine, and a SWG is one way of getting chlorine into the pool. Ozone is an add on, you still have to get chlorine into the pool one way or another.

The only down side to having a SWG is that the salt can cause problems for some kinds of natural stone work.

With a lot of experience you can get some sense of how your water is doing without testing, but everyone needs to test the water at some point, even if it is only once a month at the pool store. Testing more frequently means fewer problems. It is possible to get very lucky and go quite a while without testing, but eventually your luck runs out and you have problems. To be trouble free, you need to test.
T

JasonLion said:
The only down side to having a SWG is that the salt can cause problems for some kinds of natural stone work.
Click to expand...

Will the saltwater kill my grass?
S

Every pool owner starts believing that the pool stores know the chemicals you should use to maintain a pool and that all pool builders know how to build a pool. Then reality sets in.

Pool owners that follow pool store's advice find that their CYA levels are too high, they are frequently told to purchase algaecides, clarifiers, phosphate removers, optimizers, and who knows what else.

Many pool builders have no background or training in hydraulics or electrical work. They dig big holes and surround the holes with pavement or flagstone. They recommend large HP pumps and tell you to run the pumps 24/7. They use small pipes. Some of the electrical work is scary. Since they do not maintain pools their knowledge of the best methods to sanitize a pool may be limited.

My advice is to be skeptical and to proceed slowly.

A salt pool has not affected our grass. 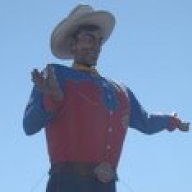 After one year, my experience with a SWG has been:

1. Interviewed 3-4 PB's. From the national companies to a single person company who handles the design and subs out all the work. Went with a local medium size company.

2. Toured pools our PB had built. Talk to their customers. In fact our PB now shows our pool off to customers. Salt will stain soft stone. Talk this over with the PB.

3. Don't just look at the pool but also focus on the equipment. Size, brand, etc. Compare this against other bidders. Our PB spent a lot of time talking about hydraulics. With larger piping we are moving more water with less effort.

4. After start-up and under normal conditions, don't rely on the PB for info on pump time, chemicals, etc. Its all in TFP.

5. Expect "stuff" to happen. For example ...the electric company did not come back on time to reconnect the power to the house after the line was moved for the dig, so we spent the night in a hotel.

At least with a SWG, if you keep up with testing you should be in good shape. Typically I test for ph every other day and add acid each day (about one qt, first mix into water in a 5 gal bucket). Other tests weekly. So far water has looked great and no algae.