How to convert Badu Swim Spool to Spa?

Newbie with an odd design/retrofit question. I acquired a house with a 8'x14' "spool" installed under a screened porch attached to the home. It has a Badu swim jet installed. It was built approximately 10 years ago. The entire shell of the pool is accessible from the exterior walls and/or an accessible crawl space (where the filter, heater, etc. is located). I have several issues with it. First, the Speck pump that powers the Badu jet is seized. I haven't tried taking it to a motor rebuilder, but I understand a new one costs $4000+. Next, the interior of the spool is way overdue for a replaster, and related or not, there is moisture seeping through that is causing the stuccoed exterior walls to crack and peel. Lastly, the install of the Badu system and filter piping was achieved by running pipes through the exterior walls, leaving unsightly PVC protruding and clearly visible from the back yard. It's a mess, and the first quote I got simply to refinish the interior of the pool and remove the Badu system was $25,000.

I am evaluating using the existing concrete as a shell and dropping in a stainless or copper liner. That would solve the exterior weeping problem and avoid the $25k interior refinish, but requires some tricky fabrication and installation gymnastics given it is located under roof, so it won't be cheap either. The coping of the pool joins with the wood posts of the screened porch, making a complete demo difficult too.

Does anyone have experience retrofitting spa jets into an non-jet spool and adding a second wall of gunite to conceal it? That would make my spool smaller by whatever space was needed to accomplish that, but it would be the "concrete" alternative to a SS or copper shell. Another option is to drill through the existing and install the pipes so that they protrude to the exterior wall, and then conceal the pipes and cracked stucco behind a new exterior covering of some type to conceal both. Lastly, I am considering jackhammering enough of the thing to allow me to deck over it and start anew outdoors with a real pool. Strange ideas, I realize, but this is a strange situation. Photo of spool below. 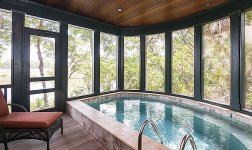 What an awesome looking spool.. Any pump can replace the speck pump, it is likely a 4 or 5 hp pump and that is why it costs so much.. You can replace it 3hp VS pump that should work just fine.. Here is one for 500 bucks.. but it is a basic pump with its own speeds built in, It has no automation what so ever.. What automation do you have now, it may require a better pump to be hooked up to allow the same automation to make it work.. 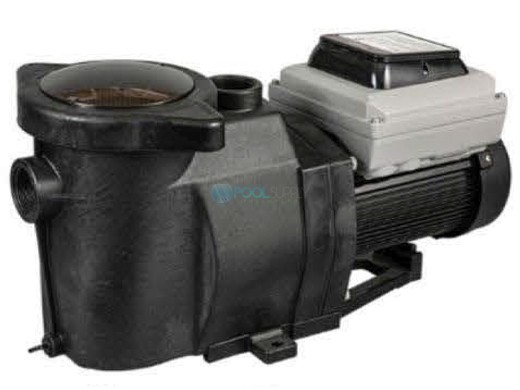 Pool Supply Unlimited has some of the best prices when shopping for CaliMar Variable Speed Pool Pump | 3HP | CMARVSP3.0

As for doing the plaster, is the pool leaking from the plaster or the pipes? Both will need to be fixed depending on what is going on..

are you looking to do the work yourself?
M

Not looking to DIY, but want to have solid options to evaluate as part of selecting a contractor. The pool/pump has no automation currently (likely upgrade opportunity there as I now have to go into a crawl space to turn heater on/off). Current pump has just an air switch to turn it on/off. The leak could be coming from anywhere as significant sections of the wall are cracking and water travels, as we know. The spool is not losing inordinate amounts of water based on my tests, and the bid to refinish the pool didn't highlight any structural issue (bid was from the contractor who built it), so it could very well be weeping from the failed plaster or a small leak around a pipe. That said, the pipes protruding from the exterior walls are unsightly and have to go, hence my original question on how to redo the setup. Photos below. 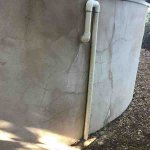 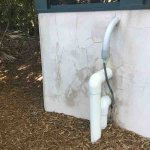 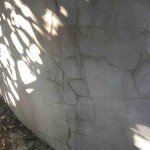 Interesting... You could easily change it over to a Balboa spa pack and automate it that way.. just a large in ground spa and be able to set the heat to whatever you want.. The old school air switch are bullet proof and work great.. That is how my pumps worked on my hot tub...

You could also go with a complete in ground Pentair setup but that would cost much more....

My recommendation for the plaster, concrete stucko redo is to get a list of exact requirements together that you want and have companies bid on them... throw away the lowest and highest bid and go with the company that understands what you want and is willing to work with you...

Your setup is really a normal pool with a raised bond beam...

If it were me I would put a nice fence around the outside part of the pool about 5 feet away so you have room to access behind it if you ever needed.. then have a company give you a quote to demo the plaster down to concrete, install new plaster..
Reactions: BigPapaSmurf
You must log in or register to reply here.
Thread Status
Hello , There was no answer in this thread for more than 60 days.
It can take a long time to get an up-to-date response or contact with relevant users.

Pumps, Filters, and Plumbing Jun 17, 2021
aaronc1976
A
A
Water seeping through plaster and shotcrete