How high can the TFTeskits test for FC? 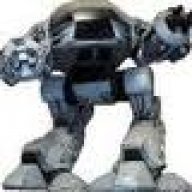 Greetings TFP'ers, hope all is well with everyone tonight.

Good news is I finally convinced my father to go the BBB / Troublefree method...Bad news is his CYA is around 180 and his FC was only 2.0 and his pool is getting really cloudy (basically he got a new granular that is loaded with stabilizer and he uses the puck's so you know what that leads to)

Using chem's %'s from the CYA/Shock chart, for Regular shock it has 40% of CYA and for Mustard (which I think my Dad has ) it is 60% of CYA which puts a target Mustard shock right around 102 FC for his 19,900 gallon vinyl sports pool with a sand filter.

So we added A LOT today as his pool is cloudy and he is at his wit's end.

So there's the back story and my question is how high can the TFTestkits FC drop test, test up to? When I did the tests it would go from Red/Pink to just a very very light orangish brown and never get clear? So I even diluted it 50% with the spring water and by the time we got it up past 100 it started doing the same thing and I never seen this happen before.

I told him it would be best to drain but he didn't want to even after I told him once the shock process is done he would have to maintain a FC of 14 - 21 and that's just for regular and if he wanted to do the mustard min it would be higher.

Well sorry for the novel but appreciate the help as I just want to be able to get him straight and teach him what great things everyone taught me and I've only been doing this since April so still new at this myself but I'm still doing great.

I don't even know if its possible to maintain those high of levels or how long his shock process will take.

Thanks again and wishing everyone a troublefree pool.

Well I thought it was good to at least 50ppm, but you are talking about some really high levels, so idk.

If draining is not an option (which is crazy to not consider it ... Maybe he enjoys continually struggling with the pool?) The only other option is reverse osmosis, if available in your area. Expect to pay at least $300 for that.

Posted with Tapatalk ... sorry if I sound short ... hate typing on phone 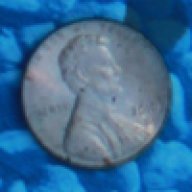 I am sorry, I would not consider anything other than getting his CYA down to the 40-50 range by changing the water. I understand the water table is high in FL so I would be careful in how you accomplish this.

Well he finally hit the shock point so thanks to all the help and instructions everyone gave me as well as the great TFTeskit, this morning he had dead algae everywhere, he was soooo shocked and couldn't believe it worked and they were so thankful which made me happy that I was finally able to help them out for a change.

His OCLT loss was still around 10 which I think isn't bad considering he got his FC up to 100!!!!

I tried and tried to tell him it would be cheaper to drain than try to keep the shock that high for this process but what can I say he's set in his ways and at least I got him to the BBB method so I guess one thing at a time and I told him he would still have to keep his levels in the teens once he's done and he was ok with it.

So good news is I ordered another TFTestkit for him and of course had to get me another XL option since I went through almost a whole bottle just in 2 days...

I gave him the link to this site back in April when I found it but he's not really into computers and such but maybe this will now change his mind?

Anyway, thanks for the help and take care,

None of the usual test kits can reliably test CYA levels over 100, nor can any of them reliably test FC levels over about 50 or 60. It is also impossible to test the PH with any normal test kit when FC is over 20. Without the ability to test PH it will be impossible to maintain the pool long term, as the PH will drift out of range and you won't know which direction to adjust it in.

Your only viable alternative is to replace water to bring CYA down to some more reasonable level.

JasonLion said:
None of the usual test kits can reliably test CYA levels over 100, nor can any of them reliably test FC levels over about 50 or 60. It is also impossible to test the PH with any normal test kit when FC is over 20. Without the ability to test PH it will be impossible to maintain the pool long term, as the PH will drift out of range and you won't know which direction to adjust it in.

Your only viable alternative is to replace water to bring CYA down to some more reasonable level.
Click to expand...

Thanks Jason, I'll mention to him again about the pH.
You must log in or register to reply here.
Thread Status
Hello , There was no answer in this thread for more than 60 days.
It can take a long time to get an up-to-date response or contact with relevant users.

T
How many gallons to drain

Can be exhausting trying to teach the TFP methodology