how hard is it to replace a pump, really? 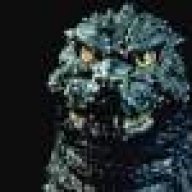 Okay, so our pool pump that is 4 years old died. Kaput. Seal leaked and water splashed back, so the motor ended up corroding out. I called the original pool manufacturer and they stated that to replace it would be $910 and then another company quoted me $1300, both of which seem excessively high. The existing pump is a 2 speed Hayward Super II 1.5 HP pump and the original manufacturer would replace like for like whereas the second one is quoting a VS Maxflow 500 230V Pump. In addition, the pool is 8500 gallons and the pump is approximately 25 feet from the pool, not sure if that matters much or not.

So, first off, do I really need this much pump in either circumstance and two, how hard is it to replace this? Technically, the motor has already been removed from the other pump, so I could theoretically replace that but I'm just not sure how difficult it is and if these costs, pump included are reasonable or not.

I'm sure there are some other questions that have yet to be answered, so fire away.

How much do you run your Hayward 2 speed pump in low speed or high speed?

Replacing a pump is not difficult if you are comfortable doing electrical connections and some PVC work. Use pump unions for the new connections.

Pump runs about 9 hours per day. As far as the settings, that is the question I've wondered. It is on a timer, I don't see any way to switch the speed of it.

As far as the plumbing, I am hoping to just replace the motor in it.

Unfortunately, the instructions that come with most pumps are totally inadequate (they are intended to be installed by pool "professionals"). If you know your way around 240v electrical and PVC plumbing, it's a no-brainer. If you are a total novice, you might want to bite the bullet and have someone install it for you.
You must log in or register to reply here.
Share:
Facebook Reddit Pinterest Tumblr WhatsApp Email Link

D
Does vfd really save on the power bill?

L
Are your PVC Valve hard-to-turn? I found a fix!