I have an above ground 18’ Inter pool. One of the hoses has already come undone unexpectedly 4 times when no one was using the pool (took a few hours and A LOT) of water each time.

I keep tightening the clamp to the max (even wonder how water can still circulate th the hose given how tight it is) but it continues to happen. My intermediary solution is to tighten it and check it everyday throughout the day but it is stressful and not efficient-

Any tips?
The other 2 hoses are fine.
Thanks in advance!

Hi Isabelle, glad you stopped by, and welcome to TFP. Whoever here will be able to answer that question will likely appreciate some pictures. And some info about your setup, too. We like to see your pool's spec's in your signature, that really helps. Something like mine, though not necessarily so OCD! While we're waiting for your knight in shining bathing suit, have a look see here: 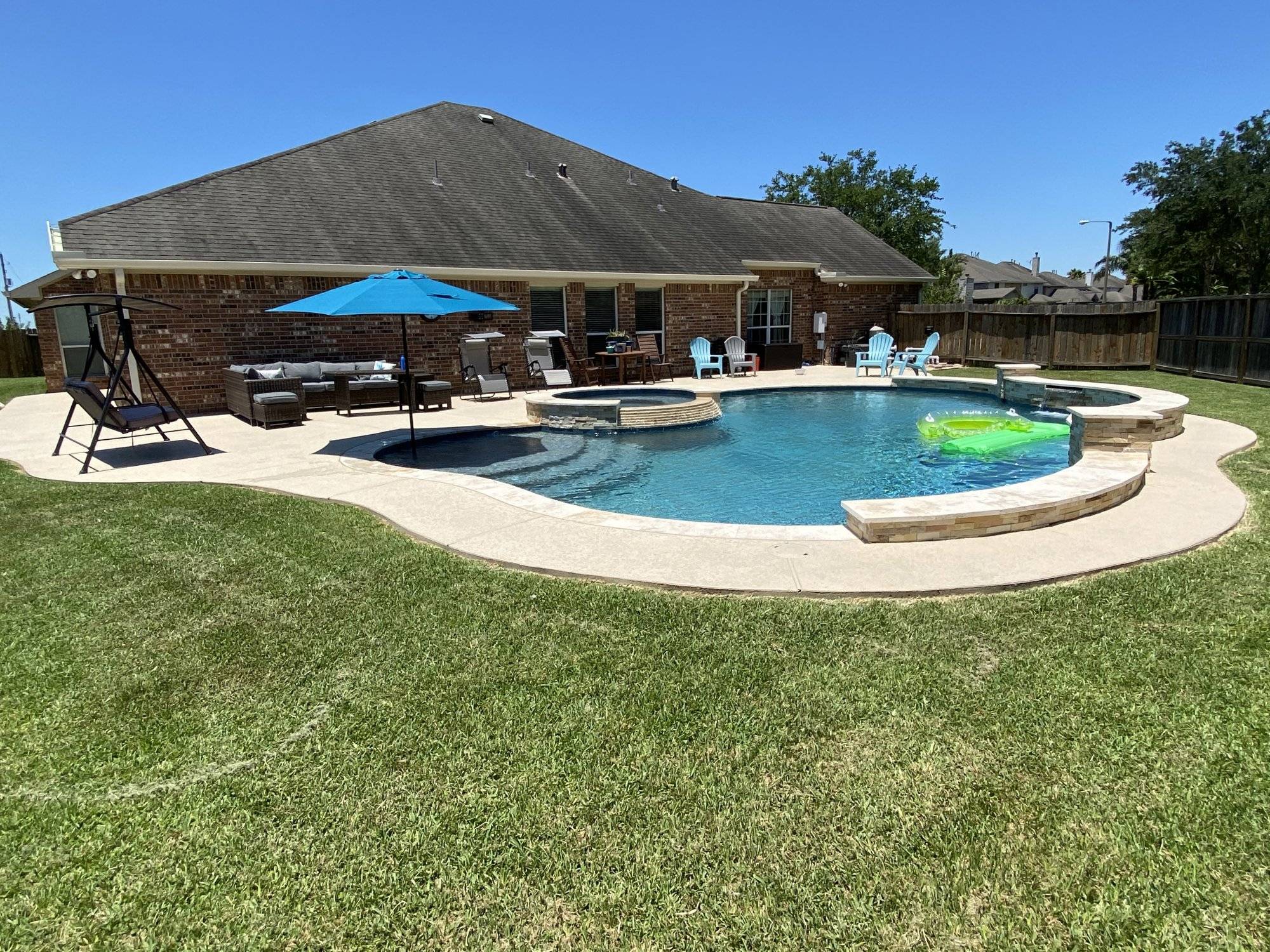 We'd like to give you a few basic pointers of items that will help us, help you. From filling out a signature to posting test results.

Sight unseen, I would suggest replacing the plastic hose clamp with a stainless steel hose clamp.
I

Hi!
These are pictures.
first one of the clamp and hose that is falling off often. Works for a while and then slides off unless I keep tightening it.
Second picture is the full installation and third of the other hose that has never given me issues.
i tried elevating the hose to lower the pressure as it seems the angle is the issue but it’s tricky given the other hoses.
Thanks again!
Isabelle

I think you need to trim that last ring off the hose. It looks like the hose was trimmed short, and there is not enough room for the clamp at the end of the hose. Trim the ring off and leave as much flat surface as you can so that it can hold the hose onto the fitting. Push the hose onto the fitting until the hose touches the pool wall and tighten the clamp as close to the wall as you can.
Reactions: Chad1979, Wobblerlorri and Isabelle9
C

To just add a little to previous post, it also looks like your clamp is not actually on the plastic part of the water inlet fitting from inside the pool. By pushing the hose fully to the pool and the hose clamp as close as the pool as possible will allow the water fitting in the pool to give the hose and clamp something to tighten up to.
Reactions: cincap 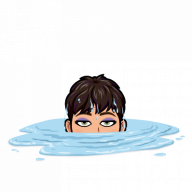 Agree with all of the above. Also, I would consider a simple brace to hold the hose more perpendicular and eliminate the sagging. Coukd be done pretty easily with some PVC. Picture a tee-ball stand. Something like this, but a lot simpler.

Do not trim the white hose as previously suggested, it is not meant to be trimmed and may cause further issues later if trimmed.

I'll see if I have pictures of my setup, if not I can get pictures this evening to show how it's supposed to be. I have the same connections to my pool as you do.

I don't have a good picture of the connection. This is the best I have now, I'll try and get more for you tonight. 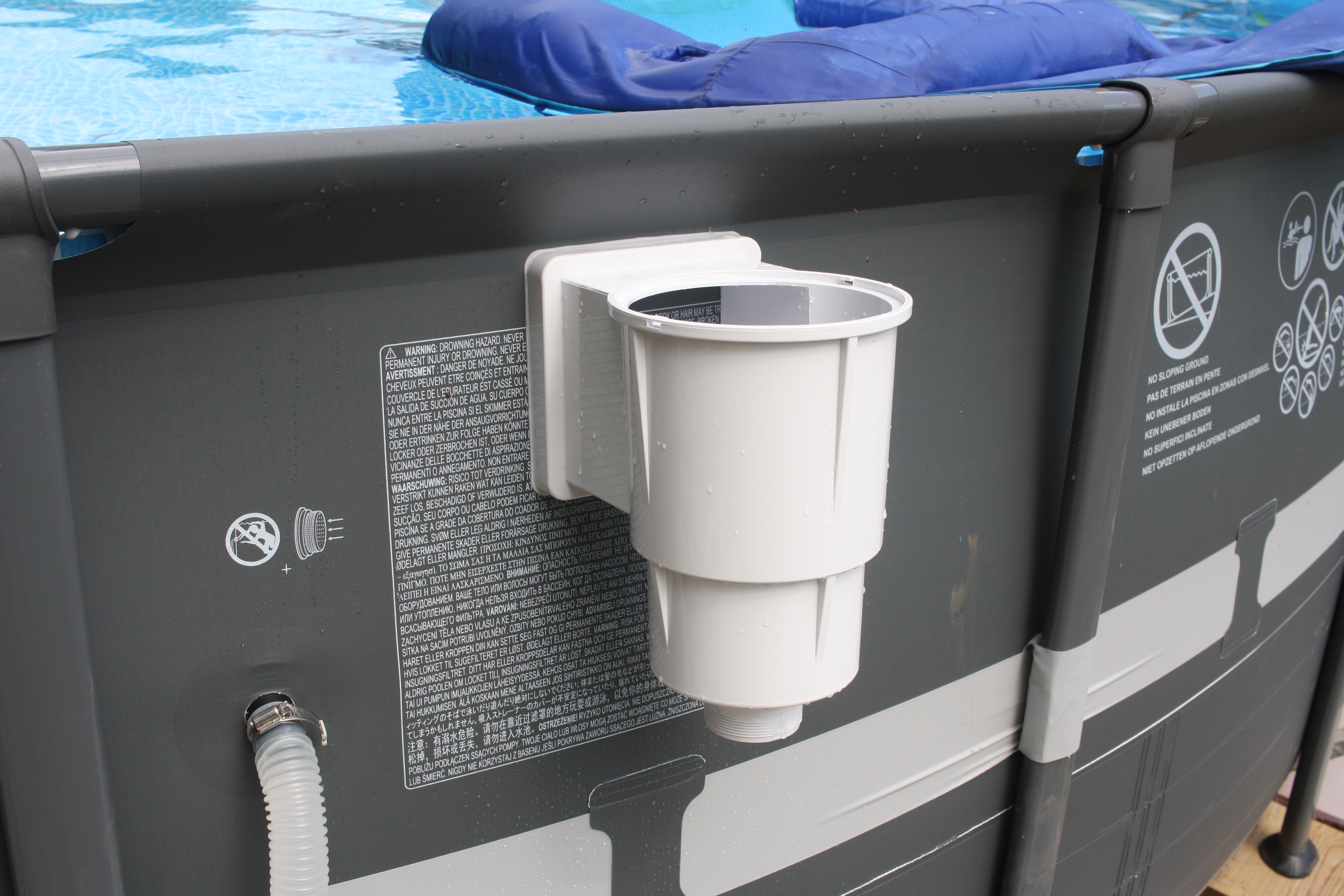 Essentially, there's three parts in play here. First, there is the pool. The pool has a short, black, floppy "hose" connected to the wall of the pool. On the inside of the pool, there should be a gray solid plastic inlet grate, that had a short hard tube coming out. This short tube needs to be inserted into the black floppy hose in the side of the pool wall until the wider portion of this piece pressed up against the pool wall on the inside, at which point the short hard pipe portion should be almost the same length as the black hose. AFTER this is done, the white hose is slid over the black hose until it touches the pool wall, and the hose clamp is tightened down. With the inlet grate's hard pipe inside the black hose, the clamp can be tightened so it won't slip or crush the hose.

What I think happened with you is the inlet grate is not pushed far enough towards the wall on the inside of the pool, so the hard pipe inside the black hose isn't sticking far enough out. Combined with the white hose being not pushed on as far as it should be, these two items meant when you tightened the hose clamp there was nothing to tighten it against except a floppy hose, which doesn't work for hose clamps.