You are using an out of date browser. It may not display this or other websites correctly.
You should upgrade or use an alternative browser.
X

Ok, so leaking DE from my very old FNS48 lead me to upgrade.

It it is a tight installation, so wish me luck.

DE 80 seems to be identical in out side dimensions and plumbing to the old 48. Exception is reversed inlet and outlet.

I don't really mind the reverse, since it is time for a better valve but it winds up causing a swap of the valve outlet and backwash discharge, given I'm switching to a full featured valve. So the plumbing is requiring some gymnastics to include street 45s, and plenty of measuring.

I was going to go with a fullflowFX, but eventually the extra options won out on the hiflow, valve. Just this weekend I was would have loved the vacuum to waste feature. And since I expect to be running low GPMs, the additional head loss won't be much different, and at full power, my pump is already a monster, so no real need for high horsepower high flow. Also, I could not figure out a reasonable to fit the monster fullflo.

so now I can't wait till the weekend to get this installed. I'm going to do a bit of measuring and planning this week in an attempt to reduce any issues I might trip over.

Any thoughts, warnings, or lessons from other ps that have done a similar install?

Good luck, and let us know how it goes.

Any thoughts, warnings, or lessons from other ps that have done a similar install?
Click to expand...

I think you really have a good grasp of your project. You are obviously comfortable with PVC work and so you know to measure VERY carefully and PLAN your work.

I assume you are going from a push-pull valve to the multi-port. They don't always say in the instructions but ALWAYS shut the pump OFF before you move the valve and always turn the muliport handle in the same direction.

Clockwise or Counterclockwise doesn't matter but turn it the same way for it's lifetime. The spider gasket seem to stay seated better....not sure why.

My multiport is 11 years old without an issue so the above must help. 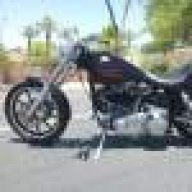 I want to see a pic of everything behind the easy touch panel, that shows the pump, and return manifold plumbing, in it's current configuration to see how it plumbs into the push/pull valve.

Would you consider placing the new filter with the valve in a 3:00 position, and placing the valve in the same location that the old valve is in now?
Basically offsetting the filter slightly from it's current cramped location, which i assume now backs up directly to the house, this will provide an additional angle when considering a suitable position to better tie into the pump, etc, there really aren't any hard and fast rules that say you have to put the new filter in the same spot as the old one now, and may prove more suitable to work with the new valve as far as plumbing to it.
X

Ha! Yes! That is my current thinking. (I think!)

OR, a compromise, of say 4:30. Basically 45 degrees counterclockwise from the current push pull.

I -think- the 3:00 position will require some tricky snaking of the pump->valve plumbing, because the valve input is up from the bottom in the center of the valve, hence why I am considering the 4:30 position.

BTW, the previous photo is the approximate orientation I am currently thinkin about.


But but if I could get away with the 3:00 position, it certainly makes the run to the heater very simple, just one elbow, basically, instead of an elbow AND an additional 45 street elbow (or maybe both street).

WOW! that pump room is crazy! You must have some wild stuff going on there.


My the reason I don't like putting the valve in the 6:00 position (if that is what you are saying) is because the valve exit to the heater would require a complete 180.

Having said THAT, maybe 2 sweep elbows is better than a sharp elbow and a sharp 45. Maybe there is some expert here in hydraulics that can answer that for me? Not sure I have the frot-to-back room for that either, unless I go down very low and under the bottom filter Union. I'll have to check. More pics later.

Sched 40 sweeps are out there & will be shipping with "pump filter kits" probably next year.. I have seen several of the prototypes - they will run quiet & install in minutes.

I just threw the 3:00 position out there to see where your head is at, you seem pretty open, and mindful to the process here regarding moving the filter around a little to find the best way to tie it all in to the valve, etc, so...that's good.

That's exactly how you should approach this project, you don't seem to be one of those "gotta get it done now" types, you prepare, research, have a confidant disposition going forward, etc.
I am more than willing to help you here.

Visualizing all the combinations and plumbing configurations that are possible, eventually just works itself out and you end up with a plan that makes sense, a mental guide of sorts.
X

Thanks! You probably are giving me more credit than I deserve!. If this were a Saturday, I'd be single minded driving to get this done. . But I'm also not going to compromise the quality of the install for the sake of speed. Also, having discovered y'all and your wealth of info, I'd be crazy not to take advantage of your help. Also, I'm often the one helping others, and so I know that can be fulfilling too. Having said that, The only reason it isn't installed yet is because I have to work this week, and I know better than to think this is a 1 hour job. So the delivery timing worked out to let me really think this trough as well as get others opinions and expert advice.

Oh, and I forgot -- duraleigh, thanks for the tip on valve ops.

Here is my advice! Have gas in the car and beer steak in the 'fridge! You KNOW there will be more that ONE trip to the store for stuff...........the beer and steak are for after a job well done!

So issac-1, good input on the sweeps. I think you are right, they are not sched40. However, I only plan to use them on the backwash and return side of the valve. I can't imagine that could ever get over 10psi, so I don't know that I should be too worried about needing a 280psi spec elbow? (Or maybe I should worry about pressure wave fatigue? I just don't see the return side as beeding this. And I REALLY want to minimize flow/turbulence-related pressure reduction. Having said that, maybe I'm saving a hundredth of a PSI, and so no need to worry about it? Maybe a hydraulics expert can give me some thoughts. I may run the calculations. My guess is I'd normally be running at < 40 GPM. That gives me 1 full pool turnover a day at 12 hours. Part of the reson for this oversize filter is to keep my RPM and Pump power ultra low, so I'd like low back pressure.

What at are your thoughts?

Beer and steak. The solution to many problems. ;-).

Ive already been stockpiling 2" fittings (and some 3").

Ok so I exceeded my upload limit so I'm trying photobucket.

Here is is my baseline design for the valve return-> heater

I'm.Got photobucket working. This is a dry rough out of the baseline design.

Oh, And can I say how happy I am to have found y'all?

Now, for my alternate design.
X

I would probably go with the alternative design with the sweeps given their location in the plumbing, these also seem to have wider glue joints than some I have seen
X

Ok so so I found a reference document that compares fitting friction loss with straight pipe. Since all I'm looking for is which one flows better I -think- I have my comparison


Big difference! Plus the alternative allows me to consider the 3:00 option:

or really any clocking I want.

I also then can run below the intake selection valve, making the whole area more accessible for maintenance.

But what about the sweeps not being schedule 40? I'll have to look into that more.

Anyone know of PVC expertise around? Do I need to worry about the return side given the pressure won't ever be more than a handful of PSI?

p.s. my pool was plumbed with DWV drain pipe elbows on the underground plumbing, built in 1980, and over the decades the glue in those half depth sockets has failed one by one, so I am now at around $2,500 in replacement cost between hiring leak detection expert, cutting out and repairing leaks under concrete, etc. $1050 of that is just in leak detection cost over the last 15 years.

Ummm I'm a bit lost here ... Is this an outdoor install or part of the "basement monster" earlier in the thread??

UNIONS! Make sure to use unions so you can take things apart as needed to clean and repair. Just thought of that looking at your pics. I see the union on the filter but what about that long pipe?

p.s. my pool was plumbed with DWV drain pipe elbows on the underground plumbing, built in 1980, and over the decades the glue in those half depth sockets has failed one by one, so I am now at around $2,500 in replacement cost between hiring leak detection expert, cutting out and repairing leaks under concrete, etc. $1050 of that is just in leak detection cost overt the last 15 years.
Click to expand...

As I was looking into this, I found your post on this tribulation. Bummer! I also found some sched40 sweeps, so I don't have to take the chance.

So my return design is solid settled, and parts ore on the way!

The pump->valve is going to be tricky. Not very much height to work with. The top of the pump is 12" and the bottom of the valve pipe is 14.5. So I know I'll have to figure out how to cut that. No room for sweeps here!

Also, thanks for your opinion. I'm going to do just that.