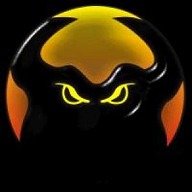 We found out later that the solar heater had been removed, and the pipes were capped on the roof. When he turned on the valve actuator to the solar heater, water went up the ingress pipe and had no where to go. It created enough pressure to pop the cap off.

I found the rubber cap in the front yard. The pool service company had to get on the roof and re-install the rubber cap. We disabled the solar heater valve actuator on the control box so that mistake would not happen again.

Fast forward a few months to now. Once again, we have a big leak coming from the roof when the filter pump is on. I found the rubber cap again, so I knew what had happened. I checked the solar heater valve and it was still disabled, which was puzzling.

I got on the roof, and found it was the egress pipe that had blown the cap off this time. I re-installed the cap but it keeps popping off every time the filter pump is ran.

It has been working fine for months, and the only recent change I made was to the filter pump schedule. I changed it from 8am-5pm to Midnight-8am to help protect against freezing at night. I changed the schedule via the Jandy remote. I'm not sure why this change would cause the egress pipe cap to pop.

I know the long term solution is to permanently remove the solar heater pipes, as we do not plan on ever re-installing a solar heater on the roof.

What can I do in the short-term to keep the cap on the pipe? The pipes sit on the edge of a two-story roof, so getting to them is somewhat dangerous.

Thank you for your help. Here are a few pictures: 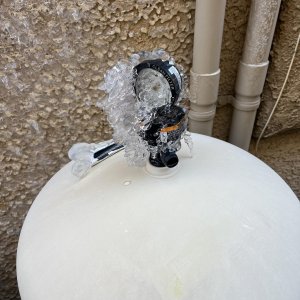 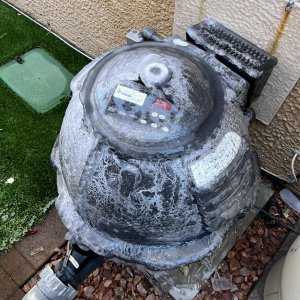 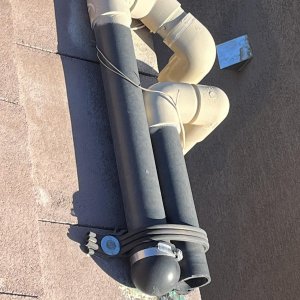 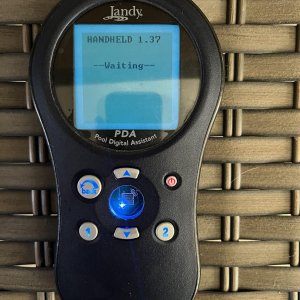 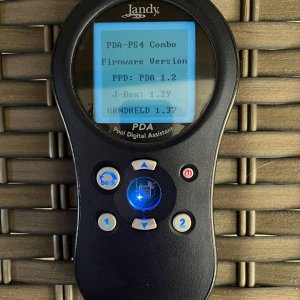 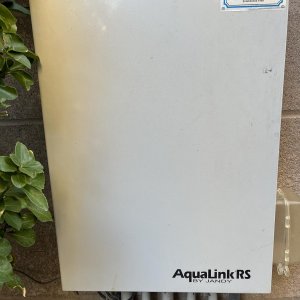 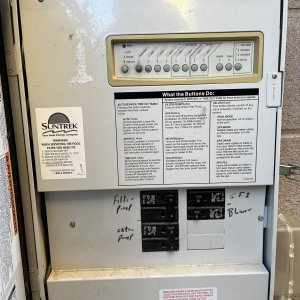 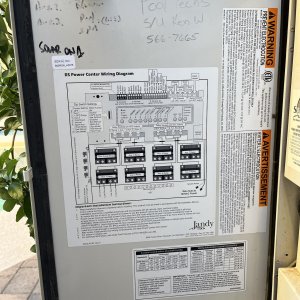 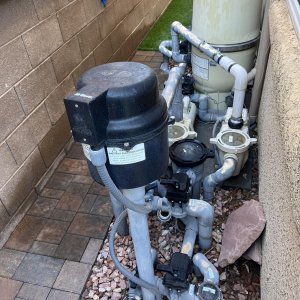 It should not take more then an hour or two and some PVC parts to cut at ground level the two pipes running up to the roof and tie them together. I am not sure the best way to do that since you didn't post clear pics of the plumbing around the solar valve and the two pipes.

Basically, fix the plumbing to eliminate the pipes running up to the roof. That can all be done on the ground.

This was resolved by installing a new check valve on the pipe coming from the solar heater.
You must log in or register to reply here.
Thread Status
Hello , This is an inactive thread. Any new postings here are unlikely to be seen or responded to by other members. You will get much more visibility by Starting A New Thread

Everything Else Oct 1, 2022
Russchastain
R

Pool heating for house with solar panels on roof

Thermal solar died... what next? Replace or electric pool heater?

Everything Else Aug 14, 2022
denwood
D
K
Why does the solar panel boot keep bursting.

Everything Else Aug 31, 2022
denwood
D
J
Solar blanket working too well, is this normal?