Help me identify this skimmer

Last year I bought a house and inherited an old pool. I believe this pool is 40 or 50 years old but I am not sure because I can't find any information on it. The skimmer cover says biltmore pools but when I search for that I only find results for biltmore resorts. I have been researching skimmers and nothing on the internet looks anything like my setup. I only have one port in the skimmer and it is on the side wall. My suction pipe is broken right at the edge of the wall. Are there any options to fix this without replacing the whole pipe?

Hang tight while I summon up some people that may be able to help.

Glare is hard to see... looks poured in place. 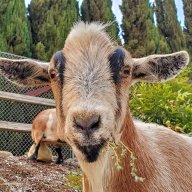 What attaches to the suction pipe inside the skimmer?
V

That is where I can connect the floor cleaner but it is also the skimmer intake. I can't find a basket big enough to fit and there is a bolt sticking out of the opposite side that blocks any basket from fitting
V

Also there is no pipe at the bottom, I vacuumed all the dirt out of there with a shop vac at one point just to check. I am not sure where the floor drain connects, I have a feeling the floor drain is plumbed in line with the skimmer

Measure it, now that I’m out of the sun I have a better view- 11” across maybe? Depth of sump?
V

Depth is 3 feet, I would say 11 inches is about right for the width the door is about 6 inches

That’s a Landon skimmer then, it use to house a de grid assembly; I’m shocked it has not met a jackhammer yet.
K

Landon or marlin deck skimmer, used to have a set of D.E. grids inside, http://val-pakproducts.com/product-category/landon-marlin-deck-filter-parts/. Some pool owners will tear this out and put in a Plastic gunite skimmer. it was made out of copper and would deteriorate over time, it even looks like someone painted it with a pool paint

The plastic pipe did not come with the skimmer, it was somebody’s mcguyver. Maybe you can follow their lead. Try to seal it from the inside?

The “bolt” are you sure that’s not an equalizer with a plug?
V

I am not sure but I will check when I get home, if it is an equalizer with a plug would that be the pipe to my floor drain. Also if it is what do you think the chances of it being a copper pipe? I am starting to think that someone repiped most of the system but stopped short of the floor drain because of cost.

With that unit in service, I’d expect aleverythjng from its install era to be broken.
V

Thanks everyone, you helped me understand alot. I spent a few days of research and didnt find anything out. I have a pretty good idea of what to do next. I will post an update when I have a solution. I am in the process of acquiring the original build permits from the city but I'm just wondering how old do you guys think the pool is?
Reactions: PoolguyinCT

Vinny, if it were my pool, based on the years of experience that responded to the post, I’d hammer jack that old skimmer, and give it a comfy spot in the dumpster.
Just the thought of chasing my tail trying to find parts now, and in the future, would warrant a do over.

It looks like an old skim filter that had the base disintegrate and someone came in and poured the base up with concrete, and knocked a hole in the side for the suction line. Which by the way was done with what looks like schedule 20 pipe (irrigation). If it doesn't leak, run it. If it do, replace it. You will probably be better off if you do the demo yourself. Then have a pool guy come in and replace the skimmer. Save some of that 5K. Dont be surprised if the skimmer is actually about a foot deeper than it looks when knocking it out.
Reactions: PoolguyinCT