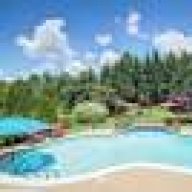 Hello!! Noli here from Maryland. This is my first post and I believe that I have the important info in my signature. Anyways...

On a crazy whim last Fall, my wife of 12 years and 10-year old son decided to move from a townhouse to a single family home in our same neighborhood because of the beautiful pool and landscaping - in addition to a many other perks! The pool was closed when we settled on the property (early Oct) but now it's time to OPEN HER UP!! I've never owned a pool, so this is ALL new to me!!

I had a pool company attempt to open the pool last week with plans of doing the chemistry experiment (ha!) on my own with the help of the internet!! Here's why I used the word "attempt":

5/16: Pool company noticed tears in 2 DE filter grids. Had to stop until new grids were installed. They double shocked the pool although the pump remained off due to the filter issue.

5/23: Pool company came out today with the 2 filter grids BUT I noticed that there were 5 grids that were damaged - UGH!!! Instead of ordering an additional 3 grids from the pool company at $35-$40 per, I asked about new complete assembly because the manifold and hardware were starting to look a bit rough. I ended up ordering on Amazon for $190 vs $400+ from the pool company. So another failed attempt at opening the pool! :-(

Here are a few pictures...

The unveiling on 5/16 (prior to finding out about the filter issue):

I'm sure I'll be back with a ton of questions!!

Holy smokes! Way to go Noli, and welcome to the forum!

So what do you need us for? Great transformation ... in ONE WEEK? Amazing.

Thanks, Texas Splash! I have yet to test the water since there's no circulation at this point. I've been reading up on the ABCs, SLAM and the recommended levels and chemicals. Fingers crossed and looking forward to being a part of this community!!
You must log in or register to reply here.
Share:
Facebook Reddit Pinterest Tumblr WhatsApp Email Link