Heated Pool - worth it? DFW

We are looking into building a pool here in DFW and wanted to get some insight on whether a heated pool is worth the additional cost? We have no desire to get a spa (would likely never use) and the main purpose would be to extend the use of the pool during the more cooler periods here in Dallas. Would it be possible to swim during temps of 60s/low 70s? What would the increase in utilities be if we were to use during temps of 60's/low 70s? Appreciate all the help. Thanks

You have natural gas service to your house? Read...

What good is clear water if the water temperature is to cold to enjoy it? We've answered some questions and provided simple tips to understand pool heaters.

Run your utility costs through the Pentair Heat Pump calculator and see what it tells you...

I’m in Houston and about to start building a pool. Like you, we have no desire for a spa, but we did want to extend the swimming season with some sort of heater. However, instead of a traditional natural gas heater, we opted for a heat pump / chiller. My research showed that a gas heater is best for quickly heating up the pool for short periods, whereas a heat pump heats the water slowly but is less expensive to operate if you want to hold the temperature for a longer period. A heat pump / chiller will also allow you to cool the pool in the middle of summer if your pool gets a lot of sun.

So I think you have to ask yourself whether you would want to heat up the pool for a random day or two at a time (which favors a gas heater) or for extended periods (which favors a heat pump). In our case, we plan to swim laps several days a week in our pool, so we want to keep the pool warm-ish in the cooler seasons.

Welcome aboard! Pool heat or not is 100% personal preference. I live in S Florida and we use ours a LOT this time of year. My brother lives west of you in Flower Mound. He does the same and he has a spa specifically for winter. It's quick and cheap to heat up in the winter during those cold spells when you would take a week to heat the pool. In Florida we use ours year round. Now semi-retired it's soothing when I overdo it with scuba, beach, or golf. Nice for cocktail hour (plastic glasses only) after dinner on the patio also.

In short spa requires heat, and heat is used some just to heat the pool. We did that twice in the past week. If you don't want a spa the case is harder to make unless you just want to extend swimming season a little before and after winter.

I hope this helps. Please do let us know what you decide.

Really appreciate all the insight and this will be very helpful in making our decision.
Y

I love using our pool when it is above 86F. Topped 95 the other day on a couple of hot days.
So soothing after work. I find it relaxes all my neck and back muscles. Along with a nice cool beer of course!

Our heater is solar.

But maintaining it above 86 requires a cover. So have to wrap it up every time I finish.
B

I’ll throw my two cents in. No it’s not worth it. I remember saying to myself “I can’t wait to swim in my pool all year long. It’s HOUSTON!” I’ve heated my pool exactly once in two years. I don’t like getting out of the pool when it’s cold. Not my thing. Can’t float either as air temp is too cold. Now I do use it regularly for my spa in the winter though! Love it. To me if i didn’t have a spa I wouldn’t have a heater.
I’d go with the Heat pump as mentioned above or a Glacier chiller (what i have and is cheaper than a heat pump and uses much less electricity). I keep my pool cold in the 105 degree weather. No swimming in a bath tub for me!!
T

A heater for an outside pool where the water temps often get into the 50's, is a 1-2 time occurrence after you experience the cost. I really like using my spa in the winter and rarely use it in the summer...as mentioned, I do not like taking a bath either, esp when you get out and continue to sweat. 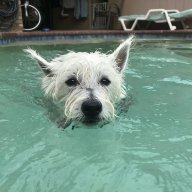 We live in Far North Dallas with a heated pool/spa. We have a year old Westie that loves playing ball while we are in the pool and she loves a swim when she starts to get hot from running around. In the last year, we heated our pool more than ever (beginning in March and well into November). In short, we love being able to heat the pool. In November, I feel like the pool became our oversized spa!

We heat the water so the water temp ranges between 86-90 degrees...just depends on what we want.

Average gas bill is $65. During the summer a typical gas bill is $35. (Other than the pool heater, the only gas appliances we have are a water heater, central heat unit, and fireplace.)

To predict whether it would be a good day to heat the water, we decided a forecast high temperature of 60 degrees would be the minimum. A sunny day with a forecast high of 60 is doable. A windy, overcast day with a high of 60 is not as fun. Once the high (air) temperature consistently hit the 50's, the wind became a negative factor. Also, a north wind on a 60 degree day feels much colder than a southerly wind. Our pool is on the sunny, south side of the house and relatively protected from winds by a tall fence. While we are protected from much of the wind, it can be noticeable on cooler days.

We have a spa and rarely use it. Our Westie uses it more than us. It's probably been two years since we have used just the spa during the winter.

during winter I drive 50 miles one way, dropping 1000 feet in elevation to swim 2 days per week in 78 to 82 degree water. air temp can be anywhere from 60 to 75. if somebody can do the the math and tell me what diameter gas pipe I need I would heat my pool if it is anywhere near the cost of driving. I would swim in just about any weather if I could, but the normal mid day temps of 50 to 60 would be fine. while it is hard to get out, the water feels warmer when it is colder out. having a hot shower to jump into fixes that 30 or so seconds of cold running back into the house.
N

Newdude said:
Going to swim you are getting Fantastic MPG. Coming home, notsomuch.
Click to expand...

At first, a 1000ft drop seemed huge, but spread over the 50 miles, not really. I couldnt resist the joke.
P

the main drop is within about 10 miles with a famous (for the railroad, not the interstate) climb called 3 Mile Hill. and I drive a Kia Soul, gets 30 to 33 mpg.
winter swimming is my biggest extravagance, but that pool in town saved my life a few years ago. would rather stay home and heat mine but I get bogged down in the details of figuring out how to swing it. so much easier to find $10 for gas now than 1000 plus for hot water no matter how the actual costs pencil out over time.
Reactions: Newdude

Here's another Houston (Katy, just west of Houston for you non-southeast Texans). This is from someone who never wanted a swimming pool...at all. I also didn't want a spa. And I wanted maximum 5 feet deep for safety and rescue of a toddler (our youngest child is 45; youngest grandchild 12, but still...) What I wanted was of no consequence. We have a pool six feet deep. We have a spa. We have a heater. Use the spa maybe 8 times last winter and twice so far this year. Frankly, the spa is way too much trouble when we use it. We also used the heater twice in April for the whole pool and once in November. It takes about 24 minutes per degree of pool water temperature increase with our Mastertemp 400 gas heater. Only takes in winter maybe 40 minutes to get to 104 degrees in the spa, though. Water colder than about 86 is "freezing" to my wife. Neither of us mind the highest water temps in August--maybe 93--so we don't need a chiller.

I don't know if it's true, but my pool builder and my real estate guy both told me a pool without a spa is a serious drawback when selling a house. A pool is at best going to get you back maybe 15 cents on the dollar, and less if pools are rare in your neighborhood. Of course, if you have a spa you need a heater. Bottom line. I would now not build a pool without a spa and a heater. A pool is so much money, so why not spend a little more and go first class? And a heat pump is wholly inadequate to heat a spa in winter in Houston, so it's natural gas heat. Period. My neighbor down the street got a commercial heater, because his wife wants the pool heated quickly and often in winter. His January gas bill is frightening.
Reactions: Newdude
You must log in or register to reply here.
Share:
Facebook Reddit Pinterest Tumblr WhatsApp Email Link

Paramount Clear O3 Ozone Generator - is it worth replacing the lamp?

Y
Worth putting 2 covers on?

Jan 30, 2020
YonnyPiscinas
Y
E
[see pic] Finally root caused my heater problem; does it worth to change the blower?

M
Is this solar cover worth saving?