Hayward swimpure plus appears to not be working or not working properly, or my FC demand is through the roof for unknown reasons 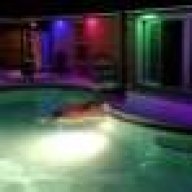 I have been having issues with my SWG generating enough chlorine in my pool. At 1st it seems my pool was eating up CYA too fast so I have been adding it constantly (3 full socks about 10 lbs in the last month) My current testing shows CYA at 80 but FC continues to drop. My SWG is almost 4x the size for my pool (t-15 for 12K pool). The lights on the swimpure plus are all ok, no errors. I pulled the cell and had leslie test it and it tested ok, yet it still doesn't seem to generate chlorine. I've been pouring liquid chlorine in lately and even that seems to be getting used too fast (3 gallons in the last 2 week or so). Here's my current test results (kits used in my sig). Curently pool is clear and covered with solar bubble cover (but I've removed that a few times and no change)

Now I only have it generating about 6 hours a day at 100% but I have never needed even close to that much and if I don't add liquid chlorine the FC keeps dropping. I normally never have to post here for pool issues but this one is driving me nuts and I'm about to leave for a week vacation so wanted to get any ideas?

Have you tried running your pump and cell 8 hours a day?

How much LC are you adding? What FC dows your pool hold with just the SWG?

Thanks for the response.

Just tested again in the last 5 hours running at 100% my FC appear to be up a bit or the same.

I could generate about 16FC per 24 hours with this cell and just used it to slam my pool back in feb. I actually overslammed it running the FC up in the 30's

OCLT seemed fine a couple nights ago, I haven't checked it regularly. I haven't been running the SWG overnight, assuming the issue was my CYA, but now at 80 CYA I think the SWG is either not performing like normal or dead despite the readings and test
J

If the amps get to 8.0, the unit will shut down with a high salt warning.

That might be happening because the amps are close to 8.0 due to the high water temperature.

It did show a high salt a couple times and I restarted it, but it hasn't done that lately (last week or so). That was one of the reasons I checked the cell. I checked my salt and was almost exactly the same as the instant salinity.

BasicTek said:
Just tested again in the last 5 hours running at 100% my FC appear to be up a bit or the same.
Click to expand...

Are you saying that test is good or bad? Sounds like your cell is working fine to me.
J

It might be shutting off due to high salt/amps and restarting. That's going to make the production inconsistent.

The Aquarite does not do well with high water temperature. At 90+ degrees, you have to lower the salinity to about 2,800 to 3,000.

ok that is something different, usually I've maintained my salt around 3000, so 3400 is a bit high for me. I thought it could go up to 3800 or higher. I maintain my temp in the 90's this time of year and usually just under 90 in the summer

ajw22 said:
Are you saying that test is good or bad? Sounds like your cell is working fine to me.
Click to expand...

IT's the 1st time in over a week the FC hasn't dropped fast. 5 hours at 100% and 80 CYA should be up by 2 so the reading is about the same as before giving a small % for testing error

Well apparently there is something in my water the FC dropped to 0 again and I just added 3 gallons of 10% to get my 80 CYA water to SLAM levels. It's clear as a bell and 0 CC. I had algae in Feb and was able to slam by turning my SWG to 100% for 24 hours so I'm still not sure it's working but something is sucking chlorine out of my pool (it was over 6 last night with 80 CYA)

You can do a SLAM at a CYA of 80 -- but it is tough. Turn off the SWCG and start dumping in the liquid chlorine. Test every couple hours and keep the FC above 32 ppm.

If you're getting more than 6 amps, the cell is working.

You need a full SLAM to address whatever is in the water.

I suspect you have a slimy green monster hiding behind your light.

so it failed oclt (dropped from 28 to 23) will add more liquid today.
The pool is otherwise clear, but smells like chlorine (which has never happened before.
Rechecked CYA and I'd say it's 70 rather than 80- (it seems to keep falling as well) so my new target should be around 28

We'll see how it turns out.

ok so just wanted to follow up, everything is working normal again and the best I can tell this is what happened

#1 CYA was eaten faster than I expected taking it down to 20 or less (taylor kit showed dot though cloudy at 30 but doesn't test lower) just over a month earlier it was 60-70 so that's a fast CYA loss. At this point it passed OCLT)
#2 I ran out of liquid CYA so I started adding powder (1st time) and it seemed to take about a week per sock (this was adding it too slow apparently and my FC repeatedly dropped to at or near 0).
#3 to maintain I turned up SWG to 100% but never extended the 5.5 hours, with FC constantly low I started adding liquid chlorine
#4 as CYA slowly increased (after 3 socks) I noticed FC still dropping even after adding liquid, and started this thread as I thought the SWG was not working...
#5 after watching my pool eat 10 FC in a day with SWG on and now 50-60 CYA I did another OCLT and saw that my pool (while still clear) was eating FC at an alarming rate
#6 SLAM time, unfortunately 2 days into the SLAM I had to leave the country for a 7 day cruise. The pool seemed to be stable but I wasn't sure so I left liquid FC with my dad but he never tested or added. Fortunately the SLAM had worked in 2 days.
#7 upon returning from my cruise I found the pool had 24 FC with 70 CYA and SWG set to 100% for 5.5 hours. I turned off the SWG for a few days to get FC back into single digits
#8 FC had dropped to 8 and I set SWG at 50% for 5.5 hours, today FC was at 13, CYA is still around 70 so that shows everything is back to normal

Thanks for the help, I thought for sure it was the SWG, but goes to show all the symptoms were caused by something invisible in the water that a SLAM has apparently killed for good. Bought some more liquid CYA at $18 a bottle in bulk on ebay it's worth it to me to be able to raise CYA instantly especially when my pool seems to eat it at a faster than normal rate sometimes.

Tim, just for future reference (and money savings), granular CYA is much cheaper in the long run, as the liquid is 75% water.
I can dissolve 2 pounds of granular via the sock method in about an hour. The trick is to squeeze the sock every 15mins or so.

Proper way to turn off SWG