I used to have a thread in here about my build. I don't see it now, but probably just overlooking it.

Started building in APRIL (2007), and paid my builder his final two payments today.

Only 20 weeks for his estimated 8... and much mental and verbal armwrestling. Wow. What an effort to build what seemed to be a relatively simple pool.

I've been lurking here occasionally, but just haven't even had the energy to share the pain.

THose of you who have had good builders... be thankful!!!!

The Pentair territory sales mgr drove over from Houston today to help them program my EasyTouch. For some reason my pb thought this would be 5 minute deal. After they (re)attached the transceiver, pb handed me the remote and said "do you have any questions?"

I handed it back... and said "show me how it all works"... Four hours later, they seemed to have it working right.

Meanwhile, if you're near Lafayette, LA, and thinking of building a pool.... I can tell you who NOT to use.

Good to be back!


stevenbrla said:
Meanwhile, if you're near Lafayette, LA, and thinking of building a pool.... I can tell you who NOT to use.
Click to expand...

I followed your build with interest. I think Madisonville qualifies as "near" Lafayette, so please share with me who to avoid and any other words of wisdom. 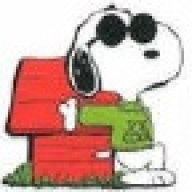 Congrats Steve!
I know you've probably been enjoying your pool, but I'm sure you're glad to get that monkey (PB) off your back.
S

I would not recommend them to anyone.

find a builder who several people can tell you that they did a very good job for, and would recommend them to their mother.

do not make the mistake I did of being fooled by the best sales presentation.

as you read things, make a list of things you want, and make this list a part of your contract (most will be inexpensive adders), and then hold him to them, and make him pay for anything he leaves out. (but don't expect him to read the list once construction begins)


by the way, beautiful little town you live in. i envy you.

Finally time to install a pool in our FL home