Had problem with Pentair IC40 1.5 Years Ago, Now Same Problems With IC60

I have an entirely different thread I started August of 2018 regarding a blinking "cell" light on my IC40. So, I've been there done that. In then end, with the help of some fantastic folks here at TFP, we decided that my cell was dead and that I should replace it with an IC60 to better suit the size of my pool and buy a cu later copper remover. Well, here we are again, almost 1 1/2 years later. So, I bought a new IC60 and a cu later copper remover, August of 2018, as suggested. Installed everything and it's all worked very well, up until now. The 1 1/2 year old IC60 is starting to have the blinking "cell" light again. It's springtime, so I know the temperature has been too low for the generator to operate, but the water temp is now in the high 60's so it should be working. Here's what I've done:

1. Checked the chlorine level. It's been low so I've added chlorine to get it to the correct level.
2. pH is balanced
3. Backwashed the DE filter, twice in the past 2 months
4. Acid washed the IC60

I tell you, I'm beginning to think the Pentair products are not right for me. Any suggestions are appreciated. It's pretty early in the morning, so I haven't called Pentair yet. Thank you all in advance. I know I'll get some great advice.

Hi B, and welcome back... sorry its for a reason like this. Can you please post your most recent complete set of test results? This will help our experts advise you. If you had this replaced by a qualified installer it should be covered by warranty. 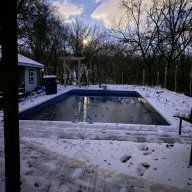 Manually test the salt level as well
B

Ok. I was finally able to get test results:

I'm on the phone with Pentair right now. We've run all types of tests over the phone and he's determined that we need to send out a tech, and yes, it's still under warranty. I'll let you know how it goes. If you have any ideas, those are also appreciated.

Why not use your K2006? We do not trust pool store tests other than metals tests. Your copper is high.

Phosphates are of no consequence. Especially at that low level, if accurate.
B

I have used my test kit. My results are the same except my copper strips show there is no copper. My test kit pretty much matches what the store says. I gave you the results from my kit, except for the phosphates, calcium and TC.

What does your temp usually run?
B

Well guess what? The green "cell" light has been solid for a few hours. I decided to put some phosphate remover in the pool. So, before I did, I backwashed the filter 3 times, added DE and then added the phosphate remover. I then left the pump running. I've checked it a few times over the past few hours and the green "cell" light is solid. Any thoughts?

The Pentair tech came out. Nice guy. Went over everything I had done. The unit still works quite well, all of the lights are solid green. I don't know what I did. It started working well after I triple backwashed it and added the phosphate remover. He said that maybe that improved the flow. I said, "wouldn't the flow light have blinked?" He said, yes, it should have. Who knows? Anyway, he gave me his direct number and told me to call if I had any problems. Thoughts?

Hard to say. Good it is working now.

Do realize the phosphate remover is a low grade clarifier. So it will gum up your filter. Be ready to break it down and do a full clean when you see a pressure rise.
Reactions: setsailsoon

I learn so much from here
B

mknauss said:
Hard to say. Good it is working now.

Do realize the phosphate remover is a low grade clarifier. So it will gum up your filter. Be ready to break it down and do a full clean when you see a pressure rise.
Click to expand...

Whoops. I had no idea. They said that I needed to run the phosphate remover through the system and backwash three times afterwards. Well, time to do a full clean of the filter I guess.
You must log in or register to reply here.
Thread Status
Hello , There was no answer in this thread for more than 60 days.
It can take a long time to get an up-to-date response or contact with relevant users.

E
Pentair superflo VS and IC60 with timer