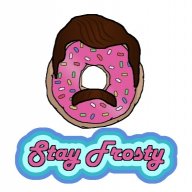 I've been looking around here for few years now but didn't have a pool. My wife and I decided to get one of the smaller Intex pools back when our 16 year old was born. I didn't know much about pool chemistry and thought you could just add chlorine and everything would magically be ok. Boy was I WRONG!! The pool lasted only a few days before the water began turning murky and then overran by algae and slim. Fast forward to 2014.... the wife and I began looking into building an unground pool. I started doing research about pool chemistry and came across this site. That was when I learned what I did wrong the first time. Pool School was awesome to read! As life would have it though building a pool at that time was going to be difficult for us. Living in the Central Valley of California posed some serious water restrictions at that time due to drought. We would have been able to build the pool but there was question as to whether or not we could fill it without costing an arm, kidney and first born child. So we decided to do fake grass since the back yard was bare dirt. In hindsight I wish we would have just waited a few more months since they began letting people get permits to fill pools again. We still wanted a pool but life has been a little chaotic the past few years so we didn't give it much thought until this year. The other issue was do we remove some of the fake turf we spent a lot of money on having installed. We said it was worth it and started looking at pool builders. Then life happened again a couple months ago. Orthodontist said three of our four kids are going to need braces within the next year and one of them just started. There goes the pool money....

Long story short, we bought a pool from Costco. At $500 I figured we couldn't go too wrong. With all the reading in the forums here I decided to upgrade the pump to a Intex 16" Sand filter. My wife isn't a fan of salt water pools so we decided to stick with chlorine. We have had the pool up and running now for about 2 weeks. The water has been crystal clear and hardly no odor of chlorine! Daily and weekly numbers have been great. The family is happy and in the pool all day now that school is out. Next week I'll add PVC plumbing and a fountain once all the parts arrive to convert the smaller inlets to 1 1/2" fittings. I thought about going with the Hayward skimmer but I think I'll stick with the Intex skimmer so I can keep the water level a little higher.

In the future we will probably upgrade to either a larger pool or build an in ground pool. For now though this will work.

Thanks to those who contributed to Pool School! For several years after the first debacle I didn't think I could maintain a pool. Now I know anyone can do it if you study what it takes to keep the pool chemistry correct and put in the time and effort.