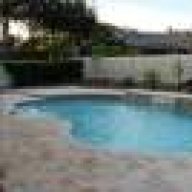 My cell has died after 6 years. I noticed the lights weren't lit up on the cell so I check the breaker and it was fine. I opened the power center and the light wasn't on so I checked the fuse and found it was popped. I replaced the fuse and it immediately popped. I unplugged the cell and replaced the fuse and it remains good (green light inside power center stays on). Looks like the cell prices jumped up quite a bit from the $500ish range to now they are $600+, and my local pool store wants $899! My pool store suggested an option of switching out the Pentair system entirely to a Hayward 25K unit, which is close to $1,100 with the power center, stating that the replacement cell is significantly cheaper than the Pentair. I will also get a 4 year warranty. Suggestions on swapping to the Hayward, or replacing the Pentair cell?

If you do not have a Pentair automation system then you can change. Circupool is well regarded here on the forum.

Though, 6 years is a good run.
Reactions: TPKnight

I too have noticed that the cell prices have gone up.. I bought my last one from Welcome to Polytec Pools

If you do not have an EasyTouch, or other Pentair automation, it might make sense to move to a different system..

If you do have Pentair automation, or plan on getting it, I'd stick with Pentair.

The system is for a 15K pool and no automation.
S

my LPS told me prices on chlorine area gonna go up because triclor comes from China and there was a huge chem factory in the southern states that burned down.....