Getting (re)Plastered in the morning! Freeze damage makeover...

Ok not much of a makeover, just going a shade or two darker on plaster, a shade different on glass spotter tiles, and had some coping fixed that had started to come detached.

Attached is pic with the bond coat ready for tomorrow. Not happy about spending the money, but might as well get excited about it anyway.

That was quick.
T

After our previous discussion about plasters and such, I contacted the guy that did the original plaster. He's a good guy, whom I've referred to others that needed to get replastered. So for he hasn't let me down on a referral. He cut me a really fair price, better than the $9700 bid I got from another company. Plus, he was available. I figured I better strike while the iron was hot.

After talking it over with him, and though I said I wouldn't do it, I did select to use another StoneScapes plaster. Hoping this was just a fluke!

He did say this year is the first time he's ever seen damage like this on pools, something echoed by the other guy who bid it as well. He told me about some bids he's done where both the equipment and the plaster were destroyed in the freeze. Sad state that I feel lucky just replastering... Such a mess for so many people.

Yesterday, they fixed some coping issues(unrelated to freeze). Looking forward to the show today!
T

It has begun! Right on time. These guys are such a joy to work with!

I have the same color Stonescapes(Aqua Blue) and absolutely love it. The best is the way it looks at night with a Navy Blue led color to further deepen the blue. Enjoy! 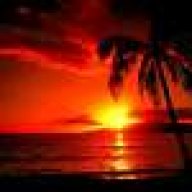 joboo7777 said:
I have the same color Stonescapes(Aqua Blue) and absolutely love it. The best is the way it looks at night with a Navy Blue led color to further deepen the blue. Enjoy!
Click to expand...

Thanks! My apologies. Aqua Blue was what we had originally. I forgot to change my signature to reflect that. We really liked the Aqua Blue, but since we were having to do it again so soon, we decided to try something different, and went with the StoneScapes Tropics Blue Puerto Rico blend, with extra glass beads. Both are great colors I think!
Reactions: joboo7777
T

Done. Super happy with the color and job. Here's a few after pics:

T
Jumpin' on the Bandwagon in NTX

Under Construction Apr 27, 2021
TexasTomKat
T
A
Need advice! Under contract in NTX.

Under Construction Nov 6, 2019
Lucanjo
L
S
Cautionary Tale of a Pool, Fed Up, Frustrated, Lost & Sinking In The Deep End!