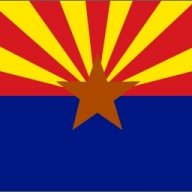 Over three decades, there have been solar covers of mine that have lasted 18 months here in the AZ Sonoran desert, and some of those years they were on just about every day. The last two, each used during our swimming season, of course, were big-time losers, or were they? All were the 12-mil thick blue ones and bought through different merchants off Amazon running between $85 - $125. Granted, I was employed most of those years and didn't care about water chemistry and such and certainly didn't think I'd become a sort of amateur hydrologist in retirement. Although the quality of these covers has probably gone down, I doubt it, and the merchants I've complained to insist its not them, it, or the source. It's me, the sudden expert in all things, where a little knowledge is worse than none at all. Still, I can't believe the higher than normal chlorine levels I maintain during swimming seasons, have caused such abrupt deterioration, so thought I'd ask this favorite forum of mine. Is it average for a solar cover in the Sonoran desert to last five to six months? Thanks...Joe

Your “active chlorine “ is less then other “normal” recommendations.

You really expect the cover vendors to admit the low quality their products are?
H

ajw22 said:
You are not maintaining higher then “normal” chlorine levels if you follow the FC/CYA Chart

Your “active chlorine “ is less then other “normal” recommendations.

You really expect the cover vendors to admit the low quality their products are?
Click to expand...

Thanks, Allen. Some vendors (now gone) actually came through with a new cover, but rare. I'll be able to get back on the FC/CYA program after draining pool a month or so from now...JS

jfscottaz said:
Some vendors (now gone) actually came through with a new cover,
Click to expand...

That may be why they are gone.

As you can imagine, the evaporation rate here in the desert SW necessitates a solar cover and it does reduce the rate, which can be 250 gallons a day at peak! It extends the swimming season for sure, but a covered pool saves a little water. The protective cover you refer to is much more effective in your neck of the woods, but no so much out here where the 323 days of sunshine eat up everything that's not metal or stone. By the way, you'll find any laziness will subside come retirement, then your self-discipline will kick in and you'll actually take the time to do jobs right the first time, right...JS

ajw22 said:
That may be why they are gone.
Click to expand...

You got it...JS
You must log in or register to reply here.
Thread Status
Hello , This is an inactive thread. Any new postings here are unlikely to be seen or responded to by other members. You will get much more visibility by Starting A New Thread