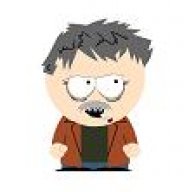 I have lowered the water level and cleaned vacuumed scrubbed and shocked, but haven't started blowing out the lines or using antifreeze yet. It's dark, and I'm hungry, so I'm calling it a day. So now I think up all these questions, and hope some of you can answer them and make tommorrow go a bit easier for me. Thanks in advance.

The Pool is down almost 2 ft. - after blowing out etc. should I raise the water level? I don't think the previous owners left it this low last year.

Should I remove my light? - the top is now only inches below the water line

Just how thick will the Ice get ?
(Western Michigan)

What is the best way and where is the best place to connect the compressor to blow out the pool?
The heater has a drain plug that looks perfect for adding a quick connect (Best option?)
Or using a rubber stopper and blowing through the hole I took the bolt out of, and going from skimmer drain to vacuum drain?

I set the water level four inches below the return(s), others aim a little higher or lower than that. The idea is to be sure that the water won't get up to the return(s) even if some water gets under the cover.

The best sequence for blowing out the lines depends on how many skimmers/returns you have, if a main drain is involved, and if you have valves that allow you to isolate each line or if they all need to be done at once. If at all possible, you want to find a sequence that lets you send all the air available to one line at a time. Since I only have one skimmer and one return I just set the shop vac blower blowing into the skimmer till the return blows clean.

You want to keep the water line and the light well seperated. Depending on how things are laid out that might mean removing the light.
K

You did not mention if the pool is vinyl or concrete. If vinyl you might not want to lower it two feet as the liner may lift in the shallow end.

I never drop my water level, actually keep it on the high side in the winter. I use a plastic item called a Gizmo" that screws into the bottom threaded connections in my skimmers and stick up above the water. They are flexible and about 3" in diameter and absorb the expansion as the water freezes. They have an opening at the top that allows you to blow out the line through them and then I pour some antifreeze down the line.

As for the returns I just pressurize them with air and when no more water comes out I insert a rubber stopper to keep water out. This has all worked well for 8 winters in NJ.

Thanks to you both for answers.

It is a concrete pool (Painted, but those questions will come later)

I have a gizmo - but my skimmer is not threaded (It's an old style "in the concrete" box with a drain hole in the bottom
The old owners just floated the Gizmo in the box, so I am doing the same.

I Blew out the lines ok, the job was a little more trouble since I have a second box in the ground next to the skimmer it has a small - 1/2 - 3/4 pipe that feeds like the returns and fills the box, A drain allows the overflow to spill into the skimmer. I have no idea what function it serves, but the line had to be covered with my thumb to allow blowing out the drain and returns. That meant a lot of walking back and forth.

The returns were a bit confusing, I added only about 8 ounces to one return line and it began seeping back out, I know I did not fill the entire length of the pipe with only 8 ounces, but there was no water in the line so that isn't it either. I guess it just needed a few seconds to flow around a bend or something.

I decided I probably will bring the pool level back up a bit - since I really don't want the cover stretching that much all year.

Thanks again for advising on this
W

One quick thing: the floating gizzmo won't do anything to protect the skimmer! Use the rubber plug once the line is water-free and then fill one of your bleach or antifreeze bottles ~1/2 way with sand or small gravel (to keep it ~ neutral bouyant) and place it upside down in the skimmer - the sand/ gravel will keep the empty part of it where the ice will form and the empty part will collapse instead of the ice expanding to break the skimmer box -- ice will just push an unsecured gizzmo or empty bottle up and out.

Thanks for that one. it makes sense now that I think it through, but I would have left it like that if you hadn't replied.
my skimmer box might not fit a bleach bottle but I will follow the concept with a 2litre bottle or something that will work.