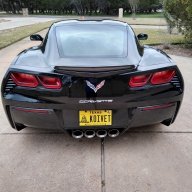 I have been using the LaMotte ColorQ Pro 7 Test Kit. After being informed it is not that accurate for certain tests, I bought a Taylor K-2006C.

I took a water sample today and tested it with the LaMotte first and then the Taylor -- replaced about 2,000 gallons yesterday, so my Chlorine will not be as high as usual. Interesting results:

The only aspect of the Taylor that I do not like is the CYA test...filling up the vial until the black dot disappears (too subjective) to determine the ppm...wish it had a "# of drops test" as the other Taylor tests do (with the exception of PH).

Since the LaMotte and Taylor had similar results for FCL and PH, I'll probably stick with the LaMotte for those tests as the LaMotte is much quicker and the FCL test is something I do daily.

Under 10 ppm, FC from the ColorQ should be fine. pH is an easy one so ColorQ is fine there.
TA is good now, but beware that you can get much different results over time with the ColorQ

The CH test is known to be inaccurate with the ColorQ.

Make sure you follow the Taylor instructions carefully for the CH test regarding sample size and drop multiplier.

For 25 ml test, multiply by 10
You must log in or register to reply here.
Thread Status
Hello , This is an inactive thread. Any new postings here are unlikely to be seen or responded to by other members. You will get much more visibility by Starting A New Thread

J
Brand new to this, hoping for a gentle nudge in the right direction

Testing and Balancing Your Water Oct 5, 2021
Bperry
B
P
Best Way to Test Water at a Pool Store