I was so happy to find this forum today. This is a story of an unsavvy consumer and a contractor who has not performed. The story is not finished so I will not mention any names, as there may be legal action necessary. I am writing this partially a warning to anyone who might read it and a plea for advice - and maybe a little bit of a rant, too! An older relative of mine, we will call her Sherry, decided to get a fiberglass pool with a local company last year. Unfortunately, she did not know at the time that the contractor was unlicensed and had many scary reviews online about his inability to finish jobs on time as well as the poor quality of work.

When Sherry signed the contract, the contractor told her (verbally) that the project would be completed by mid-July, a total time of 5 months. It is still not finished. After a lot of email traffic discussing color choices and so forth, the contractor basically went silent between May and September of last year and did not respond to emails or phone calls. Finally, in September, he contacted her to assure her that the pool had been manufactured and just waiting for shipment. The hole was dug in November. The pool arrived on site a few weeks later and it was the wrong pool - the one she was supposed to get had a built-in tanning ledge while the one delivered is just a single depth and is nearly 10' shorter. I tried to convince Sherry to not let them take it off the truck, but the contractor assured her he would provide "something better" and order a separate tanning ledge "for free." This was in December - he did not actually place the order for the tanning ledge until the end of March 2021. It arrived in late April.

When I visited Sherry's house in January, I noticed three things that concerned me: 1, the pool was visibly out of level (we measured 4" difference from corner to corner along the short side!) 2, the contractor had used what appeared to be construction debris for backfill (the hole around the pool was partially filled with big 18-24" chunks of broken concrete, cinder blocks, and other various materials mixed with some gravel) and 3, the side walls of the pool were bowed out significantly.

My advice to Sherry is to fire him and hire another reputable company to finish the job. I looked up one who has fabulous reviews online and asked them to come out and take a look. They did and immediately noticed some of the issues I mentioned above. They assured us they would be happy to help her but it would be about a month before they could start due to being very busy with existing work. After starting, they stated they could complete all remaining work in about 2 weeks. Sherry is worried because she doesn't want to wait until mid-July. My thought is that her current contractor, who hasn't been able to get this done in the last 16 months, is unlikely to finish in the next 6 weeks, and if he does, it will probably be a poor build that has many future issues. I also think legal action may be a good idea to recoup some of her losses for equipment that he hasn't delivered yet. And shouldn't he be reported for signing contracts without a valid contractor's license? I looked it up and it's required in my state.

What am I missing? Anything we are not thinking about already? Thank you for any advice or commiseration! I am very sad and feel angry and frustrated for Sherry. She doesn't have any knowledge of construction in general, much less pool construction. She also tries to be very understanding, so some of this stuff has gone on much longer than it would have if it were my pool! When she asks questions, he will call her and smooth talk some excuse. If she emails him (to have communications in writing) he tries to call to respond rather than reply to her emails. A pool is a big investment! I want her to have a good finished product.
Reactions: Apsuhead

What a horrible experience. Wow. Looks like you've covered just about everything though. I don't have anything else to add. Sure hope your friend gets everything worked out to her satisfaction.

Does she owe him money? In my state/county an unlicensed contractor has no recourse to recoup unpaid funds from a project. I would not want him touching the pool anymore than he has and I would have your relative take legal action to recoup damages, even if just the max allowable amount in small claims court.
Reactions: Cacori30

Unfortunately, some have seen the lucrative business of pool building explode n try to cash in during a pandemic. I believe this to be what happened to your friend. Hed be lucky to not get buried under that pool if it were mine.
Reactions: Cacori30

My vote is Sherry needs to dump the Contractor and use the reputable builder. There are too many red flags saying she will have on-going problems with her pool if she continues with the Contractor.
Last edited: Jun 2, 2021
Reactions: Cacori30 and clambert1273
W

Dump him. There is no way, no way at all he is going to complete the job in a competent manner.
Reactions: Cacori30
C

Thank you all! I convinced her it was time! She contacted her attorney and sent him a termination letter today. We will be reaching out to someone else and to see what can be done. She told me that two workers showed up yesterday to supposedly work on "installing drainage around the pool." They pushed some gravel around for a bit and then drained the pool shell which is fully surrounded by gravel backfill! I asked if they installed any bracing and she sent me a picture - I'm sure you guessed it, but NOPE! No bracing! No idea why they drained it or what they were doing! They left for several hours, then returned and left her garden hose running to fill the pool.
Reactions: Texas Splash
J 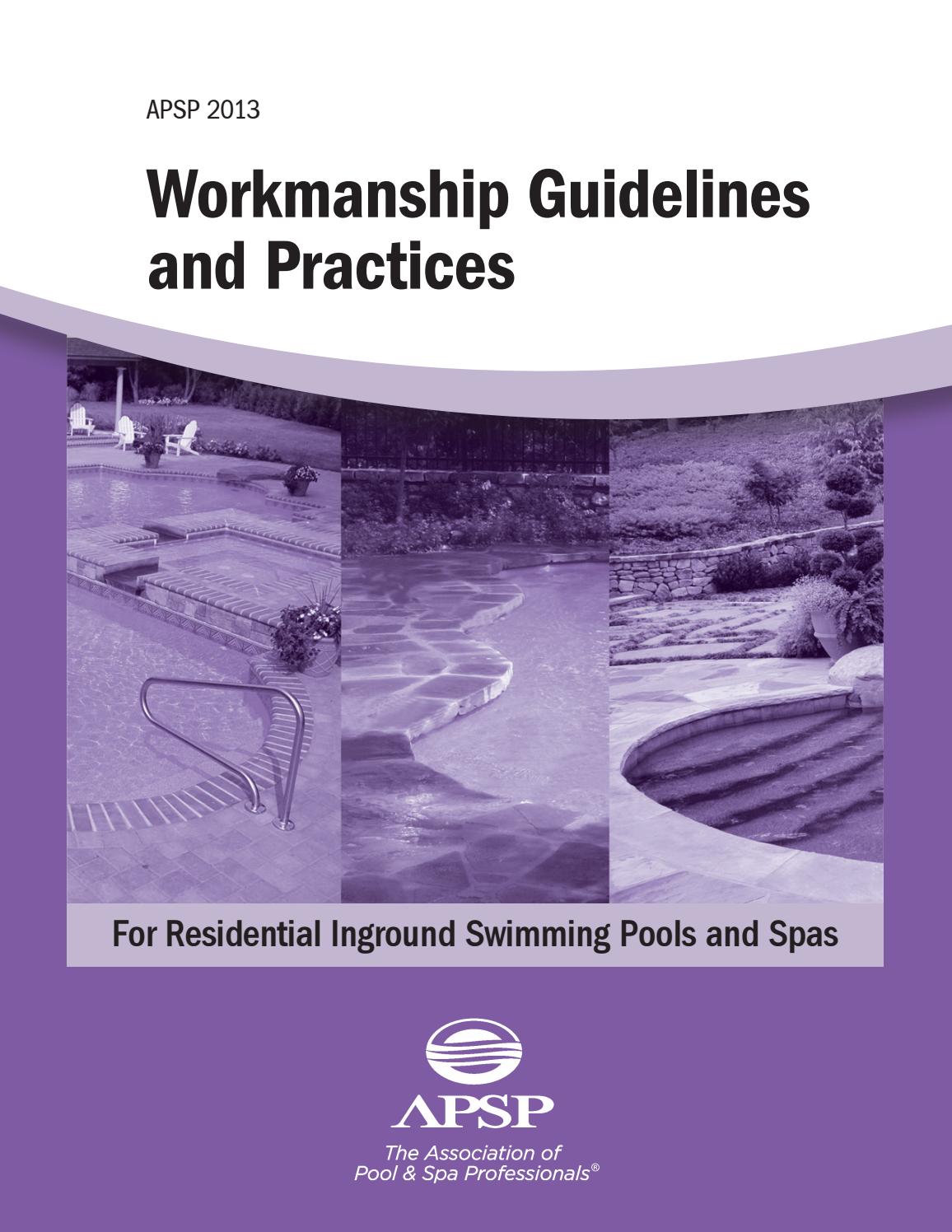 These workmanship guidelines are for dispute resolution for the construction, installation, remodeling, renovation, and warranty repair of inground residential swimming pools and permanently installed spas as required under the contract covering same. The requirements in this document supplement...

These workmanship guidelines are for dispute resolution for the construction, installation, remodeling, renovation, and warranty repair of inground residential swimming pools and permanently installed spas as required under the contract covering same. The requirements in this document supplement and do not supersede the design and installation requirements of ANSI/APSP/ICC-5 Standard for Residential Inground Swimming Pools and ANSI/APSP-3 Standard for Permanently Installed Residential Spas in effect at the time of installation. The goal of this document is to provide guidance to city, county, and state agencies having jurisdiction over such disputes. 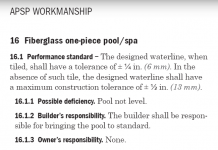 if he is unlicensed there might be no real remedy other than suing
Reactions: Cacori30
C

He was unlicensed when the contract was signed. He has recently gotten his license. Fortunately, she has only made 2 of 3 payment installments! The contractor tried billing for the third about a month ago and she informed him that she was not willing to pay any more until he made some progress or could provide proof that he had at least ordered outstanding items (coping, concrete, auto cover, salt system, pump, etc.) Since he did not, she never sent another payment.

I am just floored with this "supposed" builder. Makes me sick.
J

Any update on this? Do you have any pictures of the pool? 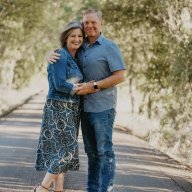 Wow this is terrible! I think everyone that has ever built a pool can agree it never goes as smooth or quickly as they had hoped but this is extreme to say the least. Hope she is able to get someone to finish it correctly. I would want the pool pulled and inspected then the backfill done properly. I looked in to fiberglass pools (but decided to go with gunite) and everything I read talked about how crucial the proper backfill was.
You must log in or register to reply here.
Thread Status
Hello , This is an inactive thread. Any new postings here are unlikely to be seen or responded to by other members. You will get much more visibility by Starting A New Thread