Anybody ever see pvc explode like this?
Nothing blocked. All pop ups clear. Someone said an air pocket.
It appears to have a bit of air bubbles in the sight cover of pump.
Air bubbles do come out of some pop ups.
Pump was on high speed. 30 psi at filter.
It was after salt generator. Salt generator clean.
We had a freeze last week about 30* but freeze protection turned on.
1st pic is the new valve and fittings 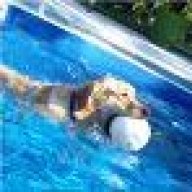 Possibly due to chlorine gas buildup in valve?
It looks like you have the 18 inch run after the SWCG but not before it. Have you checked to see if the line is blocked after the break toward the pool returns? (shop vac-pushing air like when you winterize.)

The places where the break goes right through the PVC joints, which points at either freeze damage or an explosion. Normal over-pressure or water hammer would break the pipe at it weakest spot, and not crack through where the pipe is double thick at the joints. Freeze damage and explosions are much more likely to damage large areas, as happened here, and not care how thick the pipe wall was.

It could be freeze damage, though it takes some guessing to try and explain how it happened. If the freeze protection was running only on the pool size, not on the spa side, ice on the spa side could have damaged the pipe, which didn't actually fail until some time later when the pressure went up a little bit. The freeze damage theory falls apart if the spa was also running on the freeze protection cycle.

A hydrogen explosion, as 4knights suggests, is also possible. A hydrogen explosion is extremely rare, but it might be the best available guess. Explosions happen very quickly, and can damage pipe with no regard to wall thickness. I can also easily see hydrogen accumulating in the pipe in that area, right after the SWG where the pipe turns downward. Air bubbles from the pump would make it explosive. Still, it is difficult to imagine what the ignition/spark source would have been.
B

There are separate pumps/heaters/filters for spa and pool side and both were running freeze protection.
Yes, there was a pool vac running and occasionaly sucks air if it gets high on the wall.
But nothing seems blocked after as far as any of the returns.
Water is cold and I believe the salt generators are inactive. Although it did happen shortly after the morning start up. Maybe there was a buildup from the night before?
Spa was run for the weekend and pool was shut down so warm spa water wouldn't return back to pool.
Break occured when everything was left to turn back on normally the next day.
Water hammer would make sense if air pockets in lines.
Can anything be added to prevent this? I'm nervous about running it again until I can figure out the cause.
Everything looks normal as far as pressure for now but I shut it down.
B

If there was a blockage, how much pressure can these pumps put out? A 2hp VS pump?
Also, if there was air in the line, wouldn't air compress vs a hydraulic effect with water?
I was just amazed as to how the pvc shattered vs just a joint breaking.
Good thing I was there since one chunk was more than 20' away.

Would 30 psi at the filter have anything to do with anything?
B

woodyp said:
Would 30 psi at the filter have anything to do with anything?
Click to expand...

It varies a few psi at the filter when the pop ups rotate.
I've installed brand new filters and it's never been below 28psi.
B

I should also add more problems to help diagnose the problem.
The pool is less than 4 years old.
Last year the filter top cracked all around the clamping ring. Blew completely off like someone cut it around the top part of the ring.
I clean the filters often (non DE) since it's a large pool and it gets a lot of dust and sand from being in the desert.
I figured it was from constantly loosening and tightening the band and expansion and contraction.
You can see in the pic that the VS pump is right next to it and it shorted out the drive unit from getting flooded.
That's the 2nd VS pump I've replaced due to a defective drive unit.
That's another story but the inside electronics get wet and short out. There's no vent for moisture.

What speed(s) do you typically run the pump at?
B

What specific RPM or GPM?
B

I thought it was 3400rpm.
I'll have to check tomorrow.
How would I check GPM?

You don't need to know GPM, either unit will do. Some models of that pump can be programed in either unit, while others only do RPM.

3400 RPM is good in that it rules out one of the problems I was thinking of, but you should also keep in mind that running the pump that quickly uses more electricity than running it at a slower speed.

Is there any chance that the SWG is running while the pump is off? The lights on the SWG should tell you if the cell is active or not. I would expect it to be shutdown because of the cold even when there is water flow, but it would be good to verify that.

Water hammer normally only opens up small cracks, it does not generally explode things.

That pipe and fittings look like schedule 40 PVC, which is rated for 100 PSI. 30 PSI is fairly high, and might well indicate other things that need to be optimized, but it shouldn't be exploding filters or piping. The filter is most likely rated to 50 PSI, so 30 PSI plus water hammer could damage the filter, but water hammer should not be enough to cause that kind of damage to the piping.
B

SWG aren't lit up when pumps are off.
The pumps start in a slower mode and then jump into high gear after a few seconds.
Not sure if I still have the pics of the pool equipment.
It's a huge pool with miles of piping,so the pool builder says. Not really sure how much but I'm thinking of the initial pressure to push water puts a lot of strain on the equipment.
I keep hearing from people as to why they have 3" inlet and 1 1/2" here and 2" there.
I think this pool was more than the builder could handle.

That is freeze damage. Explosion would have misshapen pieces. The freeze protection may be coming on too late. Check your air sensor to make sure that it is accurate/calibrated and out in the open. Not covered, sheltered, or being warmed by anything. The freeze cracked the pipes, then when the pump came on, blew everything apart.

Back when you had a problem with the filter, was it also in the winter?

PCs explanation sounds the most logical. However, freezing at 30F would be unusual so Budman just curious, what is your location and what day did this happen?

Plus any gas that collects in the pipe would need an ignition source to set it off and the only thing that could possibly do that would be the SWG itself and since that didn't blow, it isn't likely to be a hydrogen explosion. 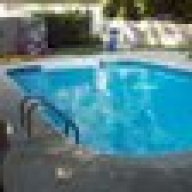 Pool Clown said:
That is freeze damage. Explosion would have misshapen pieces. The freeze protection may be coming on too late. Check your air sensor to make sure that it is accurate/calibrated and out in the open. Not covered, sheltered, or being warmed by anything. The freeze cracked the pipes, then when the pump came on, blew everything apart.

Back when you had a problem with the filter, was it also in the winter?
Click to expand...

Just how hard of a freeze would it take to do that - there was a pretty extensive section damaged - and the OP mentioned dusty desert environment so I wonder how far below freezing and for how long this pipe would need to be before this kind of damage would occur. Can freezing damage be cumulative?

UnderWaterVanya said:
Just how hard of a freeze would it take to do that - there was a pretty extensive section damaged - and the OP mentioned dusty desert environment so I wonder how far below freezing and for how long this pipe would need to be before this kind of damage would occur. Can freezing damage be cumulative?
Click to expand...

Well, to get the expansion needed to crack the pipe, it would have to be a freeze throughout, yes?

Simply turning on the pump with a closed valve or blocked line would not generate the amount of force needed to shatter pipe like that, unless it was broken already. Water hammer requires existing flow, then a sudden almost immediate closing of the pathway. This cannot be achieved with the valve actuators in use today, they slowly close OR divert flow, and if there was a pre-existing blockage, i.e. ice, debris, etc, the initial flow would never be achieved.


The OP did mention that it was good that he was there.

Question: Budman, since you were there, did you hear an actual "explosion"? or was it more of a loud knock or pop?

To get this kind of damage, the pipes would have needed to freeze solid all the way through. You can have smaller cracks with a partial freeze, but not this kind of extensive damage.

Freeze damage is not cumulative in the normal sense. A small amount of ice, such as from a mild frost won't damage the pipes, even if repeated over and over. However, it is possible for water to freeze at night while it is below freezing, and then not melt much during the day, slowly building up the amount of ice present until it eventually breaks the pipes. However, that won't happen if the pump runs during the cold periods. With the pump running, it takes an extended period (weeks) down around 20 or lower before there is any damage, and even then you wouldn't see this kind of damage, you would get smaller leaks first.

Ice buildup in the pipes depends on a number of factors, temperature, exposure to wind, water flow, salt content, etc, so it isn't possible to give exact numbers. Still, roughly speaking it takes say one night around 20, or a couple of nights in a row around 25 (with temperatures not significantly above freezing during the day), to cause this kind of damage. All of which assumes the pump doesn't run at all.
B

Sorry, I need to update my profile.
I live in the hottest place on earth, almost. Lake Havasu City , AZ.
The week before we did get down to about 30* but the "freeze on" was working.
Damage could have occured then and finally this past weekend it broke but it only got down to 55*. Nobody heard anything, just the water coming from the pool equipment.
Pool is still filling back up and it seems to be sucking air more than usual. I tried sealing all joints and other than the negative edge trough being very low, I can't find any intake leak.
It may even be the large pot with the basket just before the pump. It was replced a few years ago with a crack in it but i can't see anything.
This is the mess I'm working with.