I briefly saw in this forum, and cannot find again, reference to a misting irrigation for the soil around the pool in order to keep the moisture content steady. I am in the Sugarland, Tx. area (greater Houston). Our lot backs up to a Slough(baby bayou), and the soil moisture content varies to the extreme. Should regular irrigation take care of the pool. Presently there is grass and 3 palm trees, but am transitioning to less grass and more native and/or drought tolerant plantings, with separate zones depending on water needs. Do I need a separate zone just for the pool surround. Pool is situated very close to house, because of easement/power lines, and deck slops up to the pool. there is a junction drainage channel between small patio and pool deck, I am guessing to allow for movement of pool. I will see if I can post pictures. Advice needed. 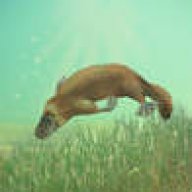 I "think" one the biggest issues (but not the only issue) with expansive soil in regards to pools is a construction phase issue. I read on the interwebs somewhere that if the soil is dry (as in a drought) when the shell is poured, that when the soil re-hydrates and expands, you can actually crack the shell. To compensate for this, a small void has to be left somehow for the soil to move into again. The converse circumstance of wet soil contracting away is not as big an issue (again, I "think") but constant soil expansion and contraction would eventually take its toll I am pretty sure.

I am sure that someone much smarter than me on this issue will comment shortly with very helpful info.

Now, that all said, keeping a constant soil hydration level will keep the soil more stable and you probably would benefit from that, especially for your home's foundation. I'm in northeast Houston and very familiar with our soil problems here. When we re-landscaped one area of yard next to a new construction addition, we went with black star gravel to deal with the grass killing shade and subsequent muddy area. I had a couple sprinkler heads put in that spot even though nothing is planted there to help keep the soil hydrated. There's no way to tell for sure if it's the reason, but we have not had movement issues that I am aware of there (yet).

On the other side of the house, we did have some foundation movement issues previously and depending on the time of the year, some doors would stick. That side of the house also had no gutters. We had gutters added and also added a french drain. Ever since then we don't get as much seasonal movement. I attribute that again to stability by keeping the soil from getting so over-saturated that we got big swings between when it was wetter and drier weather.

It was probably my post on micro-irrigation that you saw. Constant level of soil moisture is what is needed to minimize movement. The first winter we had a gap of 3/4" or more between the pool and the dirt and the plaster cracked and the pool leaked. I added the micro-irrigation and a timer from Lowes to run it 10-20 minutes twice a day to keep that gap from forming. I use the soil against the pool as my indicator to increase the water timer. I was slow to turn the sprinklers on again last spring and the gap formed again. This time the plaster cracked with no leak and the shell heaved 1/4" off from the pool deck. Turned the sprinkler on again and the shell moved back and it's all good again. So, now I am very diligent about checking that every couple of weeks or so.
T

Thanks for the information. I was thinking along the same lines as both of you stated, keeping the moisture at a constant rate. I am looking into getting someone(soil engineer perhaps) out to look at our yard. Our fence has gone from 90 degrees to 30 degrees just with the soil movement. There is a new sub development going in and the runoff is creating much higher water that typical over the last 9 years, during periods of extreme rain. We have already had to replace some pool plumbing do to expansion and contraction of the soil.
You must log in or register to reply here.
Share:
Facebook Reddit Pinterest Tumblr WhatsApp Email Link

S
New Gunite Pool in Houston, Any Comment on this Design and Equipment?