My build was just completed about a month ago; this is my first pool. I opted for an in-floor cleaning system despite there not being a real consensus on how effective they are. Now that mine is in, I do have an observation or two that I am seeking some feedback on.

The system is a Q360+ with 6 zones and 24 heads. The Zone diagram is attached. Zones 1 and 2 hit the elevated areas (steps, bench, tanning ledge) followed by 3-6 hitting primarily the floor from the shallow end (3) to the main drain / deep end (6). I expected to see these zones activate in that order: 1-6. In reality, they activate 6-1. In my mind, this pushes debris away from the main drain. Q360 Support and my PB contend that it doesn't matter which order the zones activate since the heads themselves complete an eventual 360 degree turn (and do so multiple times over the course of the total cleaning cycle). I still think it matters...but obviously I'm not the expert!

In addition to the order in which the zones activate, it seems like it might also be important to set the order of the actual individual head rotations, too. If two adjacent floor zones are always pushing in opposite directions, it seems like nothing would really change...

Am I overthinking this? Or maybe "underthinking" it?

Finally, the PB has me running the system nightly...for 6 hours at 3100 (the pool is 17,000 gallons). That seems excessive...but the floor still isn't completely clean most mornings when the cycle ends at 7am.

I have a partial in-floor system in my California pool, and even on a good day it doesn't work well. I feel your pain.

A robot cleans much better and costs much less to buy and operate. 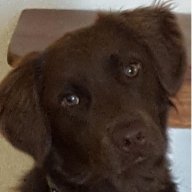 I have to assist my cleaners some times too. Primarily in the "corners". I would change yours to run twice a day as that worked better on mine. I run a 2 hours in the morning and 3 hours in the evening.
M

I think the in-floor COULD be effective...I haven't really had the pool long enough to really know. However, I'm still concerned that the installed configuration is not going to be as effective as it should be since the zones rotate in reverse order (deep main drain to shallow). I was hoping someone here would know if it really matters - if what my PB and online Q360 Support are telling me is correct ("it doesn't matter") or if they're just trying to avoid correcting the plumbing mistake.

Bumping this in the hopes that it'll find an answer!

I recommend you contact the manufacturer directly and ask which order yours should cycle. Once you determine that, you can get the builder to change it (replumb) if the manufacturers specs dictate.

While I have a different brand, if my zones were numbered like yours, the order would be 1, 2, 3, 4, 6, 5 (six before five). As for setting each head rotation, I usually do that twice a year (if I remember) - but the heads get out of sync over time and I'm not sure it really makes much difference.

I usually run my infloor at 2900 rpm for 2 hours in the AM and 2 hours in the PM - the rest of my runtime is at 1100rpm. But everyones pool is different and will require different cleaning times. And there are times I manually run at the higher rpm or manually scoop out debris.
M

proavia said:
I recommend you contact the manufacturer directly and ask which order yours should cycle. Once you determine that, you can get the builder to change it (replumb) if the manufacturers specs dictate.

While I have a different brand, if my zones were numbered like yours, the order would be 1, 2, 3, 4, 6, 5 (six before five). As for setting each head rotation, I usually do that twice a year (if I remember) - but the heads get out of sync over time and I'm not sure it really makes much difference.

I usually run my infloor at 2900 rpm for 2 hours in the AM and 2 hours in the PM - the rest of my runtime is at 1100rpm. But everyones pool is different and will require different cleaning times. And there are times I manually run at the higher rpm or manually scoop out debris.
Click to expand...

Thanks for your reply. I did contact the manufacturer; they claim it doesn't matter what order the zones kicked off since the heads rotate anyway. I asked them why they even require the builder to get an approved zone plan from the manufacturer then! Anyway, I was somewhat skeptical of their response so I thought I'd get some more (honest) feedback here! At this point, I can't even get the builder to replace two incorrectly sized heads he installed; he claims he installed everything to plan even though I have two heads that on either end of the pool's top steps that are supposed to be small heads and he installed both a large and medium head.

I am pretty sure my pop ups do not move from shallow end to deep end, in a "straight line" (but my cover is on). I do know that my manufacture wanted that diagram reviewed so that the pop ups are placed in the correct/best locations and distributed evenly across the 5 plumping lines otherwise they would have not covered my warranty. I do understand your frustration tho.

If all you were after was to circulate and push the debris and dust around, it probably doesn't matter which zone pops when. In my mind, I like the idea of going shallow to deep as I think it may help the heavier debris get to the main drains quicker - but that's just my theory (and I've been proven wrong before, just ask my wife

I was able to reach a manufacturer's rep; he emailed the builder and I was contacted - miraculously - the same day by the builder indicating he would send someone out to "verify" that the heads were incorrectly sized. Needless to say, the heads got replaced. Unfortunately, I think I'm stuck with the existing "backwards, deep to shallow" zone activation sequence...

I just realized Blue Square - who manufactures the Q360 - is only 4 miles from me... Is this who you contacted?

Maybe have a look through their videos to see if you can glean anything new about your system or install.... scroll down.

Yes, I contacted them directly (well, via email) and they insisted the zone sequence wouldn’t matter. I wasn’t sure if that was an accurate or forthright answer or if it was just an effort to backup their dealer / my builder.

My IFCS has two (2), six (6) port valves that run it. I have zones 1-3A and zones 1-5B. Zones 4-6A run the B valve and zone 6B is the wall returns, so there is no telling what order it will run in, except for the A zones. The B zones will begin at whichever zone was previously running when it switched back to the A valve.

I've attached a pic of it here. It starts in the deep end (Port 1A near the bottom right), and cycles up to the shallow, if it were to run in order.

My point to this is that zone sequence doesn't seem to matter. Although I was a little upset, like you, that it didn't follow a logical order.

I run mine for about 8 hours a day. The owners guide for my system said to start with 12 and back down an hour each day until you notice it isn't cleaning as well, then increase by 1 hour.

Is it perfect, no. Is it 80% or more, effective? I would say yes. Am I happy with it, yes. Does it cost more to operate than a robot? Absolutely. Does it keep me from spending a ton of time vacuuming and skimming leaves? I believe so. Would I do it again? Absolutely, especially at this stage of life where I have two kiddos that I spend a lot of time with.

I am still thinking of getting a robot next year, just for the fact that they will brush the walls. I can toss it in once a week and let it go to town brushing, while not having to worry about filters filling up with debris.

A&A In floor cleaning system - Does anybody here pressure test their cleaning heads?