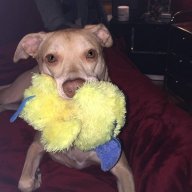 August in New England has been wacky weather - specifically the Boston area. I've been losing 1 - 1 1/2 inches of pool water a week since the second week of August. I didn't add any water in June or July at all - just in August. They came to close my pool yesterday. I told my pool guy the situation. I lowered the pool water below the jets for the closing. A week passed before the pool guy came to close and in one week I lost just over an inch. From what I have been reading, folks believe it's just evaporation. When I questioned my pool guy, he didn't seem so convinced. He said since it was still happening after lowing it below my skimmer/jets that it ruled out those two locations. I was at least happy to hear about that. He said it could be either my light or main drain. The liner is only a year old and he didn't see any visible indications that it was related to the liner. He marked the water line for me on my vinyl stairs and closed the pool up and put my safety mesh cover on. He told me to check it in a week to see if it still goes down. Then he would come down and rule out the light/main drain or hire a leak company to dive down. It's just so frustrating. According to the Anderson Manufacturing Company's chart (which I checked daily). My area is set to lose anywhere from .20 to .40 inches per day (through most of the month of August) - with the exception of a few humid days that we've had. I live on the ocean and nights drop at least 25 - 30 degrees with an ocean breeze. My pool is in the sun from at least 7am-6pm. I am praying that when I look at it next week it hasn't dropped and that it was just evaporation and that my mesh safety cover blocks out what was evaporation. I would think if it was a leak, I would lose a lot more than under 2 inches a week. I had a light leak one year and my pool would drop 2-3 inches a night! My pool guy says that if it was the main drain that my pool is small enough to not even need it and they would plug it up. If it's the light that's a pretty easy fix too. No need to break into pipes or it wouldn't be a major costly problem (which was a mian conc It's just so discouraging. I've finally got myself of track with learning how to get this pool up and running and now to deal with the unknown. Anyone else deal with any similar situations to this? I could use some reassurance or a good pep talk!

All sounds reasonable. Fall in many areas of the country people panic about 'is it evaporation or a leak?'. Nearly always it is evaporation. Low humidity, low night time air temperatures with still warm pool water temperatures creates much more evaporation. With your cover being mesh, it may not go away until the pool water temperature lowers to close to overnight temperatures.
You must log in or register to reply here.
Thread Status
Hello , There was no answer in this thread for more than 60 days.
It can take a long time to get an up-to-date response or contact with relevant users.

Evaporation in cold or leak