I'm new to pool maintenance. Bought a house last fall and my wife and I thought our pool pump broke two months later. Our intent was to resurface the pool this spring and replace the pump... so we let the pool go over the winter. Turned into a mess. Even had a family of ducks frequenting it at one point, hah!

I was able to get the pump running last week after YouTubing possible causes of pool pump failure and figured out the motor had seized. After a lot of moving the shaft back and forth to break up whatever was in there - I was finally able to turn it on and jump-start it. Still need a new pump, but it's working now.

With the markets taking a beating lately - we decided to put our pool renovations on hold. We still want to swim in it this spring so I started the process of learning how to balance the pool chemicals. The first thing I did was measure the FC - which was 0 - and then the CYA - which was way above what my Taylor test kit could read. Probably in the 200+ range. Based on the CYA reading, I knew I had to replace the water. I cleaned the pool, drained to a little less than half, and then filled it back up. After that I got the following results:

Just for fun, I brought in a sample of the water to the local pool store and their results matched mine (phew).

Since the PH was high, I used muriatic acid to lower it to 7.4 and then SLAMed with liquid chlorine. Brushed, vacuumed, cleaned filters, and repeated several times throughout the process up until Monday (2 days ago). Pool looks amazing now. Even better than when I bought the house, heh...HOWEVER... my new test results are:

I figure the FC will continue dropping to acceptable levels. Not sure why my CYA levels dropped so much though. It has rained a few times - pretty hard for short periods of time - over the past few days in North Texas. I wouldn't expect that to drop CYA levels so low.

The pool store recommended cal-hypo to shock the pool, but after watching a Youtube video on someone turning a pool from green to blue with liquid chlorine that had similar chemical levels as mine... I opted for liquid chlorine. My CH levels were right in the optimal range so I didn't want to take a chance and raise the CH levels unnecessarily.

Curious what yall think I should do moving forward? Do I simply add chlorine stabilizer and continue with liquid chlorine? or when the chlorine levels get low - switch to di-chlor or tri-chlor tablets to help raise CYA?

I know I need to get my CYA levels up. Just not sure what the best approach to do that is.

Pretty proud though of what I've done so far without spending an arm and a leg by hiring a pool service. See below for before and after

Welcome to TFP! and congrats on the new pool.

Before you do any more chemical adjustments, we need to nail a coupe things down:
- CYA: It doesn't change so drastically. If it was over 200+ before and you only exchanged half the water, it would still be over 100. The numbers just seem odd. Can you tell us what test kit you used? (Please add to your signature with all of your pool info). Also see our CYA Test instructions to ensure you did everything correctly.
- No cal-hypo. Unless you have extremely soft water in your area, CH will climb this year with refills from evaporation. Just stick to liquid chlorine (aka regular bleach).

Good job on the transformation. Let's focus on getting a good CYA for now.
J

Thank you for the response! I am quite excited to have a pool. I've been lurking on these forums for the past few weeks. What a great community!

I used the Taylor K-2006 to test after I replaced the water. I then took a sample to the pool store (not sure what they used) and they confirmed the results. To be honest, I was quite shocked my CYA dropped so much after replacing the water. That was one of the reasons why I brought a sample to the local pool store - I was doubting my test results. Perhaps I underestimated how much I drained from the pool? I have a sport pool where the deep end is in the middle (5.5 ft). I drained to the top of the lowest step.

I'll run another CYA test today in case I goofed up the one I did yesterday.
Reactions: Texas Splash

For the CYA test, if your test sample is cold, bring the sample inside and let it get to room temp before your test. Cold water may skew the results. Pool looks great...almost ready for full-immersion disinfecting.
J

Tested this morning - CYA under 30

My FC dropped from 8 to 7. Didn't test anything else. I might bring a sample into the local pool store in case my reagent went bad. Can't imagine the CYA levels would drop so much and so fast. We did get a few strong rain showers but not enough to replace half the pool water... hah!

R-0013 rarely goes bad since it's more of an inter reagent. If you did all the CYA testing protocol correctly, trust your results - it's low. If anything, add enough stabilizer just to increase by about 10 ppm. That way it doesn't surprise you by going to high.

CYA Testing:
Proper lighting is critical for the CYA test, so you want to test for CYA outside on a bright sunny day. Taylor recommends standing outside with your back to the sun and the view tube in the shade of your body. Use the mixing bottle to combine/gently mix the required amounts of pool water and R-0013 reagent, let sit for 30 seconds, then gently mix again. Then, while holding the skinny tube with the black dot at waist level, begin squirting the mixed solution into the skinny tube. Watch the black dot until it completely disappears. If it helps, pour a little, look away, then look back and pour some more. Once it disappears, record the CYA reading. After the first test, you can pour the mixed solution from the skinny view tube back to the mixing bottle, shake, and do the same test a second, third, or fourth time to instill consistency in your technique, become more comfortable with the testing, and validate the CYA reading. If you are still questioning your own results, have a friend or two do the same test 2-3 times. Share your results only after everyone is done to see if you came up with the same average results.
Click to expand...

Jp,
You did great and have a gorgeous pool. Now you need to be on top of it and don't do anything you're not completely sure about when it comes to chems. No such thing as a stupid question as we were all there at one point too. I have several recommendations for you. Firstly stay out of the pool store as yours wasn't too far off the #s but many are with 0 knowledge as to what's really going on whenever there is an issue. They are all good at taking your wallet to the cleaners. Also, you mentioned the pump and that you got it going but I have a secret for you. It'll fail at the worst time because that's Murphy's law. My suggestion is whatever you replace now can still be and should be used whenever you do the renovation. Do your research now and change out the pump and be done with it also, while you're at it invest in a SWCG and then you'll be set for the season. There's no mention of a pool vacuum in your signature so not sure if you have one from the previous owner. Let us know how the pool will get vacuumed and we can assist you there as well. Lastly, have you done the OCLT and met the 3 criteria. 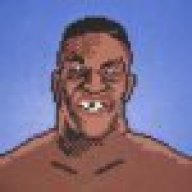 I recommend this CYA kit as it includes much more reagent and to me, is much easier to use than the portion of the Taylor kit for CYA. Amazon.com : Blue Devil Cyanuric Acid Test Kit for Swimming Pools, 4 oz. : Garden & Outdoor

I used to get weird measurements using the Taylor kit and honestly, it's why I don't necessarily trust the pool store's findings either as they use the same (in my area at least) and that test really does take a little practice to get right. This one I recommended OTOH, still needs a little skill to do but to me, is much easier getting an accurate reading from.
You must log in or register to reply here.
Thread Status
Hello , There was no answer in this thread for more than 60 days.
It can take a long time to get an up-to-date response or contact with relevant users.