Does water clarifier make you CYA level go down? How to add DE to a sand filter without a skimmer? 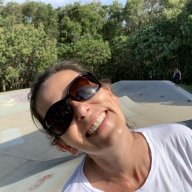 Aloha!
I am a new pool owner (bought our intex pool last summer) and thanks god I found this forum pretty short after that (had put a bunch of unnecessary stuff in the pool that caused me some trouble. But I guess it was a good thing though, otherwise I would not have found TFP that soon hahaha).
I live in Hawaii and we get lots of rain during the winter, but had no problems at all in keeping my pool sparkling during the whole winter. My main trouble started in March when we went on a vacation for three weeks and I had no option but use tablets for the time we were gone. On top of that we had a power surge and the pump was shut for the last week of our trip. Of course my pool was a mess, but not like a swamp.
I drained almost half of the water, SLAM, balanced, and added more CYA to reach 35. About a few weeks later (I had neglected the pool) and my water started to get very cloudy. After slamming it again and passing the overnight test, I ended up adding some water clarifier twice (I know I shouldn’t have, but I wanted to speed up the process because we were going to have friends over and wanted to use the pool). After that I used water clarifier one more time (April). Since then I had no problems again with the pool until last week. We had lots of kids over and I neglected the pool again.
Yesterday I finished up the slam process, but since the water was still pretty cloudy, I ended up adding clarifier again (kids having guests tomorrow).
Now my question... tested my CYA today and it is below 20 (guessing it is actually much lower than that)! Is it possible to loose that amount of CYA in less than two months? We haven’t had much rain either and the kids have been using the pool about two or three times a week since summer break started two weeks ago. I am wondering if the water clarifier has anything to do with it since it clumps up the small particles in the water?
Today I am going to add more CYA to bring it back to 35-40 and fix ph that is a bit low.
Now my second question... I just found here that I can add DE to my sand filter to improve filtration and never use water clarifier again. However, the instructions says to pour it in the skimmer, but since I don’t have one, how can I go about that?
Sorry for the long post! Thank you!

CYA down from 35 (we'd round up to 40) to 20 in two months? Absolutely possible. See this 2017 thread where I bring up pretty much the same concern. That summer, our pool lost 30 ppm between early June and mid August. That said, I don't think all that loss was due to environmental conditions (temperature, sunlight, etc.) -- that had some affect, but not all.

I have a theory that with small Intex pools like ours, repeated episodes of splashout play a big role. Sometimes, I'd lose 2" of depth after my son and his friends used the pool for an afternoon. Would also lose a good bit when it was just me and the kids -- an inch plus. Then after the inevitable South Louisiana rainstorm, the pool would get topped back off again. That process repeated several times. Eight to ten ~1.5" water replacements add up in a 45"-deep 3350-gal pool.

On top of that ... sunlight DOES seem to have an effect, though I've not seen it pinpointed just how much of an effect. I always wonder a bit when people talk about CYA as if it never changes. I guess it's all dependent on a given pool's local conditions -- weather, sunlight, bather habits, and probably other things.
Reactions: Gisele_CP

There is no connection between a decrease in CYA and clarifier.
Your issues can be completely corrected by maintaining proper chlorine levels, adding DE will not fix this dilemma and honestly your focus should be diligently maintaining your chlorine level.
Reactions: Gisele_CP

Thank you bordelond for your reply! That totally makes sense! I will definitely test my CYA more often from now on
Last edited: Jun 19, 2019

frustratedpoolmom said:
There is no connection between a decrease in CYA and clarifier.
Your issues can be completely corrected by maintaining proper chlorine levels, adding DE will not fix this dilemma and honestly your focus should be diligently maintaining your chlorine level.
Click to expand...

Oh ok. I probably misunderstood when I read that adding DE to my sand filter would improve filtration (thus helping with clearing the water faster). My bad! ?
Thanks for your help!
You must log in or register to reply here.
Share:
Facebook Reddit Pinterest Tumblr WhatsApp Email Link

M
How to make a pool cover roller

W
Adding chemical after chemical and levels up and down daily. Help please!

M
New pool Jandy DEV 48 filter was run without DE in it for month or more...