Does this count as passing the ONLT? 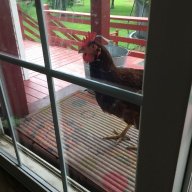 Hi, I've had a super busy (insane more like it) couple of weeks and haven't been able to vacuum the pool. I've just kept it as clear as I could by skimming, brushing, and keeping FC levels right. Finally took the morning off yesterday to get the pool vacuumed out super well and discovered a tiny bit of green under one spot of the flap caused by the seam (This steel frame AG vinyl pool) between the intakes and the return.. There is also a couple other spots that looks a bit pinkish (all under flap by seam). Overall the clarity of the water looked good. So I got in with a scrub brush and brushed all under the flap removing the green and pink spots. Then did SLAM keeping FC at 16 for the day and have kept the sand filter on. Did the overnight loss test, lost .5 FC (from 16.5 at 8:30pm to 16 at 7:30am) and my CC was extremely low. I not 100% sure the sample water turned pink after adding the 003 reagent, it was almost imperceptible but I believe it did, certainly one drop cleared it. So <.5 (used a 10ml water sample). Would this count as passing the ONLT or does it have to be a "hard" zero? My CC is usually 0 even with all the debris that gets in it from living in the country (bugs and leaves are a non-stop battle) though every now and then I'll get a .5. Never been more.

I'm mostly asking because the kids have been asking to swim since Sunday night and we have cool days coming very soon so I'd like to let them if possible but don't want to borrow trouble!

Let them swim.
You can safely swim in a pool as long as the FC is above the minimum and at or below SLAM level based on your CYA. You must also be able to see the bottom of the pool in the deep end of the pool.

As long as there is no visible algae or any debris from dead algae, then resume normal maintenance.
Reactions: CoolHome

If Marty says you're good, you're good! By the way your interpretation of CC is also correct. I'd call it less than .5 ppm.
Reactions: CoolHome
You must log in or register to reply here.
Share:
Facebook Reddit Pinterest Tumblr WhatsApp Email Link

M
Slamming for Algae not Going as Expected

L
Do I leave it as it is and close it or clean/slam it and then close it?

B
Third SLAM in as many months...can I break the cycle?

I
Chlorine smell after passing all SLAM test?