Someone in another thread had asked about how I built my own solar cover roller. So here it is.

Initially, I had purchased a SolarRoller and it worked pretty well for about three years after which the aluminum pipe corroded through. So I looked at several alternatives and came up with the following:

The design is based on a 1 1/2" ABS DWV pipe which because it is foam core floats unlike PVC or the original aluminum which tended to make the center of the cover sink. I used 10' pipe with a coupler but it would be better to use a continuous piece of pipe if you can find it that long.

To attach the cover to the pipe I used a faster with a 2" long 1/4 piece of the pipe in a clamp configuration (see pictures). I used the fasteners that came with the original solar roller but you could also use automotive panel fasteners with a hole drilled through the clamp and the pipe.

To roll up the cover, I reach under the cover for the pipe and just twist the pipe and the cover rolls up on itself. To unroll, I partially unroll the cover on the deck before pushing it all the way in and then simply unroll or pull on the ends of the cover to unwrap it.

Here are the pictures of the parts 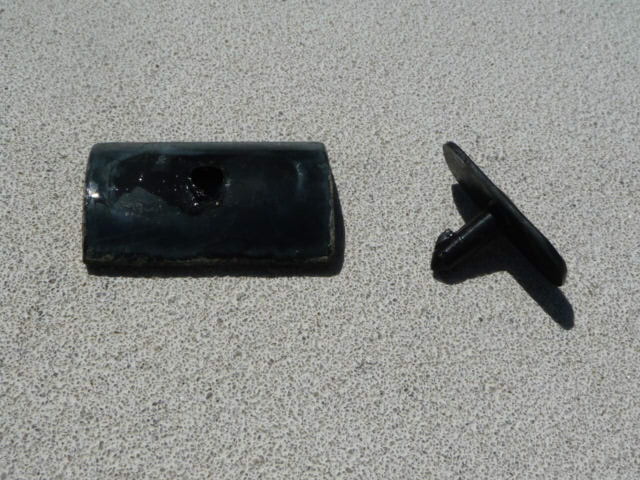 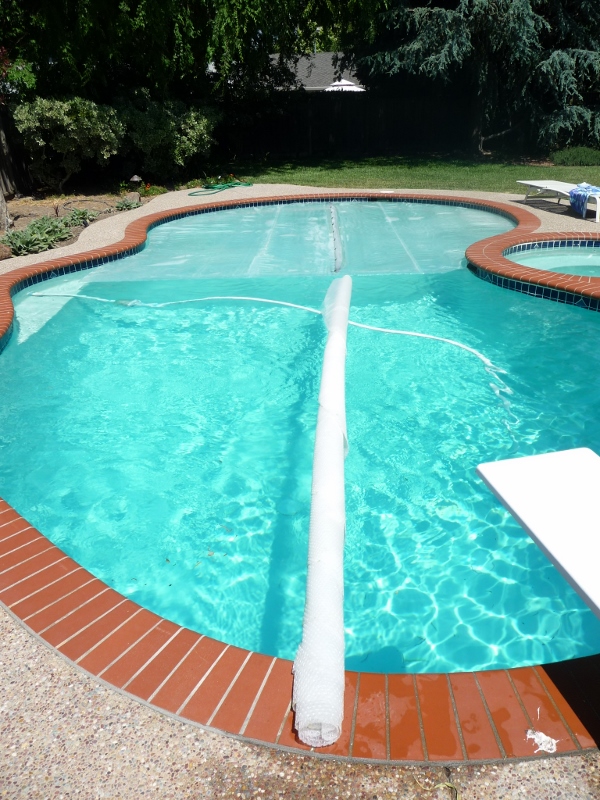 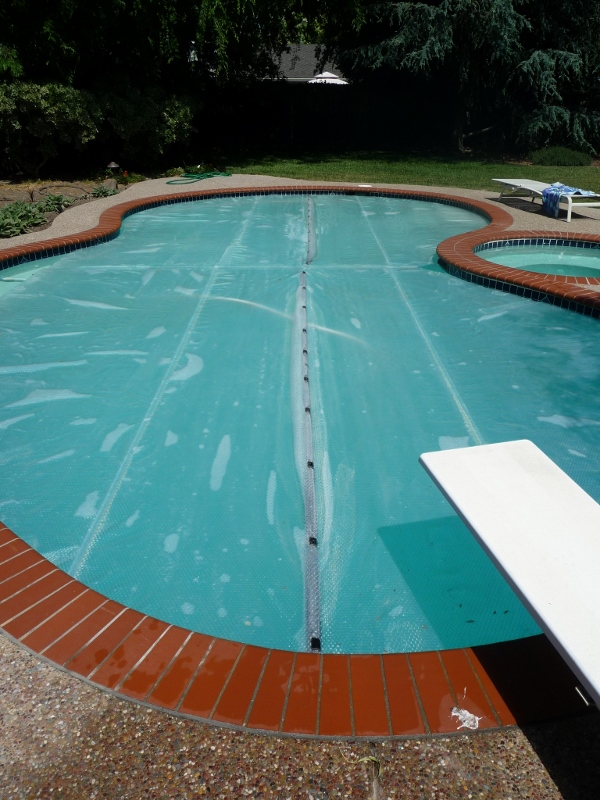 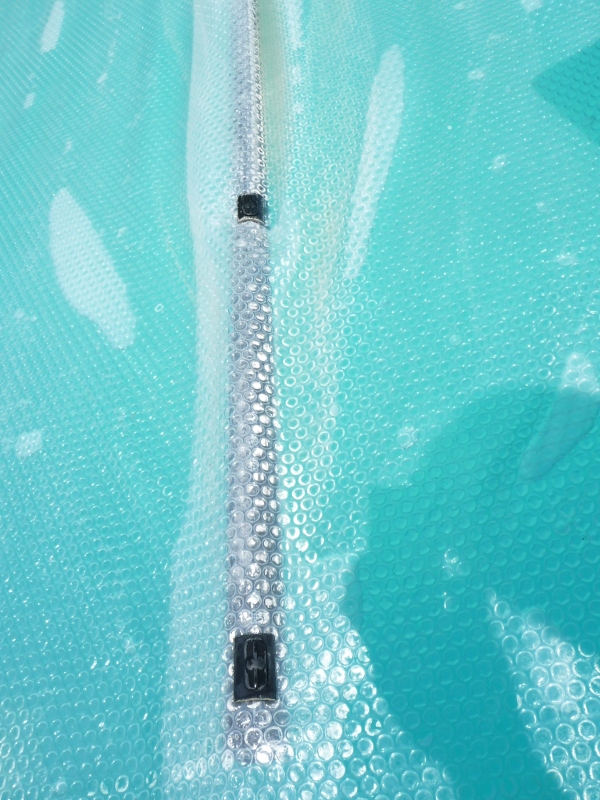 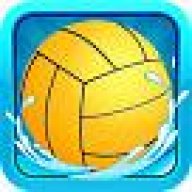 Where did you get the foam core pipe...did you fill it?

It is standard ABS DWV pipe and they call it foam core pipe because the pipe walls are made from a very ridged foam core product but it is still a pipe (i.e. not filled with foam). Like this:

Thanks again Mark. I have ordered all the parts, I'll let you know how it turns out! You have a very pretty pool and deck, BTW. I love the brick coping.

Thanks! Although a bird did a number on one of the bricks in the picture. :grrrr:
J

Yakiman said:
Thanks again Mark. I have ordered all the parts, I'll let you know how it turns out! You have a very pretty pool and deck, BTW. I love the brick coping.
Click to expand...

Hi Yakiman, just wondering how it went with making the reel. I'm deciding whether I should make my own or just buy the original. If I make my own, where would I buy the clamps? Mas used the original clamps from the solar roller split reel.

I made part of the clamp from the ABS pipe. 2" long and cut into quarters. The fastener was original, however, I think you could use plastic auto panel clips like you can get at Lowes like these:

The pictures are not showing up for me. Is there a setting I need to check?

What browser are you using?

Does anyone else have trouble seeing the pictures in the first post?
J

Mas. I don't see the pics. I had to right click and show picture. Also, your lowes link doesn't work. I am using safari....

Jonnybonz said:
Mas. I don't see the pics. I had to right click and show picture. Also, your lowes link doesn't work. I am using safari....
Click to expand...

Do you have another browser you could try? It might be the default for Safari to treat these images that way.

Regarding the Lowes link, did you click on it or copy and paste? Only a click will work.

[EDIT] I just tried both on Safari and seemed to work ok.
T

I am using firefox and can't see the pics either and have been brainstorming how to build such a thing...

I just tried Firefox too and can see the images fine. I am thinking this is a setting issue. Check one of the settings in Firefox:

Bizarre...I do have that option checked and still nothing.

I can see pics in all threads i've checked as well so far...weird.

Quick question. Do you have a google account and are you logged in? I just found out that people with google accounts that are not logged into google may have issues viewing these images. If this is the case, log into google and see if the images appear.
T

This is totally CRAZY! - But hey I can see the pics now and love the idea.

Ya gotta love Google. Do me a favor and log out of Google and then try to view the pictures again. I changed the permission on the photos and I want to see if that works.
T

Yep, logged out and I can see them....great job! 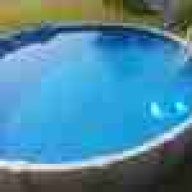