Dilute -100F antifreeze or use less? 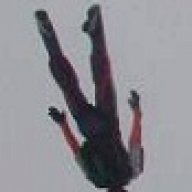 The ingredients are the same, so I assume it's safe to mix and use.

But I'm wondering if it would translate into 1:2 ratio.

It would be helpful if list of ingredients had %% in it, but it didn't.

I assume it's ok to pour less or -100F antifreeze into pipes instead of diluting and making it -50F?
N

Look up the active ingredient and its freezing charts as there are a few kinds. Most of the common ones have a dillution point where they drastically lose efficiency with a stronger concentration. It would be hard to guess how much water is left in the pipes to know the exact mixture %, but several charts did not equate half strength to half the degrees of freezing.

If its the same $4 a gallon as regular antifreeze, is it even worth it for $2 ?
You must log in or register to reply here.
Thread Status
Hello , There was no answer in this thread for more than 60 days.
It can take a long time to get an up-to-date response or contact with relevant users.

Just Getting Started May 15, 2021
jimmythegreek
J

Everything Else Feb 14, 2021
snoopy42
S
B
Antifreeze and main drain