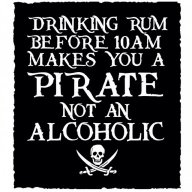 My pool remodel is done and we put water in on Friday so I should be really happy, but I'm not. I have had several issues during the build and feel that if I wasn't walking the job daily most of these issues would not have been dealt with.

Remaining issues:
1. Drains are crooked
2. "rope anchors" are also crooked - I didn't know they were going in and I would have said no if someone had asked.

The WetEdge installers left at 10:30 and by 10:45 I was on the phone with my project manager telling him about the crooked drains and rope anchors. I'm sure it was too late by that time to fix them, but by 3:30 he got back to me and said "The construction manager says you won't see the issues when the pool is full of water". With fresh pebble installed we had no choice but to move forward and fill the pool. Now that its full its really hard to tell the rope anchors are crooked, but the drains are still pretty obvious. What makes me most upset is that I told the PB the trench they cut in the bottom the pool for the drains was crooked. They said it wasn't a big deal but they'd ensure the plumbed drains would be correct. The plumber put the pipes in the middle of the trench so it was still crooked. They then told me they'd adjust the rings for the drain covers when they did the pebble coating. I've told them over and over and over and they still got it wrong.

I'm really mad at them and feel they should compensate me for the mistake. Unfortunately this wasn't like the Baja shelf the screwed up, the bubblers they put in too low or the light that was pointing up at a 30 degree angle. All of those things were noticed early and corrected. The only options for correcting this are to cut out the affected areas and patch which I fear will be very noticeable (the PB agrees) or to take out the pebble finish and start over which is overkill and nobody wants to pay for that).

In terms of compensation I feel they should wipe out the final 2k I owe them and give me something else (pool robot, pool solar, Ferrari). I'm not sure what's even reasonable after all, its is only the drains I've been bugging them about for 3 months ... 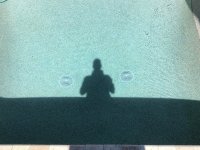 How annoying. The rope anchors, I could be wrong but I think are required by law. Safety feature for children to isolate them from the deep end.

That stinks. The rope anchors on my new fiberglass pool are crooked and are not equally spaced from the top of the shell. One sits underwater while the other one is out of the water. I try not to look at it but it drives me crazy.

Totally winging it, I'd shoot for $2k (more than I'd expect to get) then accept $1K in negotiation. It is just totally aesthetic, but you told them numerous times and they dropped the ball. Remove yourself form the frustration and deal calmly on fact. Then buy something you really like with the money that will last, so you can always say to yourself, the drains are crooked but at least I got this really cool __________.

Regardless of the amount you go for, to ask for what you realistically want initially is not a recommended negotiation technique. And this is clearly a negotiation. It will put them on the defensive, but you need room to perform the dance and still be happy.
S

I don't think something like that would bother me.
Watching mine get built in the backyard, it's pretty crazy just how agricultural the process is. This isn't like building the Sistine chapel.
Nobody that is at your pool is going to remark that, except for you...

@bmoreswim I'm with you - I'm trying to negotiate from a stand point of "what can you offer me that will make me forget this issue". Once done, if anyone notices, I'll say yeah, but they gave me a ....

My sales guy came by yesterday and commented about the drains and he's going to talk with the owner to see what they can do. I told him I'd like the remaining 2k forgiven, I'd like a pool robot "the expensive one", pool solar and a red Ferrari.

I'm not holding my breath for that Ferrari, but I expect them to come back with an offer soon. At least they know the sorts of things I'm looking for.
N

jspeacock1978 said:
Once done, if anyone notices, I'll say yeah, but they gave me a
Click to expand...

Correction. If anyone notices, give them a shove to help them get a closer look. They won’t look a second time, I promise. 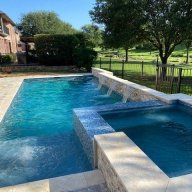 There are things I see every day that I wish I woulda pointed out during the build process but literally I am the only one that notices them I am sure. Do they bug me from time to time yes...do I get over it..yup. Enjoy your pool those drains are nothin...read around here long enough and you will see plenty of horror stories that will make you feel better 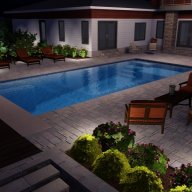 We had our builder come back and jackhammer out the main drain and redo it completely. They were crooked AGAIN. So, they came back a third time and I made them move it while I watched. They set it even more crooked than the first and second time. I finally handed them a level and a tape measure and they got it right. (you'd think they would know to use a level and a tape?) I walked around from every angle and gave them the thumbs up to re-pour. I knew it would bug me until the day I died, and I am glad I stuck to my guns. I look down there every time I swim and am proud of how straight it is!

The project manager called today and said they'd be willing to drain my pool, chip out the incorrect items and patch them back in. I'd rather not have to deal with a patch so I called my sales guy. He's been in touch with me often during the process and I complained about the drains and the inability fo the PB to connect my very first gen Pentair SuperFlo VS to the automation system. He asked if I'd like a new pump. I told him a brand new pump and forgiving the remaining 2k would make me happy. Not sure I'll get it, but I'm going to give it a shot. If they refuse I may just have them drain the pool and patch.

@Rickster03 - Funny story - I actually did something similar during the plumbing stage but strangely this doesn't bug me that much right now.

Under Construction Saturday at 3:22 PM
ajw22

G
Am I being too picky?