New pool owner, inground SWG, fiberglass in Iowa (we have winter).
Pool builder tells me the auto cover is my winter cover; it is not that I don’t trust him at all, but I like to hear from more than just him.
Is it true? Is this my winter cover?
Last edited by a moderator: Aug 1, 2020
S 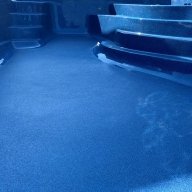 I am in the SW suburbs of Chicago, so you know we get winters here. I do not have my auto cover yet, but my neighbor installed a FB pool with an auto cover last year, and it was his winter cover this past season. All kinds of snow piled up there. Know of at least one more around my parts that only has the Coverstar as their winter cover, and when mine is done, will also be my only cover for winter.
N

IMHO anyone who uses the auto cover as a winter cover is asking for trouble if they get substantial snow or ice. Enough of either can collapse the roof of a house. In the perfect scenario the autocover is somewhat or fully supported by the water/ice level under it but that’s not always the case and all it takes is once. One could gamble and win for many years but I personally would not gamble my $12-$15k investment.

I imagine if I had enough snow on my roof that would be in the range of causing a collapse, yes, my auto pool cover would be at risk. I imagine any winter cover would be a concern if there was a season/event that had that much weight as well. I guess it just depends on where you live, and what your expectations for maintenance are during the off season. If you are in a part of the country where 2,000 lbs. could be sitting on the cover during winter, you probably should be looking for ways to take some of that off, but I think that would be the case for any winter cover, and probably even your roof if that much weight in snow and ice came.

I guess I would look at any winter cover in the Midwest or similar climates as not a "set it and forget it" kind of circumstance. Winters around here are not times where you just bunker down in the house and forget about the outside. You always have to take a look around outside for vent blocks, snow drifts, heck, even just moving snow off the driveway and sidewalks. I can see the pool area being another place to check during the winter season.

swimcmp said:
We have been selling autocovers for 20 and only have one customer who doesn't use the auto cover as his winter cover
Click to expand...

Would you consider that method set and forget? Or is there anything to be aware of? Any customers ever have issues?

I don't use my autocover as my winter cover and won't in the future, which is my personal choice of course, but I've heard a few unpleasant outcomes from doing so. One from this area was after receiving back to back blizzards (2'+ each time, within 3 days) that the first one caused the cover to displace enough water out over the dam wall, that it didn't leave the cover fully supported, which was not identified because of the 2'+. The the second blizzard came and ripped the unsupported cover for a few of Coverstar East Coasts customers. I agree it certainly can be done, but wondering how close to the almost zero risk it is of of a mesh safety cover.

As of a few years ago, Coverstar wouldn't warranty a failure due to winter conditions.

Southern Ohio is not noted for lots of snow. My auto cover is my winter cover. That was one of the reasons I went that route since my winter cover needed replaced. I do not drain my pool down at all. The cover is supported by the water / ice as the temps drop.

Here's a thread from last year on the topic for some other reading (thanks to TFP's Similar Threads listed below).

Safety cover or Autocover for winter 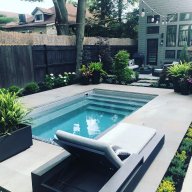 Although we are planning on using our plunge pool nine or 10 months of the year, we did buy a winter cover to use once we close the pool. I don’t want my autocover to take a beating in winter when it is an important aesthetic component to my backyard considering my yard is so small. Your mileage may vary.
W

I've seen both sides personally but don't recommend subjecting such an investment to the elements along with wear and tear. An expensive repair on the auto cover is almost the price of a mesh winter cover less the aggravation.
Reactions: bmoreswim

Out of 150 plus covers we have only had 2with problems. One completely ignored the pool once it was closed for the winter and never removed the water from on top. The other was just a dumb luck cover was aged and started to tear.
Reactions: bmoreswim
G

Ssauser said:
New pool owner, inground SWG, fiberglass in Iowa (we have winter).
Pool builder tells me the auto cover is my winter cover; it is not that I don’t trust him at all, but I like to hear from more than just him.
Is it true? Is this my winter cover?
Click to expand...

I’m in Nebraska and have had an auto cover as my winter blanket for 25 years. The cover has endured 3-4 foot drifts, heavy ice, and has not failed me. You should not have any problems as long as the water level of the pool remains stable. I fill my pool until there is 2-3 inches of water in the skimmer boxes. At that level you will have good support for the cover.

Pool is inground vinyl liner. 12000 gallons with heater and sand filter.
You must log in or register to reply here.
Thread Status
Hello , There was no answer in this thread for more than 60 days.
It can take a long time to get an up-to-date response or contact with relevant users.

Winter cover cleaner: Good Idea or the next PoolRx?

Wait for PB or open ourselves?