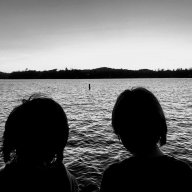 Hi TFP'ers,
Soon we'll be resurfacing our in-ground pool w/ Wet Edge Satin Matrix Cool Blue. From testing my fill water, my CA is ~75-100. I have browsed around this forum for CA additions best practices, but read different things. So, what's the proper way to add CA?

2. Via broadcasting it over the pool.

Thanks for the help in advance.

Calcium products should be spread across the surface of the deep end of the pool.
Click to expand...

Go slowly and in stages if you can. If needed, brush calcium that may have settled on the bottom to keep it from clumping or sticking.

Above all else, since this is a new resurface job, check with your contractor first. Often times plaster jobs skew the CH results, so make sure to follow the contractor's instructions for any warranty issues.

I think I would brush regardless if you see anything sitting on the floor.

I’m a little skeptical about the broadcast method. I don’t understand the chemistry enough to know if that’s preferable versus adding directly to the skimmer. In theory, if added via the skimmer, there would be less adhesion to new plaster, while at the same time performing regular brush it which I had planned on.

Been watching this 28 day start up video by what edge 28 Day Pool Start Up - YouTube featuring one of their representatives as well as Earl Jones, some plastering contractor, who said at 10:01 to place it in the skimmer. So, I’m not sure which method is correct. Any more input?

As far as my specific wet edge applicator, they include the initial chemical addition, however that could be a few days because after the fill I’m supposed to give them a call. So to me it makes no sense as I am capable of doing the chem myself. I’m not gonna wait for a couple days simply just brush the pool for them to come along versus getting things going. And I love to know when they come if they’re just going to broadcast large amounts in the deep end or add to the skimmer. So if anything I’d much prefer to know the right way to do it and do it myself.

I understand your concern about any solid additive sitting on the pool floor. Calcium Carbonate is not acidic (pH around 9, I think) so it is harmless enough. I can't remember any posts about issues from spreading it.

On the flipside, TFP makes a general guideline that adding ANYTHING thru the skimmer may cause some issues....we err on the side of caution so folks don't glom up their pipes or drop 100% muriatic with the pump off, etc., etc.

If you feed it slowly and/or diluted (and that is the key), I can't imagine any harm Calcium would cause thru the skimmer.

Just a caution that your new plaster may throw off enough calcium that you may not need to add any at all. Check with your builder, but he may tell you to hold off and begin testing every week or so.

Perhaps then after my fill, it may make sense to wait before adding any calcium. But, wouldn’t my calcium be off for a couple days or more until I see what effects occur from the new surface?

Or, the other option could be to raise it incrementally or perhaps only a quarter of the recommendation while waiting to see what manifests.

If I do use the broadcast method, how much can I broadcast at one time? Do I broadcast it diluted in a bucket, or straight into the deep end? How long do I wait between additions?

I need more specifics than broadcast it into the deep end.

Being short of calcium for a few days is no issue at all.....a few weeks MIGHT be a problem but not a few days.

I have never added Calcium so I can't speak to techniques. Use common sense. I would start with a few pounds but I think I would like to put it in the shallow end where I can see it and manipulate it better.

Others will offer good application advice but using your good common sense should be paramount.
D

Thanks y’all. Yeah I have been reading that re: exothermic rxn. As such, I’m planning on using the broadcast method. But, I’ll probably just wait couple days and see what happens with testing of the pool water after having the new surface.

My one issue is just how much can I broadcast at a time and per day without CA buildup (and this is regardless of brushing, as that’s already a given)?

I believe that the exothermic reaction is always a tad overstated.

I normally dissolve up to 2 Kg in a 10 Litre bucket of water and while the water gets a little warm it does not get what I would call overly warm or even remotely hot.

My one issue is just how much can I broadcast at a time and per day without CA buildup
Click to expand...

After some research, I'm not finding any specific notes on that either. The main concern about splitting-up the dosages (if required) was simply to be conservative as to not overshoot a CH target, and/or to help prevent possible clouding of the water. I did find a thread that stated most CH increase from plaster curing should occur within the first month if that helps. So once you discuss the options with your plaster contractor, if your CH is indeed still low after a few days, you might consider adding half the target goal and give the plaster some time to cure to see how much it climbs on its own before adding more. You can always add more as needed, but of course not remove it …… without changing water.

Great point Pat. Definitely under shooting it sounds better. Even if I’m low on calcium and see what manifest for the first month perhaps that’s OK/better. It’s just this concern that I have that the first month is crucial to the longevity of the pool and if I don’t get it right then that longevity is compromised. Am I over analyzing this too much?

Especially given the fact that I anticipate 55° water at the third week in November (fill time), with a calcium hardness of 200 and a TA of 100, the only way I can keep a CSI from -0.3 to 0.0 is with a very tight pH of 7.4 to 7.6. That sounds like that is extremely close monitoring. I have input test scenarios into pool math and with a low calcium I’ve come up with very negative CSI regardless of a TA of 80, 90, or 100. There is no way I can let the pH drift down to 7.2 or all the way up to 7.8 without this CSI showing problems. 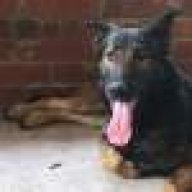 To add calcium carbonate I fill a 5 gallon bucket with pool water and add the desired amount and stir. It heats up quickly but the CC desolves in seconds. I pour into the deep end. EZPZ

Flatag said:
To add calcium carbonate I fill a 5 gallon bucket with pool water and add the desired amount and stir. It heats up quickly but the CC desolves in seconds. I pour into the deep end. EZPZ
Click to expand...

Be aware this is not the TFP recommended method and does create a potentially unsafe condition.
J

Note that it's calcium chloride and not calcium carbonate.

When broadcasting, brush quickly or the calcium chloride can bind to the plaster and is difficult to remove if it bonds.

In cold water, the calcium chloride is more likely to bond to the plaster.

If predisssolving, limit the amount of calcium chloride to 2 lbs per gallon to avoid overheating.

What would be the difference between CA chloride and CA chloride dihydrate with regards to effects in cold water? I expect the water to be about 55 degrees at time of fill. Thus, bonding would be an issue which of course I'd like to avert by all means. What could be some effective strategies to negate and/or reduce any chances of this cold water bonding? I'll brush, but perhaps the pre-diluting would be ideal. Is it possible to pre-dilute in warm water? Perhaps that would be even more effect.

You are wa-a-ay overthinking the addition of CH to your pool. That perfectly fine if you choose to do that but you are asking about issues that are really of no consequence to TFP or your pool.

Tx Dave. Just concerned b/c especially w/ a new surface I didn't want any more "bumps (of bonded CA)" vs. what the small aggregate gives.

mknauss said:
Be aware this is not the TFP recommended method and does create a potentially unsafe condition.
Click to expand...

How is it unsafe?
J

The reaction is exothermic. So, it gets hot. As long as the water to calcium chloride ratio is good, you're ok.

I have done 2.5 lbs per gallon and it gets hot, but not crazy hot.

2 lbs per gallon is pretty safe.

You can predilute or broadcast and brush.

As long as you brush quickly, the calcium chloride won't bond to the plaster.

CYA Additions Not Adding Up

B
Liquid Chlorine and correct amount