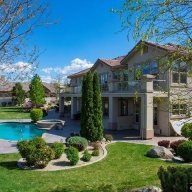 I've recently swapped out our single speed pump in favor of an Intelliflo VS (011028) and added a Circupool RJ60+ SWG. Everything is up and running except I need to connect the pump to the
Intellitouch com ports. The Intellitouch has the i9 plus 3 personality board.
I found an online manual that indicates com ports J7 & J8, green wire to terminal 2, yellow wire to terminal 3. Does this sound correct?

Just make sure you have no power on anything when screwing with com port connections.

You will then need to set schedules for when you want the Pool or Spa Circuits to run.. And will need to set up pump speeds for Pool and Spa and whatever other speeds you want to run.

Do you have ScreenLogic?? If so here is the speed set up page... 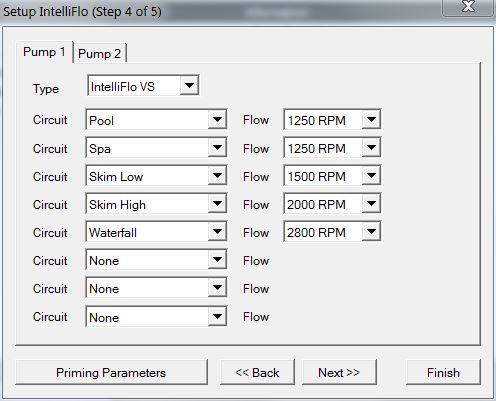 Thanks again Jim! Got the wires hooked up, but looks like I need to name the new pump.

You don't need to name the pump.. You don't schedule the "pump" you schedule either the Pool Circuit or the Spa Circuit..

Then you assign the speeds you want the pump to run..

The basic concept is to use the slowest speed you want to run for the Pool mode.. Then use Feature Circuits to "add" different speeds.. The pump will always run the fastest speed it sees..

Here is a simple example... A total useless set of schedules just to show how they work...

Let me know if that is not clear as mud...

@Jimrahbe I'm thinking I might need to be in the remedial class! I can't figure out how to program & connect the Feature Circuits to the pump...

I assume the IntelliTouch is very similar to the EasyTouch..

Each Circuit can have one and only one pump speed...

You have to tell the IntelliTouch the speed you want each circuit to run..

You should have something like this under.. Menu, Settings, IntelliFlo, Speeds.. You should be able to add a speed to each circuit.. (Depending on the age of your system, it will be limited to 4 or 8 speeds.

Let me know if you find it..

Still not seeing it Jim, I wonder if my system is too dated??? I think it was installed in 2005 and doubt it's ever been updated.

Let's see what Tom has to say.. He has an IntelliTouch.... Calling @ogdento

In the mean time, what do you see when you go to Menu????

This screen displays when I push the menu button.

If you go to Setup, do you see an Equipment option? You should be able to get to intelliflo through that. I'm not near my system so this is coming from memory... grab the manual from the pentair site if you still can't find it
Reactions: BadDogPSD

Here is the link to the manual (too big to upload).

Also, his is menu tree showing that you go to setup-equipment-then select which equipment 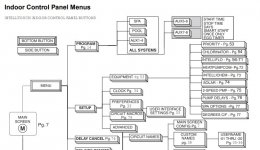 ogdento said:
If you go to Setup, do you see an Equipment option? You should be able to get to intelliflo through that. I'm not near my system so this is coming from memory... grab the manual from the pentair site if you still can't find it
Click to expand...

Here's what I see when I go Menu>SETUP>EQUIPMENT

Thank you @HermanTX , much appreciated!

I suspect that your system is so old that it does not recognize VS pumps...

See if you can find the Firmware version...

Hey Craig,
Yeah, you need a firmware update... if you've got a local shop that does pentair stuff they should be able to come out and do it for you (the fee varies wildly). If not you'll have to send the mainboard AND indoor remote to somebody to update, or give it a crack yourself (there's a TFP thread explaining how to do it). I can't do it until October, but I know @jerryt has done some intellitouch updates as well.
While you're waiting for the update, you can program schedules on the pump itself and it will run them - just won't be connected to the intellitouch.
Tom
Reactions: BadDogPSD

Thanks guys, I appreciate the help.
You must log in or register to reply here.
Thread Status
Hello , This is an inactive thread. Any new postings here are unlikely to be seen or responded to by other members. You will get much more visibility by Starting A New Thread

Everything Else Nov 9, 2021
Pesh
P
S
Intelliflo VSF pump does not communicate

Converting to VS Pump - finally!!!!

C
Pump Not Turning on when EasyTouch Filter button pressed