Confused about CYA and chlorine 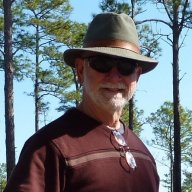 Here is a quote from the TFP Wiki
...Cyanuric acid, when dissolved in chlorinated pool water, forms various compounds with chlorine called chlorinated cyanurates. These are chemical compounds very similar to the original cyanuric acid where one of the hydrogen atoms has been replaced with chlorine.
In this way, the cyanurate compound buffers the chlorine in your water. When the chlorine atom attaches itself to the cyanuric acid molecule, it is effectively “held in reserve” and will not participate in disinfection or chemical oxidation reactions...

If the Cl attached to the CYA molecule does not participate in disinfection, what is the purpose of having the TFP recommended levels of CYA and FC. Does the chlorine "held in reserve" get released as it is needed? If not it seems like it is being wasted. Wouldn't the same effect be achieved with lower levels of both, especially if a SWCG is continuously adding chlorine?
Reactions: BowserB

The sign ⇌ means "are in equilibrium with". The reaction for the most relevant form of chlorinated cyanurate is this -

Chlorine is being constantly absorbed and released by the CYA. The reaction is fast and occurs on the millisecond time scale so as HOCl is consumed either by oxidation or disinfection, then the chlorine bound to the CYA molecule will be released and form a new equilibrium concentration based on the overall concentration of reactants and products. The CYA simply acts as the reservoir for holding the chlorine and keeping it in a form that is less likely to be degraded by sunlight.