We bought a pool with a house attached to in December and just opened it up two weeks ago. Mistake #1 was dumping everything from the cover into the deep end (accidentally...but a mistake nonetheless). The water was black for the first 4 days with the pump running constantly. Had the water tested and everything but Chlorine level were perfect.

I found PF and read a lot there and finally got fed up with my lack of results after going through all of the shock powder that the PO left us. I dumped 6 gallons of Ultra Bleach into the pool and also added my final 4 bags of shock. Within 10 minutes, there was a scum layer on the water as dead algae rose to the surface. The next day, the water was Emerald Green...better than black!

I continued to super chlorinate with bleach as the levels kept dropping to 0-.5ppm overnight. During the process, the Ph dropped to 6.2 (also using Trichlor tabs, which I've just read can lead to this) and TA to 50ppm. Added a box of Borax, 3 pounds of baking soda and pointed the eyeball towards the surface to aerate. Ph has crawled back up to around 6.8. Chlorine is holding at ~4ppm and TA is up to around 100.

The water is now blue with a grey cloudiness that is slowly filtering out (I can see the bottom in the shallow end now and down to about 5 feet as it drops off). I've run the skim-vac attachment to my vacuum head and have it sitting in the deep end in hopes that I'll pull the murk into the filter and speed the process up...but it's painfully slow. My wife is getting impatient - she wants to buy some clarifier, thinking that'll be the silver bullet that we need to magically clear it up. I'm not so sure.

I know the strips aren't the most accurate, but my only other test kit on hand is the drops for TC.

Considering that I wanted to fill the pool with dirt and am opening it so that my wife can play...I'll take any help I can get. 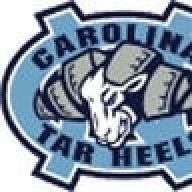 I'm going to let the pros weigh in on how to clear your pool and rest assured they will be along shortly.

What I can tell you is that you should go ahead and get a good test kit on the way if you haven't already. You can buy a great kit here at the TFTESTKIT link and you will be so glad you did when you see the difference a good kit can make in taking control of your pool.

Edited by SeanB to fix link.

It sounds like you have things pretty well in hand at this point. The only thing I would worry about is your PH. Try to get the PH to at least 7 as soon as possible. Very low PH can damage things. The final cloudiness will take a while to fully clear. It took our pump/filter a week to go from milky to clear this year after shocking at opening. Clarifier sometimes helps, but usually it doesn't make any difference at all, and sometimes it causes problems of it's own. I wouldn't bother with the clarifier, just run the pump 24/7 and keep an eye on the filter pressure and backwash when it goes up. 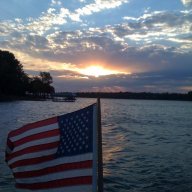 Probably the biggest problem you have right now is the testing. As you pointed out, the test strips aren't very accurate, especially for CYA which will have an effect on how much FC (free chlorine) you should maintain to get this cleared up. My first bit of advice is to get a good test kit. In my opinion, it is the ONLY way you can truly have a "Trouble Free Pool". Dave S. is selling one here on this site that is based on Taylor Chemicals and really is a steal at the $60 or so. You could also buy the Taylor K-006 but it is more expensive and has things you really don't need.

Let's just ASSUME your numbers are correct. You have 3ppm of FC and around 2ppm of CC (derived from your 3~5 TC as FC+CC=TC). If your CYA is is 40, then you should be maintaining "shock" levels of FC until this problem gets resolved. The reason why it is taking so long is that you obviously have not been MAINTAINING high enough levels of FC to kill everything. Using bleach, I'd get your FC level up to at least 15ppm (see chart below) and KEEP IT THERE until the water clears. No need for clarifier. I never recommend it period. The test strips will be useless at chlorine levels this high so get a test kit quick.

If you keep the chlorine up and have patience for a few days, the problem will clear up. Also, you still need to get the pH up. Shoot for 7.2 for now so the chlorine will be more effective. In subsequent post, please let us know what type of pool you have, how many gallons and what type of filter you are running.

Thanks Dave. I'll keep shocking it!

It's a vinyl liner, 17000 gallon in ground pool with a sand filter.

Keep the filter running 24/7 and backwash a couple of times a day. It will take about 3 1/2 gallons of 6% bleach to reach 15ppm IF you are at 3ppm now. I'd add a quarter of a box of Borax immediately to get that pH up. Re-test and add more if necessary.
If you keep the shock levels up, brush/vacuum/backwash, you'll be clear in no time.

I just thought of something else...The pool has a 'Dream Pools TA-60' sand filter. There's a plug in the bottom that had been removed for winterizing...would this have removed the sand also? It'd be a real hoot if I were running an empty filter for the past two weeks.

How do you check the sand bed on filters that are one big molded tank?

Is there a bunch of sand around the filter? It should be real obvious if the sand has drained out. As far as I know, the only sure way to tell is to remove the multiport valve on top and take a peak. Is this a Pentair filter (see http://www.h2oco.com/breakdowns/breakdo ... agelus.htm)

Sand would not have come out when the filter was drained unless it was broken.

It's a Pac-Fab TA-60...pretty old, looks like the one that Dave linked, but older. We just removed the only fasteners on it (6 screws around the valve) and this allows the valve body to be removed, but that's it. Looking down, there was a chambered device with small holes that go into the main body - but you can't see into the main chamber. I don't know if the entire top assembly twists off or what...

We did backwash and plenty of dirty water came out - so I'm guessing that I do have sand and that it is filtering. I'd love to find some information on the system, but it appears to be at least 20 years old.

The 'original version' looks like it's the one. So to look inside the unit or change out the sand you just unscrew the entire valve assembly from the fiberglass tank?

And here is a link to the manual http://www.pentairpool.com/misc/owners_ ... filter.pdf I can't imagine someone removing the sand for the winter however there are some real "shiners" out there

Gee...the 'Dream Pools' label was just a sticker. Peel it off and there it is in big letters - TAGELUS.

Thanks Dave. If the 6 way valve doesn't have an air bleed on it, do you just push down on the lever to bleed the air out of the waste fitting?

Honestly, I haven't a clue. I just bought a new home with a sand filter and I am still learning. I have always had a D.E. filter of my own however I did take care of a pool as a teenager that had a sand filter. They seem pretty straight forward.

Your Sand Filter Is Too Slow.

Sand Filters are notorious for slow clearing of cloudy pool water. To speed up the process I would suggest water clarifier or for extremely fast results I like Floc Treatments. The floc will work fastest, but requires the most work (vacuuming up the settled particles to waste) but a clarifier is a must I think in this situation.
P

David Hawkins,
I don't know if all sand filters are the same, but mine has a collar that holds the valve assembly to the filter body. Take the collar off. Then grab the filter assembly and pull up. It may be hard to get off. A little twisting as you pull might help. There is an o-ring that seals between the valve body and the filter body. That o-ring is the resistance you have to overcome when pulling it off. Hope this makes sense. As Poolgeek said, sand filters are slow, but I love mine. My water is crystal clear. See a picture here. You might be able to get better filtration by adding a little DE to your sand filter. I've never tried it though. Backwash, then set to filter mode and take note of the pressure. Then add a little DE and wait 10 minutes or so. Repeat until you see a rise of 1 psi.
D

Thanks for all the feedback. My sand filter definitely does not have any type of collar on it - it looks like the entire top assembly must thread into the pressure vessel. Since it's filtering (the pressure does change over time and murky water comes out on backwash), I'm going to leave it be.

It's good to know that sand filters are notoriously slow on things like this. I wasn't backwashing it much because I had read that they filter better as they accumulate dirt - is this a wive's tale?