Cloudy after a heavy rain... 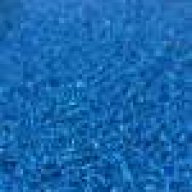 Hello all, we’ve had two significant thunderstorms in the last two weeks and each one has left the pool just a touch cloudy.

Case in point, yesterday I said to myself “Gotta top the pool off tomorrow!” Little did I know 5 hours later we would have a rain storm that would put almost 6” of water in the pool!

This morning I go out to look around and there are oak leaves in the pool from 2 houses down! Lots oflittle sticks and other debris as well.

So is the slight cloudiness simply from that much rain water and debris, or is there something a little off?

My Misses says I’m being picky because it always has the TFP sparkle!

As long as the FC has not fallen below minimum, it is most likely cloudy from debris and possibly a higher pH.

Check your chemistry, adjust, and run the filter.

PH! That may be the issue in combo with debris! Last nights storm was crazy!

FC hasn’t been out of range...

My pool loses its sparkle slightly (so slight most folks wouldn't see it, but *I* can) if the pH is too high. 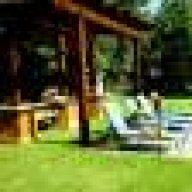 same thing here in OKC trees down lots of dust in the rain 80 mph winds i just cleaned filter and salt cell my water was dull i like it TFP style.

Lowered the PH and all is well 24 hrs later.

TRUE story, when we bought our pool 5 summers ago the LPS where we bought it had to come out and do something to the pump (can’t remember what now) and the two guys that were here were saying they had never seen a pool sparkle like that and that it almost looked photoshopped and a few other comments. Then comes the question “What chemicals are you using? Baquacil?” (which is what they pushed at the store)

“Ooooooh yea, we’ve heard of that but it’ll never work!”