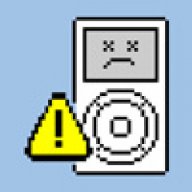 My SWG won't turn of due to a low salt warning it's throwing me. The equipment is reading 2200 ppm but my testing is consistently saying 3400 ppm. Obviously, the water is where it's suppose to be, salt-wise. I clean the cell at regular intervals. When this has happened in the past, I'll do an additional cleaning and it will usually bring the equipment reading within 200-300 ppm of the actual testing. That isn't happening this time around and is remaining at the 1200 ppm difference.

The cell (and all other equipment) was installed September 2016, so we're coming up on four years old. Is it time to replace the cell entirely? Should I try something else?

Here is the procedure for ProLogic, AquaLogic and AquaPlus:

Go to the diagnostic screen, note the readings and then press the + button to reverse the polarity.

When the new numbers appear, see what they are.

Then, press + again and note the new readings.

What are the first seven characters of the cell and box serial numbers?

Is the T-cell size set correctly in settings?

You need to be really sure about the actual salinity reading.

You need to use a K-1766 salt test kit or a calibrated meter. Update on this. I cleaned the cell again this week. It is now reading 2400 ppm. High enough that the cell doesn't shut off from the low slat warning, but still a 1000 ppm difference. I'm happy it's staying on, but this is the largest difference I've ever seen from this much servicing of the cell.

Probably a dying cell. You can change the cell type to T-5 to get a little bit more life from the cell, but it's probably time to replace the cell. I would recommend a T-15 as a replacement.

JamesW said:
Probably a dying cell. You can change the cell type to T-5 to get a little bit more life from the cell, but it's probably time to replace the cell. I would recommend a T-15 as a replacement.
Click to expand...

Ok, so this is how a cell starts to die then? It just kinda loses it sensitivity? Also, you can drop in any cell into the system? I know you define which cell you are using in your settings, but I didn't know you could simple use whichever cell you wanted. I thought they were specific to the system. What's the difference between them?
J

The cells are all the same dimensions outside. The difference is the amount of plate surface area, which determines the chlorine generated per day.

JamesW said:
The cells are all the same dimensions outside. The difference is the amount of plate surface area, which determines the chlorine generated per day.

Typical cell life is about 8,700 hours of actual generation.
Click to expand...

That makes sense. So why would you recommend a T-CELL-15 over the 9 for my 21k gal pool? What advantage does going to a stronger cell provide? Are there any disadvantages?
J

Also, the pump does not have to run as long to meet the daily chlorine demand. This was more important with single speed pump. Variable speed pumps can meet the flow requirements of the cell for minimal cost. So, the savings are not a big deal.
C

The difference is actually the number of plates inside the cell. The plates are all the same size no matter which size cell you use.


JamesW said:
The cells are all the same dimensions outside. The difference is the amount of plate surface area, which determines the chlorine generated per day.
Click to expand...

chlorinatorpro said:
The difference is actually the number of plates inside the cell. The plates are all the same size no matter which size cell you use.
Click to expand...

That’s true for some cells where they have 7 or 13 plates, like the AquaPure 700 vs. the 1400 or the IC20 vs. the IC 40 or the AutoPilot, but I don’t think that the Aquarite has anything except 13 plates with the plate size being different for each cell.

What makes the difference?

Hayward Aquarite comes in 3 different.."capacities". The AQR3....9....and 15 rated for 15k gallons, 25k, and 40k respectively. What exactly makes these cells different in their capacity to generate more and more FC as they get larger. Is it the thickness of the titanium or the coating that is...

The T-3 produces about half as much as the T-9, so it might use 7 plates that are the same size as the T-9 plates or 13 half size plates.

I’m pretty sure that Hayward, Jandy, Pentair and Autopilot all use either 13 or 7 plates depending on the output.

You can control output by changing the number of plates or the size of the plates or both.

Hayward uses a fixed voltage. So, the plate number and spacing has to be the same. The number of plates in series is 7, which controls the voltage between plates.

For the T-15 with 13 plates, the plates are actually two sets of 7 plates with the center plate going to both sets. The 7 plates are in series and the sets are in parallel.

Probably need someone to cut open the cells and count the plates.
Last edited: Jul 19, 2020
C

Since I only sell T-15 equivalent cell I haven't given much thought to other models having smaller plate surfaces. I assumed that all the cell models used the same length housing that plates fit into. Why have several sets of housings? I'd say the Salt Solution guys would know for sure since it's all they do.
C

So it turns out James is correct (no surprise). Spent yesterday chopping up the Hayward t-15, t-9, and t-3 cells.

The results (easier to see difference if I use millimeters):

OK, thanks for that good information.

Based on that, I think that the T-5 probably has (7) 150 x 63 mm Titanium Plates.
Reactions: chlorinatorpro

I have a Circupool Universal 40 that is just about the same as the AquaPure/T-15 setup. I think Hayward has extended life cells available now, but the normal ones (like my CircuPool) are supposedly three-four year life cells. They are unfortunately fixed life, like any other SWCG. The running as a T-5 is an interesting idea though in the meantime. The salt level is calculated from the Current supplied from the fixed voltage. So if it's dying that is going to be similar to having reduced plate size. And that calculation will change what the control unit thinks the salinity level is. But practically it's time to replace the cell.

I find all of those differences interesting. Supposedly the CircuPool generates a little more than the T-15.. I wonder if the plates are bigger still in the Ui/Si 40 cell? (Or they allow to run at a higher current?) There is no doubt that the same Chinese manufacturer makes both units. Some of the parts look to be interchangeable and I can use the on-line AquaPure schematics to follow the circuitry inside of the Universal 40. The only real difference is there is no RS-485 line driver for the line driver for remote, and the DSP board is laid out with the LED's horizontally.. but it still has a REMOTE LED on it! The power board is the same except for no line driver. I do like that there is so much info out there for the Hayward. So far everything that I have read about the Hayward applies to my Universal 40...
You must log in or register to reply here.
Share:
Facebook Reddit Pinterest Tumblr WhatsApp Email Link