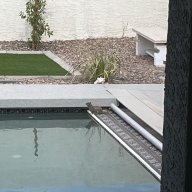 I’ve heard to run it through the hottest part of the day as the action of the water makes the chlorine last longer?

On average how many hours per day?

By no means am I as experienced as a lot of people on this forum, but I tend to run my pump 12 hours per day. I tend to run it from 12AM - 6AM (I have discounted electricity off hours) and then from about 11AM - 5PM (when we would most typically be in the pool). I've never factored in what will make the chlorine last longer - I can't imagine it makes a huge difference but could be totally wrong.
Reactions: joshuaj1975 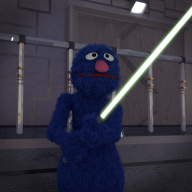 I don't think moving the water has much to do with keeping chlorine levels up. Maybe it helps by mixing, so that as chlorine gets consumed by UV, it allows the equilibrium reaction with the CYA to give up hypochlorite faster. I kinda doubt it though.

Most of the advice to run the pump in the daytime is in regards to SWG. Since the biggest demand on chlorine is during the day (UV exposure), you want to be adding chlorine if possible to offset that loss, so you don't experience a dip (especially at a time when the light could benefit any potential algae). With a SWG, the pump must be running to generate the chlorine (and with tablet feeders and liquid feeders, the same applies). So to add chlorine while it's under greatest demand and algae has the highest support, you would want to run the pump in the daylight hours.

There are advantages to running at night, though. In areas with off-peak billing, the electricity will be cheaper after bedtime. Also, it can help to cool the water a bit by encouraging some evaporation.

This is one of the big advantages to variable speed pumps. It becomes possible in many cases to run the pump 24/7, for most of that time at a low speed, cheaper than running a traditional pump for 8 or 12 hours. Then, you realize some additional advantages: continuous skimming, continuous chlorine production, and at a lower cell duty cycle for SWGs.
Reactions: joshuaj1975
M

It's worth considering your electric rates. My peak electric rates start at 4pm so guess when my pump doesn't run!
You must log in or register to reply here.

G
How long to run the pump