My FC seemed high using the Taylor's drop test so I took a sample to a couple of pool stores to see what their test would show. My testing indicated 7ppm and both pool stores showed 5 ppm. I recently bought replacement reagents for the R-0870 and the R-0871 which were a couple of months over a year old. I have been using the new R-0870 as I had run out of the old. However, I was still using the old R-0871 as there was still some left and everything had been stored in the original case out of the heat and sun. I thought just for the heck of it I would use some of the same water I had used for my test and the pool store test and use the new R-0871. The result was 5ppm instead of 7ppm. This appears to indicate the old reagent was bad. I wonder how long has it been bad and how should I have known?

I can't help but wonder if it wasn't so much the R-0871 product as perhaps the bottle's tip influencing the droplet size. @OTPirate any thoughts?

Not sure if your test was conclusive since water that has sat for a bit will lose its chlorine. A better test would be to test your pool water back-to-back using both the old and then the new. That will give you a better indication of whether your old R-0871 is actually bad or not.

On a side note, I have nearly the same size pool as you. For me there is absolutely no way I can ever have expired R-0871 with my testing routine. I will easily go through a 2 oz bottle of R-0871 in a year. How did you stretch it out for so long?

I would make it a habit (I do) to replace all my testing reagents yearly. That way you never worry about expired ones.
Reactions: Leebo
S

If I compare the two tips, the tip on the new bottle looks considerably smaller than the old bottle.
S

Holydoc,
The water was in a sealed container and to verify the results I used that same water with the old reagent and still came up with 7ppm.

Thanks for the clarification Steve. That does make you scratch your head. Maybe Texas_Splash and you are on the right track with the tip. However that would be disheartening since if it is the tip, then your measurements have been off since you had the bottle. I am hoping the reagent was passed its expiration. Keep us informed.
S

I'm assuming the smaller tip on the new bottle would cause smaller drops therefore giving a higher not smaller reading. 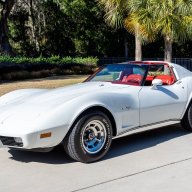 I have always suspected that there is considerable variability in the tips bottle-to-bottle. Swap the tips and test. I did at one point and found that the results varied.
T

I have two bottles of R-0871, one from the Taylor kit and one from TF Test Kits. They produce different sized drops, resulting in about a 1 ppm variability in results.
S

Not getting proper CC reading from R-0600 reagent?

R 0014 not available in Canada