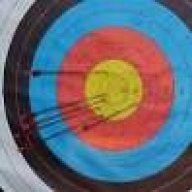 I went to open the pool cover today, it opened maybe 6 feet but then stopped; the first arm and rope reel are spinning, but the cover reel is not.

When closing the cover reel disengages and spins freely as the rope pulls the cover closed via the pulley system. When opening it locks and spins to roll up the cover, pulling it open. I'm assuming that whatever mechanism engages the reel to spin it in the opening phase broke.

Is anybody familiar with how these work or what might have happened? I'm pretty handy, so if I know how it works I might be able to fix it, but this is a tight space, lots of bolts, and very heavy stuff, so I'd rather not be taking it all apart to look around and try to figure it out; it'd be ideal to know what I'm looking for and going straight to that part.

We're having the pool remodeled this summer and will need the cover taken off and re-installed; I'd rather not have to have the cover company come out and do a bunch of work now, just to pay to have it all re-adjusted again in a couple months. What manufacturer & model cover do you have?

I believe it was originally done by Automatic Pool Covers, Inc. | Your Safest Option but I'm not 100% sure. We were told it had to have been custom because it's about 35'x50' and they don't typically make them that big. So I don't know about all of it, but it uses Coverstar ropes, wheels, etc.

Did you try it more then once and did it stop at the same place/point. If it's stopping at the same point maybe it's hanging up on something. So that you know it's a hydraulic motor setup.The main part that gives it the ability to freewheel one direction and pull the other direction is called "double dog brake" used in almost all automatic pool covers. I think the grease zerk you see in the picture has the brake inside of it but usually this DDB is visually seen but not sure on your setup where it is. Sounds to me like it's hanging up in there. Give it some grease and switch the directions back and forth some. It may loosen up.
Last edited: Apr 5, 2020

Yes, tried more than once, and let it spin for a while, the rope portion spins to let out the rope, just not the piece where the cover is attached. The rope does get stuck sometimes, folds over itself when closing, then when opening the rope reel can't spin because the rope is stuck on itself and can't unwind. This happened yesterday, the cover will stop opening and that's usually my clue; I stop, loosen (close) it a touch, go take the cover off of the reel enclosure, and pull on the rope to pull it out from under itself. After that it will spin freely and then can open without issue.

The cover is huge, and it's an L-shaped pool, so the corner drags over the pool deck which adds resistance. The combination (plus it's old) means it doesn't roll smoothly and so the rope folding over or getting stuck isn't super uncommon. I keep a crow bar in the pool house; sometimes I need to hook the bar at the end of the cover and help pull it closed while somebody else turns the key if it's not running as smoothly. Sometimes it can't close by itself (especially if it's rained and the top is wet - gets a lot heavier), but I also don't want to break the expensive ropes (I've had to replace each at least once). Anyhow, I've never had an issue with it not being able to open (other than the rope getting stuck occasionally, which is an easy fix).

I did check the oil in the motor in the pool house, it's good. I did also grease the reel via the zerk. I opened the cover a couple weeks ago to run the vacuum a couple times to get out the winter leaves and worms, but was opening it yesterday to un-winterize the pool; I don't know how much I'm supposed to grease the reel, but I usually do 2-3 pumps in the spring when opening it, so I had done that yesterday.

I did some research last night on the Coverstar parts; I don't know that the below image is exactly what I have, but I figured close-enough to see how it works, and I do see the DDB's. That said, I still don't understand what could be going wrong; because the rope reel is spinning, I assume it has to be something with the DDB between it and the cover reel/arm, but it's basically just a piece of metal with grooves, so unless it just broke inside of the arm or something, I don't know. I was able to close the cover okay, but when turning the key to open it doesn't do anything (other than turn the rope reel and unwind it, which then gets tangled if I do it too much).

One question I had was if it's possible to over-grease it since the DDB is enclosed; could that cause separation between the gears and maybe it's slipping over it? If so, is it possible to drain it?

In terms of troubleshooting further, it seems like my only option would be to take apart that entire enclosure to be able to separate the pieces; which doesn't sound like a lot of fun... From the diagram the grease zerk is for freewheeling when the cover is closing. Most likely one of the pins or screws on the DDB broke and it's not working as designed. From what I can tell is the DDB is inside the drum/hollow portion of the rope reels. You may be able to take the motor off ,reels off to get to the DDB without taking the heavy cover out. Another way would be to support that whole end and dismount the axle from the cover drum and remove the complete drive end and take it from there. Give them a call tomorrow and see if they can explain and give you some more guidance as far as the DDB goes and how to get in there.
W

Thank you, that's a good visual.

As per that video and previous conversations, my assumption is that the issue is that the pin broke in the dog break. I had some time today so I ended up taking the entire assembly out of the housing, however, I couldn't figure out how to open/disconnect it to see the gear rod and dog break within the tube. I kind of assumed it just fit together and was held that way by the way it mounted to the housing and braced between that and the cover drum. The end that attaches to the cover would slide about an inch, maybe a little more, but not come off the end, and other than the screw that attaches the whole thing to the motor, I didn't see any other screws/pins/etc. that would allow you to take it apart to see the inside pieces.

Anyhow, if anybody knows of some trick to get the pieces to separate I could try again, otherwise I might be calling the shop. They said it's $214/hr plus parts, so I'm assuming $300 minimum (no idea how long it'd take them to fix the break if that's the issue). Otherwise it looks like I could buy an entire new assembly for $650, but I would hope it's a lot less than that just to replace the break or a pin in it...
W

Not knowing your exact model we need to assume the motor shaft and the shaft of the brake mechanism are coupled together just forward of the hydraulic motor where I've put a green arrow. Dismantle from that end and see how to go from there.

So how did you make out on the cover issue ?

I had taken it apart, couldn't get the end piece to separate, but released some of the hydraulic fluid and spun everything around, pushed it in and out, etc. I put it back together and it still didn't work, came back a couple days later and it worked; I was able to open the cover part way, I then changed out all of the pulleys because most were broken, and it opened the rest of the way no problem. So I don't know if something about messing with it and loosening it up worked or what. And not sure why it worked after a few days but not right away unless it took time for the hydraulic fluid to even back out within the lines.

I then went back later that night and it wouldn't open again. This time I tightened up the break that sits over the rope portion so that it wouldn't unwind the rope when I tried to open the cover and the cover portion wouldn't move, and after that it worked.

So first time I don't know; I tend to just take things apart and then they work half the time when you put them back together, seems that's the case here. Second time the break must have been too lose and that must interfere with the dog break engaging properly (or maybe that was the problem the whole time and the one time it worked was a fluke).
W

Ok, good to hear something but still some uncertainty never the less.
R

Could have been the pulleys, too. If a rope was hanging up on opening it would drag one side until it locked the cover in the track. The front bar does not move if it is crooked in the track.
You must log in or register to reply here.
Share:
Facebook Reddit Pinterest Tumblr WhatsApp Email Link

why won't Rainbow drain and / or how does check valve work